Packs of crystal methamphetamine are displayed in front of Muno police station following the arrest of two drug suspects in Tak Bai district, Narathiwat in the early hours of Thursday. (Photo: Waedao Harai)

NARATHIWAT: Two men have been arrested and 1,420kg of crystal methamphetamine found hidden in a trailer truck in Tak Bai district of Narathiwat in the early hours of Thursday.

A combined team of police, soldiers and local officials was dispatched to Padador village in tambon Na Nak of Tak Bai district following information that a large quantity of illicit drugs would be smuggled into this border area.

At around 2.30am, the team noticed a 18-wheel trailer truck with Surat Thani licence plates parked along a local road in Padador village.

Two men -- identified later as driver Somchai Thiankhrue of Nakhon Si Thammarat’s Tha Sala district, and passenger Khamron Chanthamanee of Songkhla’s Singha Nakhon district -- were inside the truck. Officers then asked to search the vehicle, which was loaded with steel bars.

The two men gave conflicting statements and acted suspiciously during questioning. The officers then took the pair and their vehicle to nearby Muno police station.

During the search, the security team found 35 fertiliser sacks containing 1,420kg of crystal methamphetamine hidden in the trailer truck. 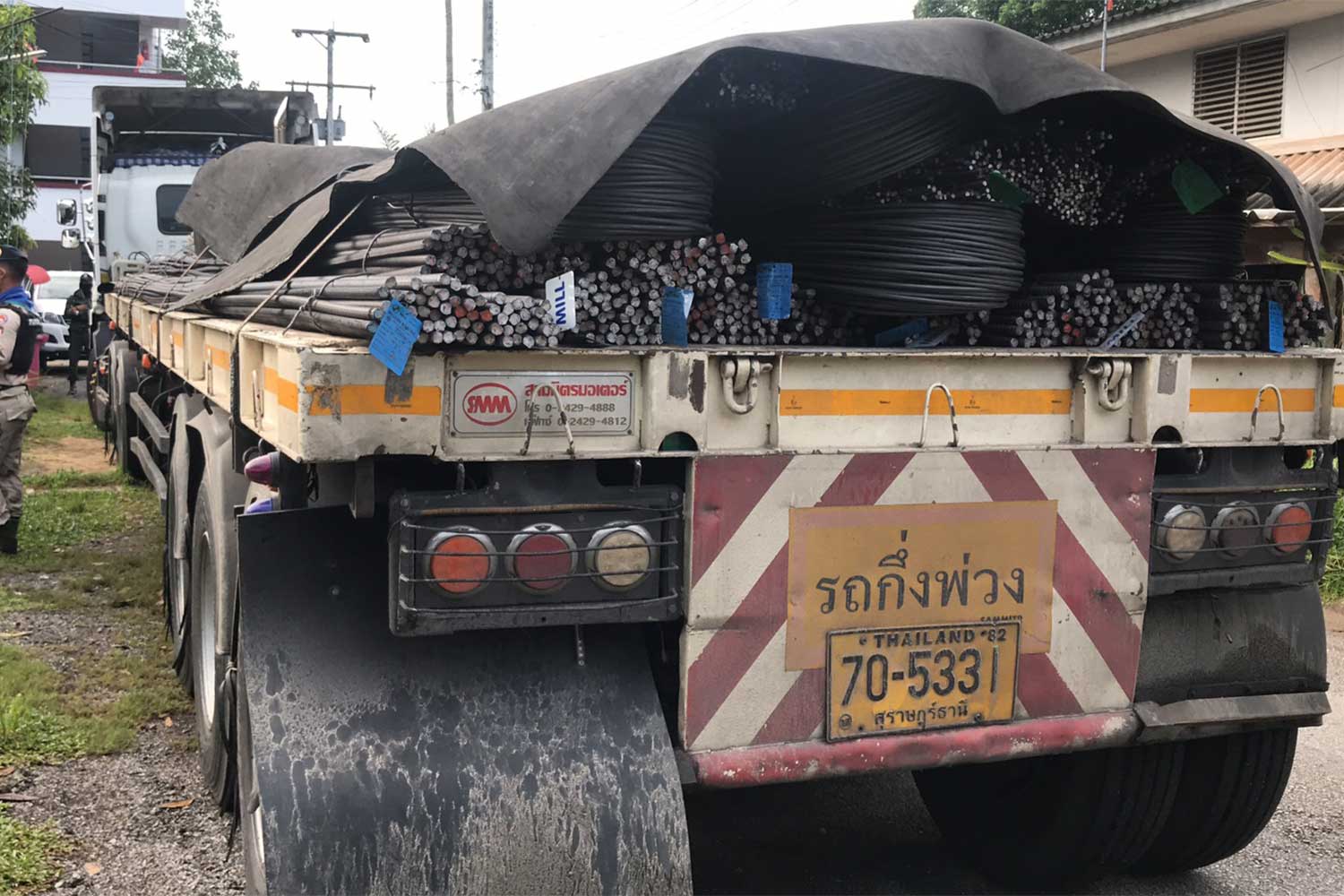 Mr Somchai and Mr Khamron told police that a man identified as Arwae Mohbakor, of Tak Bai, had asked them to meet him in the village and then follow him to deliver the drugs to another venue in Sungai Kolok. The drugs were destined for a neighbouring country.

The combined team went to Mr Arwae’s house in Tak Bai and his wife’s house in Sungai Kolok, but the couple managed to flee before the team arrived.

Authorities have ordered personnel at checkpoints along the route in this southern province to inspect vehicles carefully and hunt down the couple.

The seized drugs had a street value of over one billion baht, members of the arresting team said. 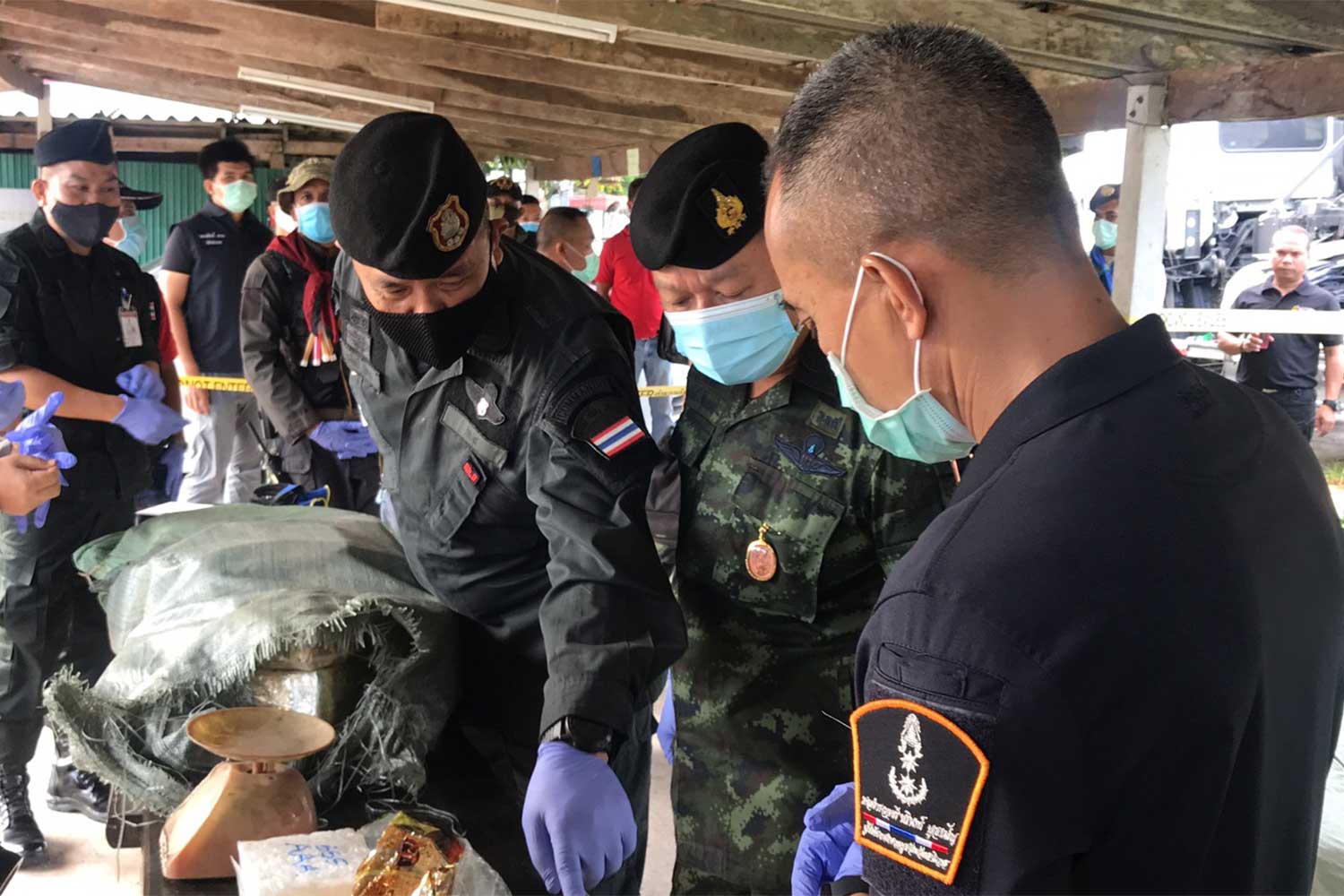