No local transmission for 40 consecutive days

A new Covid-19 laboratory for polymerise chain reaction (PCR) or antibody tests at Suvarnabhumi airport on Friday. Airports of Thailand has stepped up preventive measures at the international gateway as the country reopens for limited international arrivals. (Photos by Somchai Poomlard)

Five new coronavirus cases, all quarantined Thai returnees, were reported on Saturday, marking 40 days in a row with no local transmission.

The new patients returned home from Kuwait (1), the United Kingdom (1) and Sudan (3).

Of all 3,185 cases to date, 3,066 were discharged, with 61 still in hospitals. The death toll remained at 58, according to the Centre for Covid-19 Situation Administration, which no longer held daily briefings and updated the data on its Facebook page.

The returnee from Kuwait, a 24-year-old masseur, was quarantined in Bangkok. He arrived on Monday and tested on Thursday.

The Thai from the UK, a 41-year-old teacher, arrived on June 26 and was quarantined in Chon Buri province. She was asymptomatic and tested on Wednesday.

The three students from Sudan, aged 23 and 25, were also quarantined in Chon Buri after they arrived home on June 24. They showed no symptoms and were tested on Thursday. 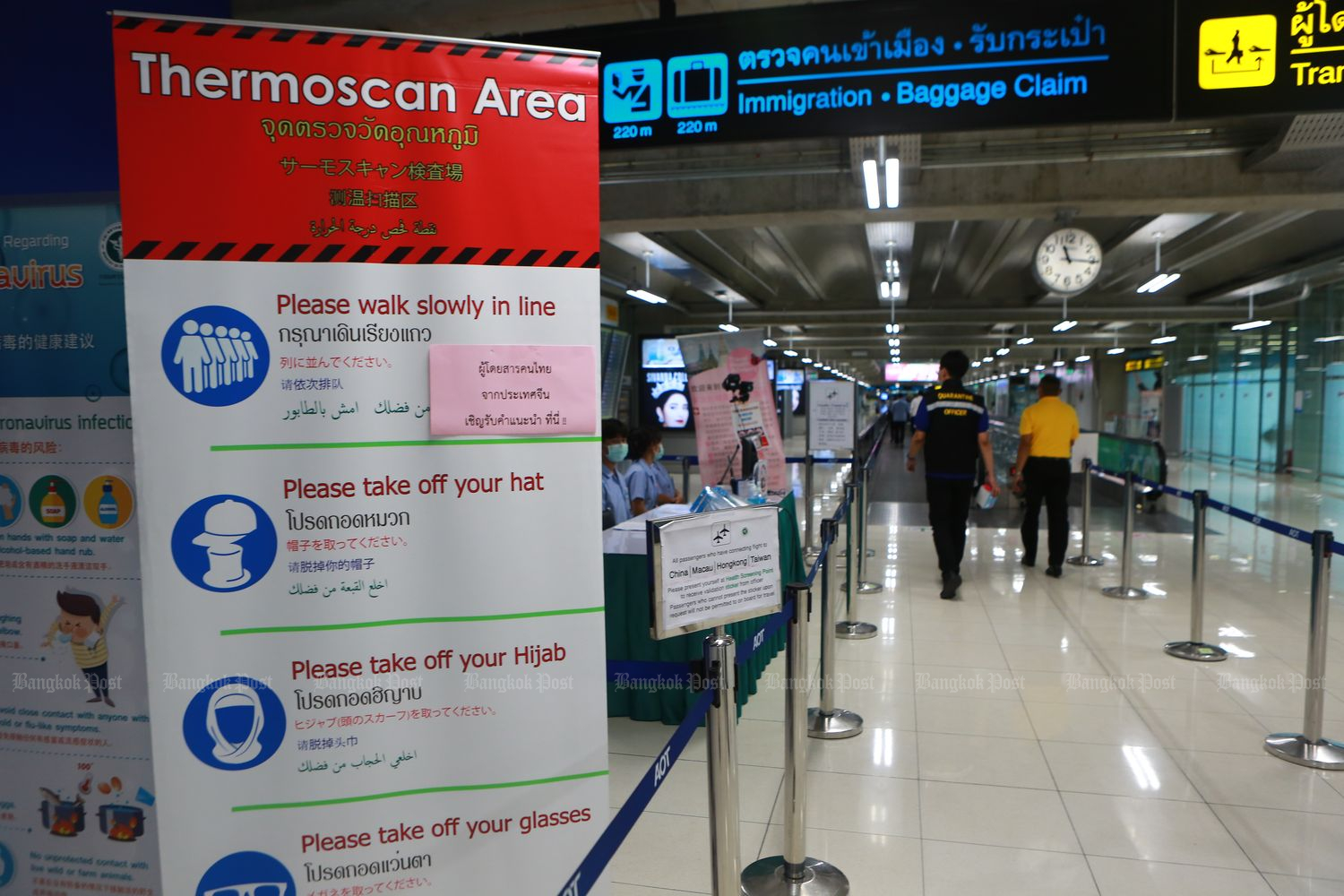 PHUKET: A Swiss man hanged himself in Thalang district of this southern resort province on Saturday, police said.

Jutamas Jitpong lost to Turkey's Buse Naz Cakiroglu on Sunday in quarter-final bouts of the women's flyweight (51kg) division in the Tokyo Games.