A referee and Muay Thai boxers wearing face shields gather before their fight in front of empty spectator seats behind closed doors due to the spread of the coronavirus disease (Covid-19) at the Siam Boxing Stadium in Samut Sakhon province, on Saturday. (Reuters photo)

The government on Monday reported five new imported coronavirus cases, taking the total in Thailand to 3,195.

The new infections were in Thai nationals who recently returned from Kuwait and were in state quarantine, the Centre for Covid-19 Situation Administration announced on its Facebook page.

Four of the new cases were males who worked as labourers, while the fifth was a masseuse. All arrived in Bangkok on June 29 and entered state quarantine in the capital.

Three tested positive for the virus on Thursday and the other two on Sunday. None of them showed symptoms of the disease.

Two infections were found yesterday on the same flight from Kuwait, which is now second to Indonesia on the list of sources of imported coronavirus cases in Thailand, according to the Disease Control Department. A particularly high percentage of people returning from Kuwait have tested positive.

The government found 69 out of 1,292 Thais who returned from Indonesia were infected – and 49 out of 292 from Kuwait.

The novel coronavirus has killed 58 people in Thailand since it was first detected in January, while 3,038 patients have recovered.

One person was added to the tally of recovered cases in the past 24 hours, and 65 are hospitalised. 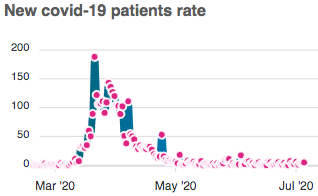 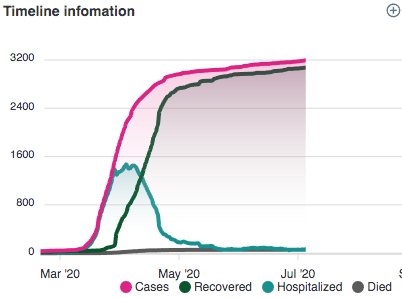 Pupils in dope clip get reprimand

The government has reaffirmed it is illegal for students to smoke cannabis in schools and for vendors to sell cannabis to people aged under 20 years old, deputy government spokeswoman Traisuree Taisaranakul said on Wednesday.

Investors in cannabis businesses are calling on the government to clarify its support as well as laws related to cannabis usage, fearing the fledgling industry may be affected by the House of Representatives' withdrawal of the Cannabis and Hemp Bill from its agenda earlier this month.