A touch of the 'art de vivre'
Thailand
General

A touch of the 'art de vivre'

France is opening the door to Thailand, its oldest partner in Southeast Asia, again after the coronavirus outbreak saw international flights suspended for nearly four months. 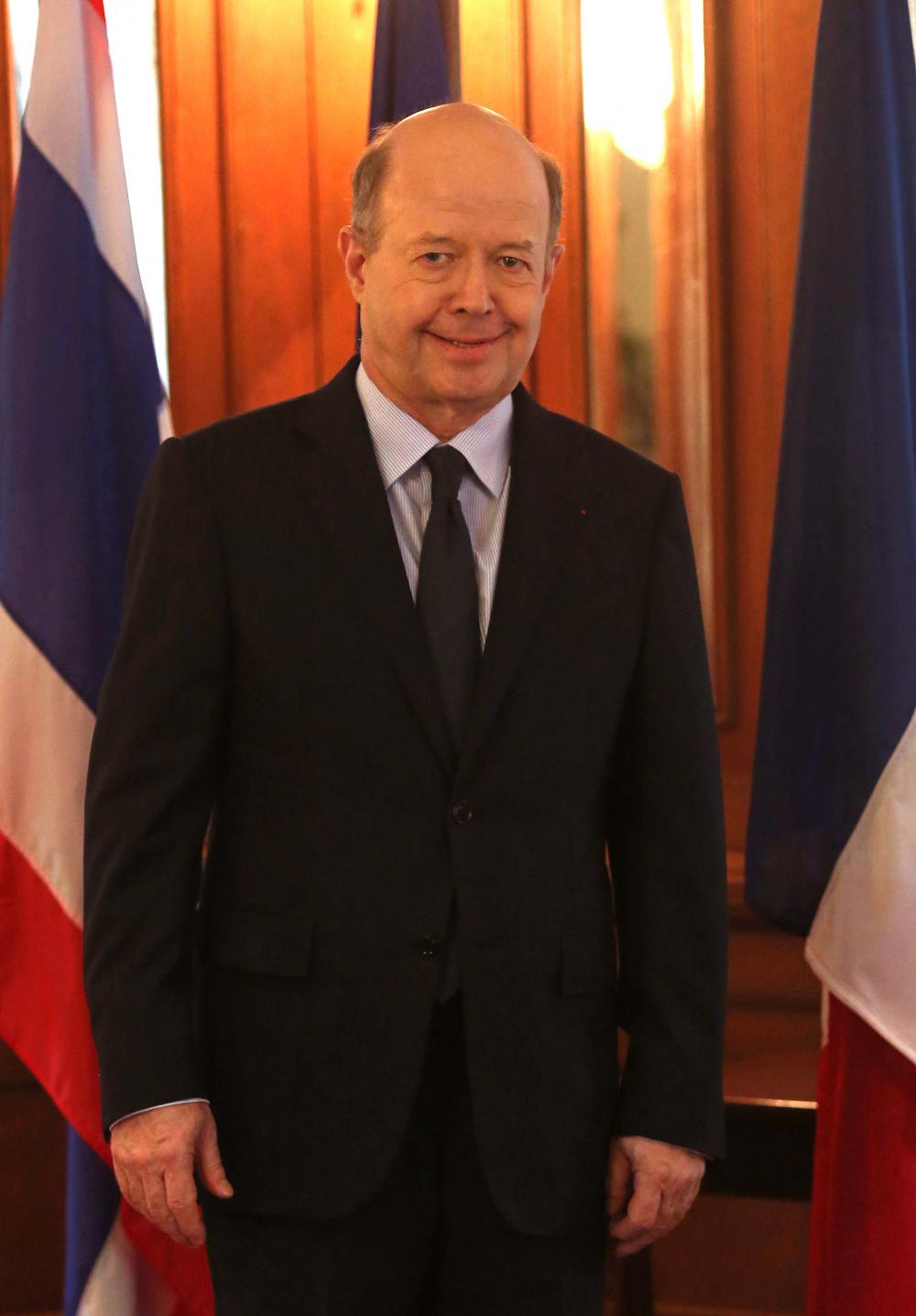 In an interview with the Bangkok Post, Jacques Lapouge, France's ambassador to Thailand, said his nation is welcoming Thai tourists back now that the European Union has reopened its border to 15 virus-contained countries since July 1.

"After a suspension of three and a half months, Thais will be able to apply for visas as usual on the France-Visas website and there will be no change in the visa policies. We hope French people will also be allowed to travel to Thailand again soon," he said.

He issued an invitation to the embassy's digital celebration ahead of French National Day tomorrow although the French and their friends around the world cannot lavishly celebrate during the coronavirus outbreak as they do every year.

July 14 marks the anniversary of the storming of the Bastille prison, which signified the beginning of the French Revolution in 1789. The annual national holiday features fireworks, parades and French flags.

Mr Lapouge said the embassy has dedicated itself to its nationals over past months by organising repatriation flights for over 5,000 tourists and helping residents who were facing economic woes, especially those in the tourism sector.

"We are also supporting healthcare services, in particular among vulnerable populations, because no one should be left behind. With our two flagship projects, M-Fund and Napneung, we are contributing to ensure access to healthcare coverage for migrants living on the border between Thailand and Myanmar and testing and counselling services for sexually transmitted infections among marginalised populations," he said.

Mr Lapouge said the Eastern Economic Corridor (EEC) continues to be the major venue for cooperation between the countries. Many French companies are key players in the innovation industry, for instance, Total (bioplastics), Suez (sustainable energy) and Revima (aeronautics). Despite the impact of the coronavirus, he stressed the mutual relationship will hold up.

"Cooperation with Airbus, for instance, will remain strong, with the delivery next year of a second observation satellite to Thailand. Scientific cooperation remains a key factor of our relationship, and this contract is a perfect example of our collaboration in advanced technologies," he said.

"Market access for agricultural goods remains a priority for France and we are working together with Thai authorities and the EU delegation to offer greater access to French products for the Thai public," he said.

In such trying times, mutual cooperation recalls the long-standing friendship between Thailand and France. Last year marked the 333rd anniversary of the first Siamese envoy to France in 1686. It was led by Ok-Phra Wisut Sunthon, known as Kosa Pan, who was sent by King Narai the Great to present a letter seeking an "eternal alliance" to King Louis XIV in 1686.

Mr Lapouge expressed France's commitment to fostering cooperation with Asean in all sectors. France is the first European country to accede the Treaty of Amity and Cooperation (TAC) in 2007.

"Under its current strategy in the Indo-Pacific, France, with several overseas territories and 93% of its EEZ [Exclusive Economic Zone] located in the area, as well as 1.5 million citizens, intends to increase its involvement with Asean, a major global economic player in this region," he said.

Mr Lapouge said France has submitted its candidacy to become a development partner of Asean and hoped this will be a major achievement this year.

Paris has contributed to a total of more than 1.5 billion euros of bilateral and multilateral official development assistance to the region over the last three years.

Learning about each other

Mr Lapouge said Thais can enjoy more about the history of relations between the countries at Franco-Thai cultural centres, including Alliance Française and its little sister in Chiang Mai. In addition, there are French exhibitions, films and food all year round.

"I know that many Thais appreciate the French art de vivre, in particular fashion and French gastronomy. They can enjoy them everywhere in the city, in restaurants and in the shopping malls," he said.

The ambassador said there are around 40,000 French nationals in Thailand, most of whom are working for foreign companies in Bangkok or running their own businesses in Phuket or Samui.

Looking back, Mr Lapouge said he was lucky to have arrived in Thailand at a pivotal moment.

"[There were] the general election in March, 2019, an important step towards a democratic institution, the splendid coronation of the King, which showed the unity of the nation, and the presidency of Asean, which reflected the dynamism of Thailand's [foreign] diplomacy, especially with the adoption of the Asean Outlook on Indo-Pacific," he said.

After taking up his post in Sept 2018, has enjoyed visiting world-famous beaches and historic cities, including Sukhothai, Si Satchanalai, Kamphaeng Phet, Phanom Rung and Phimai.

"I'm impressed with Thai people's hospitality and kindness. I also like the way that modern life and the attachment to traditions combine in harmony here," he said.

"And finally, I notice every day the many assets of the country, be they economic, touristic or agricultural."