Police at the scene of the shooting at a house in Krasang district, Buri Ram. A police senior sergeant major has been charged with attempted murder after shooting his neighbour over the loud music played by the victim's son. Inset taken from the daughter's video. (Main photo: Surachai Piragsa)

BURI RAM: A policeman has been charged with the attempted murder of his neighbour, who was shot twice in a dispute over his son's stubborn insistence on playing very loud music at his home in Krasang district.

He confessed to firing shots at Rom Raroengying, his neighbour, at Ban Samrong around 11.50am that day, said Pol Col Wisanu Apornpong, chief of Krasang police.

Mr Rom, 51, was hit in his left leg and left side of his ribs. Medics gave him first aid before taking him to Buri Ram Hospital..

Mr Rom's mother-in-law, Choi Yodkhrue, 63, told police she saw the sergeant major walk towards Mr Rom's house and then fire a shot from a handgun that hit the door.

The teenager fled in panic. Mr Rom was returning to his house after work and saw what was happening. He called out to the angry sergeant major to stop firing his gun.

Pol Snr Sgt Maj Chaiyong responded by firing two shots at him. Mr Rom was hit twice but managed to run away away, she said.

The shooter chased him down and assaulted him, according to Mrs Choi. She called out to her neigbhours for help, and phoned for the police.

Ms Suphansa, 17, the victim’s daughter, used her mobile phone to video the incident as she repeatedly also called out for help.

The police sergeant's elder brother, Chaiya Jaemrungroj, 60, said his brother and the victim's son frequently quarrelled over the volume of the loud music the teenager liked to play. He suspected his brother's patience had finally run out. 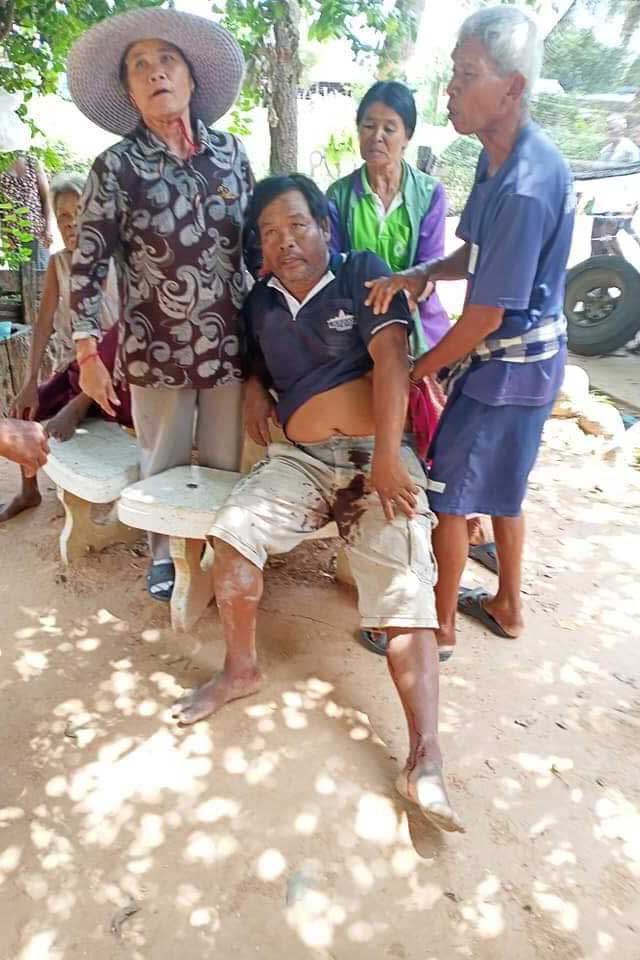