Hundreds of people, tracked down by the Thai Chana app, queue to be tested by officials from the Disease Control Department at the CentralPlaza Rayong department store in Rayong. (Photo: Arnun Chonmahatrakool)

Prime Minister Prayut Chan-o-cha has ordered authorities to review privileges given to foreign diplomats and family members, and military delegations after an Egyptian soldier and the daughter of a Sudanese attache who tested positive were exempted from quarantine.

He ordered the Centre for Covid-19 Situation Administration (CCSA) to review the easing of Covid-19 restrictions to plug loopholes in disease control measures.

Besides diplomats and their families, flights from foreign countries, including military aircraft, will have to follow these measures, Gen Prayut said.

The prime minister, who chairs the Centre for Covid-19 Situation Administration (CCSA), on Tuesday apologised to the public for an incident in which an Egyptian soldier confirmed to be infected with Covid-19 was found to have visited shopping malls in Rayong province.

As a result, 1,889 local people who went to the same malls as the Egyptian who tested positive now face home quarantine.

"This incident should not have happened. It's a lack of discipline, showing disregard for the rules and the common good," Gen Prayut said.

Gen Prayut said the visitors who left the quarantine facility breached regulations. He has asked the Foreign Ministry to discuss the matter with the Egyptian embassy in Thailand.

"It was a lack of responsibility and failure to keep a promise. But they [the Egyptian delegation] still ventured outside. I've told the Foreign Affairs Ministry to discuss the matter with the [Egyptian] ambassador to make sure this will not happen again," Gen Prayut said.

"All flights will not be allowed into Thailand temporarily until the problems are fixed. The CCSA has been told to review the easing of the measures. This problem has affected public confidence and safety. The government will do its best. Give the CCSA some time to fix the problem," Gen Prayut said.

However, there was no need to put the country back under a lockdown, though proper measures will be devised to respond to the current situation, the prime minister said.

Gen Prayut also expressed concern that many Thais and business operators are lowering their guard, adding that he has ordered officials to ensure that premises, particularly nightlife venues, strictly follow health measures.

Taweesilp Visanuyothin, spokesman of the CCSA, on Tuesday that in future arriving foreign diplomatic staff and their families would have to stay for 14 days at "alternative state quarantine" facilities that the government would arrange. It would be dangerous for them to stay at embassies, he said.

Privileged visitors are people the prime minister or an emergency state supervisor have invited to the country. Business reps under special arrangements plan on only short stays. Both categories have been allowed in since July 1.

The Sudanese attache's family had been staying in Bangkok, he said, on the 19th floor of the One X condominium building, which has 329 rooms -- 200 of them occupied. About 70% of the residents were foreigners, Dr Taweesilp said.

Fifteen other people who used the same elevator the family used were deemed at low risk of infection, he said. The family and drivers would be tested today.

Bangkok governor Aswin Kwanmuang said on Tuesday that all foreign visitors must inform authorities of their residences and travel schedules. Violators will face legal punishment under the Communicable Disease Act, he said.

The CCSA on Tuesday reported seven new imported cases of the novel coronavirus, all Thai nationals who recently returned from abroad -- six from Egypt and one from the US. The death toll remained unchanged at 58. 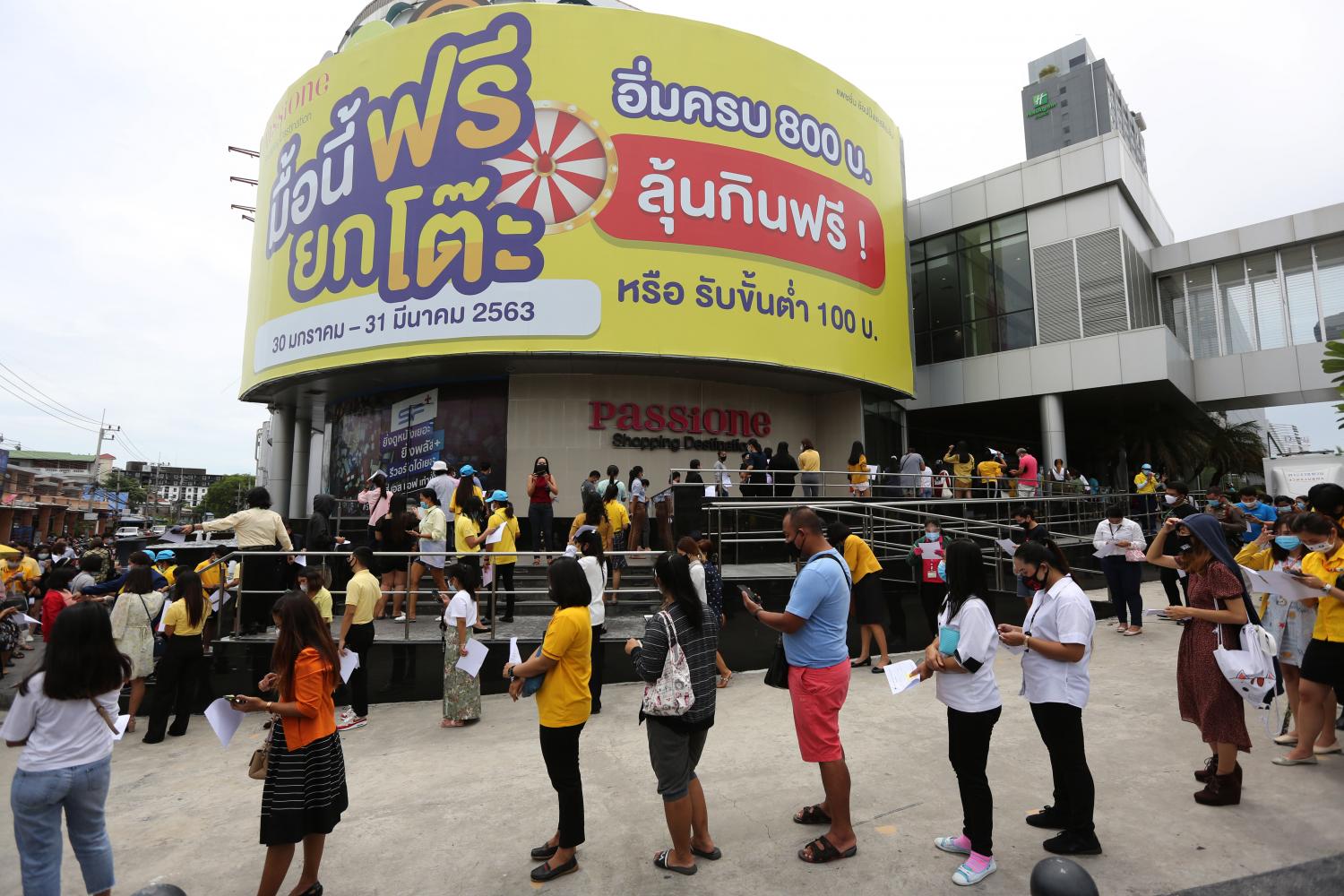 One of Thailand’s largest lenders is on an overseas hiring blitz for jobs in technology and digital banking, as it boosts a regional expansion strategy to counter slowing domestic growth.

She's a doctor. He was a limo driver. They pitched a $30m arms deal

NEW YORK: After falling out with his partner at a limousine company in the St. Louis suburbs, Martin Zlatev recently sought a lucrative new business opportunity: selling $30 million worth of rockets, grenade launchers and ammunition to the Ukrainian military.

TOKYO: A court in military-ruled Myanmar has jailed a Japanese documentary filmmaker for 10 years for violating sedition and communications laws, a Japanese foreign ministry official said on Thursday.