Navy sailors post a dismantle order at one of 176 illegally built roofed platforms in the public waters of Bandon Bay in Surat Thani on Tuesday. (Photo: Supapong Chaolan)

SURAT THANI: Owners of 176 roofed platforms built to guard illegal cockle farms in the waters of Bandon Bay have been given 15 days to dismantle them, or face legal action.

Orders to remove the structures were posted on Tuesday by a team led by RrAdm Samroeng Chanso, commander of the 2nd Naval Area and director of a joint task force to maintain peace and solve  encroachment on public waters in Muang and Phunphin districts of Bandon Bay.

The owners have 15 days to dismantle all 176 platforms in the sea.

If they fail to do so, navy personnel and local officials will remove the platforms. Legal action will be taken against the owners, who will also have to pay the costs of dismantling them.

Kiartisak Kasemphankul, chief of the Surat Thani provincial fisheries office, said any structure built in the catch areas must have permission from the Department of Fisheries.

His office had earlier sent a dismantle order by post to owners of three large illegal platforms in Phunphin district who hit the headlines after a violent clash with coastal fishermen raiding their cockle beds, Mr Kiartisak said.

The roofed platforms were built by cockle farmers to protect breeding areas they have occupied against incursions by local fishermen, who claimed a public right to harvest the profitable shellfish.

Cockle farmers have been illegally occupying large areas of the sea, which is in the public domain. They occupied offshore areas of several districts and developed them as private farms breeding hoi kraeng, also known as blood clams. 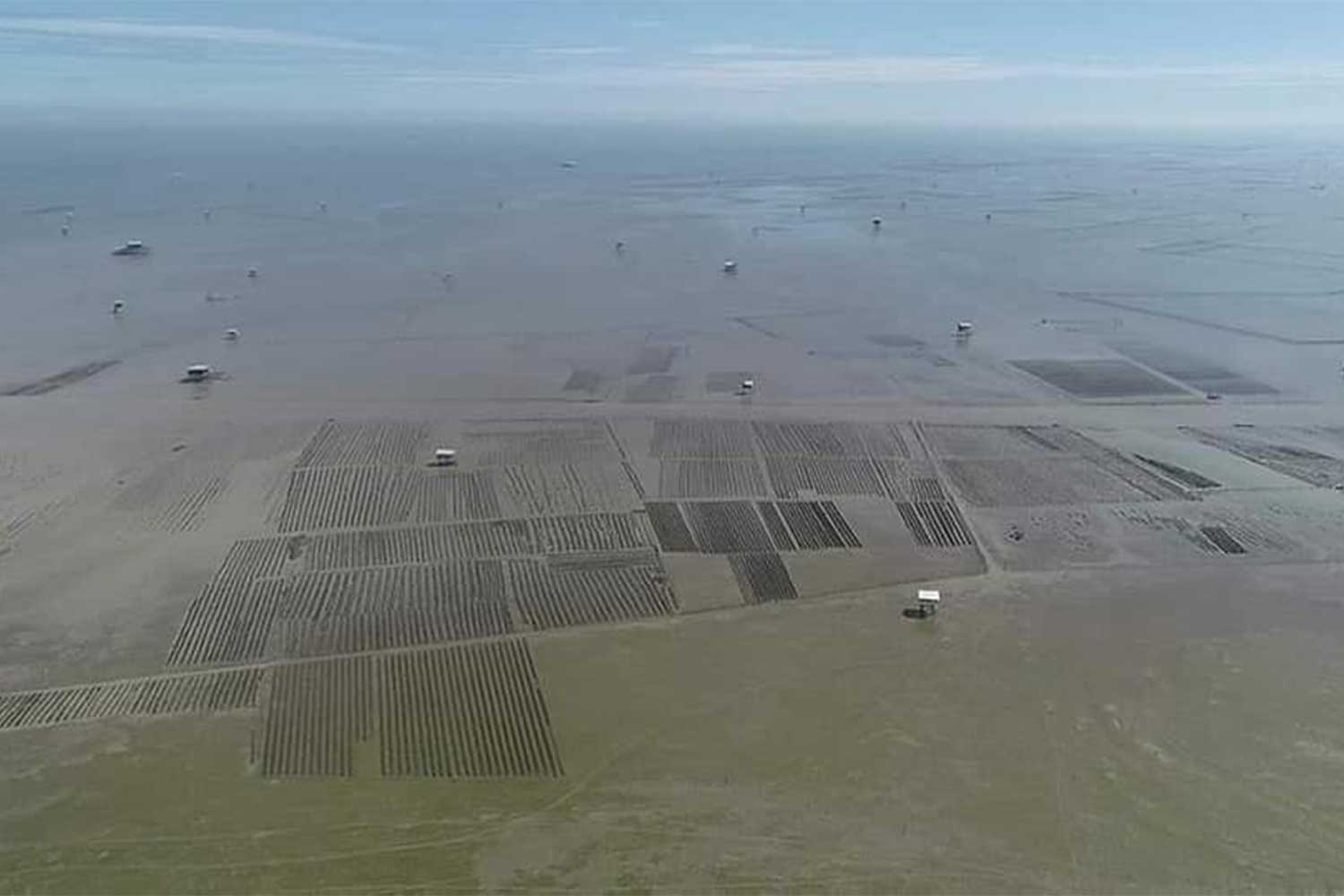 Roofed platforms built by cockle farmers amid their breeding beds in the sea off Surat Thani. (Photo: Supapong Chaolan)