Workers arriving for the reopening of the Body Fashion (Thailand) factory in Muang district of Nakhon Sawan on Friday are shocked to see an announcement outside it with a list of more than 800 workers who have been laid off. The factory remained closed. (Photo: Chalit Pumruang)

NAKHON SAWAN: More than 800 workers received an unpleasant surprise when they arrived for work at a swimwear factory on Friday and were greeted with a sign saying they had all been laid off because of the slump in sales caused by the Covid-19 pandemic.

They turned up at the Body Fashion (Thailand) factory, an outsourcing production company for women's underwear and swimwear, delighted to be going back to work after the factory earlier closed "temporarily" for three months.

Smiles vanished and worry and then shock set as they saw the announcement that greeted them at the front of the factory. With it was a list of more than 800 workers who were laid off.

Earlier, the factory, in Muang district, had laid off more than 2,000 workers, citing huge losses, and closed down for three months. It was expected to reopen on Friday. It remained closed.

The Bangkok Post interviewed affected workers on Friday and they expressed their shock upon seeing the announcement.

They did not want to be named, but most of them understood the reasons for the three-month closure, and the earlier layoffs. They stayed home and had to find supplementary work to eke out a living.

They were delighted to be returning to work on Friday after several months at home. The announcement outside the factory soon put an end to the euphoria.

Their representatives tried to contact company executives, but there was no response, one worker said.

They later gathered at the Nakhon Sawan provincial labour protection and welfare office, seeking help.  Officials told them to fill out the usual forms and then wait for assistance. 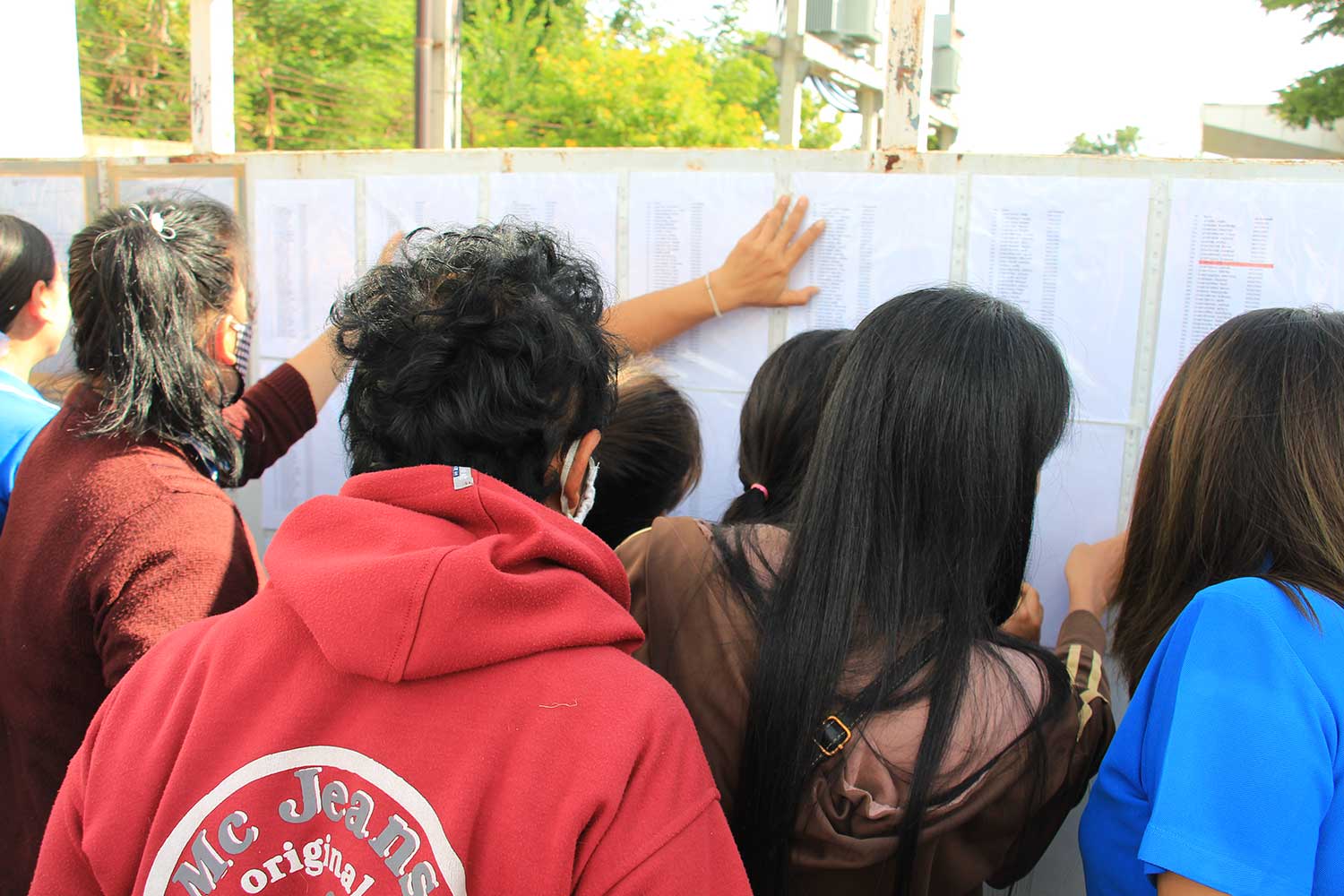 Anxious workers read through the list of names of laid-off workers. (Photo by Chalit Pumruang) 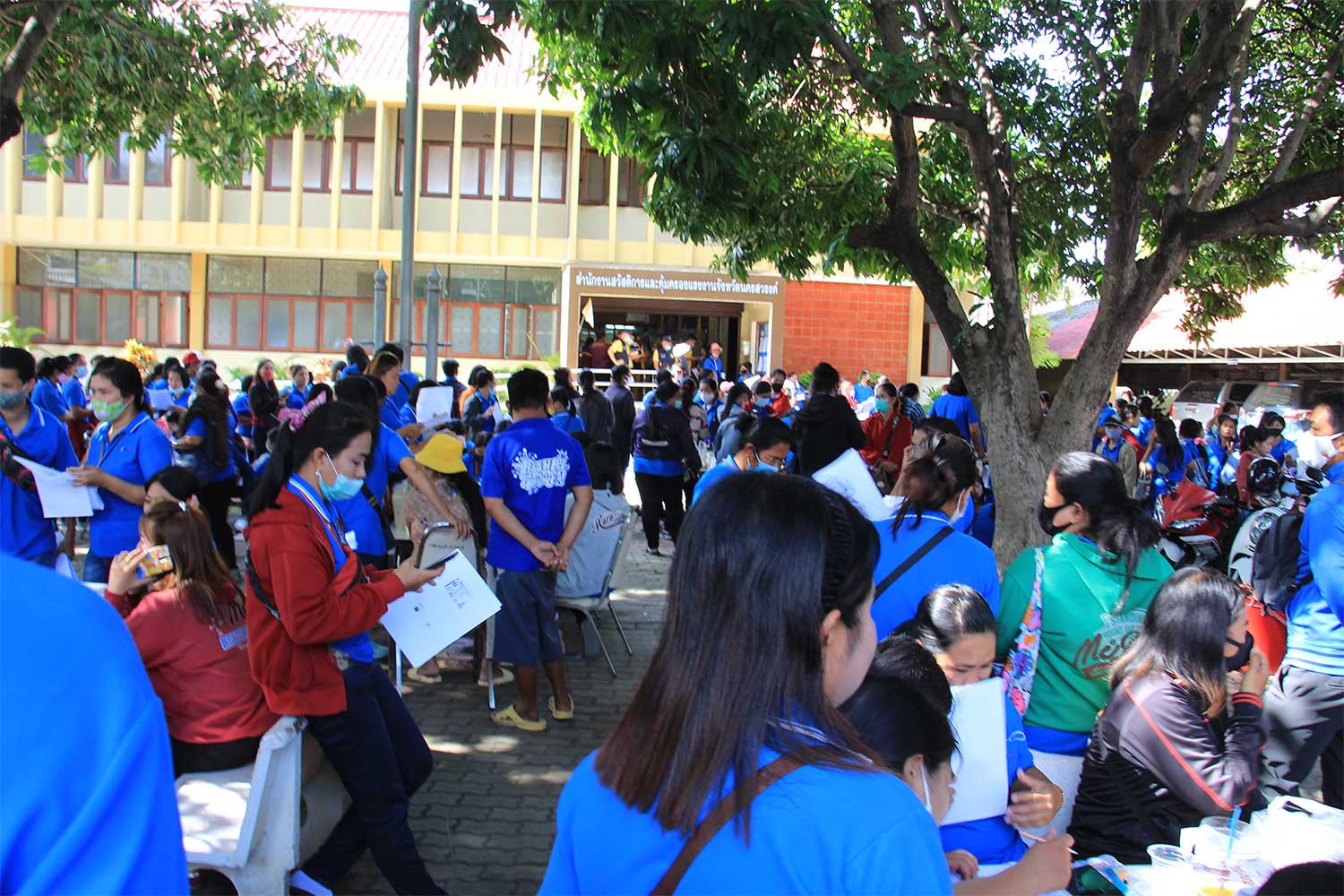