Suspected courier arrested after pickup with Bangkok plates pulled over

CHIANG MAI: Police seized 4 million speed pills from a pickup truck and arrested the driver during a search in Chai Prakan district of this northern province.

The discovery was made after Pha Muang task force soldiers signalled the pickup with Bangkok licence plates to stop at the Pha Hong checkpoint in Chai Prakan early Thursday, as the driver appeared to be acting suspiciously.

During the interrogation, the driver admitted he had been hired to deliver the drugs, police said. Thotsaphol Sae Lor, 24, of Wiang Pa Pao district in Chiang Rai, is in police custody at the Chai Prakan police station pending further legal action.

Police said they were extending the investigation to find others involved.

The seizure followed a tip-off that a young man was preparing to transport drugs from a hilltribe village in Fang district of Chiang Mai to other areas of the province through the Pha Hong checkpoint.

Officers said the driver appeared pale and shaky on seeing them at the checkpoint, which prompted them to stop and search the vehicle. 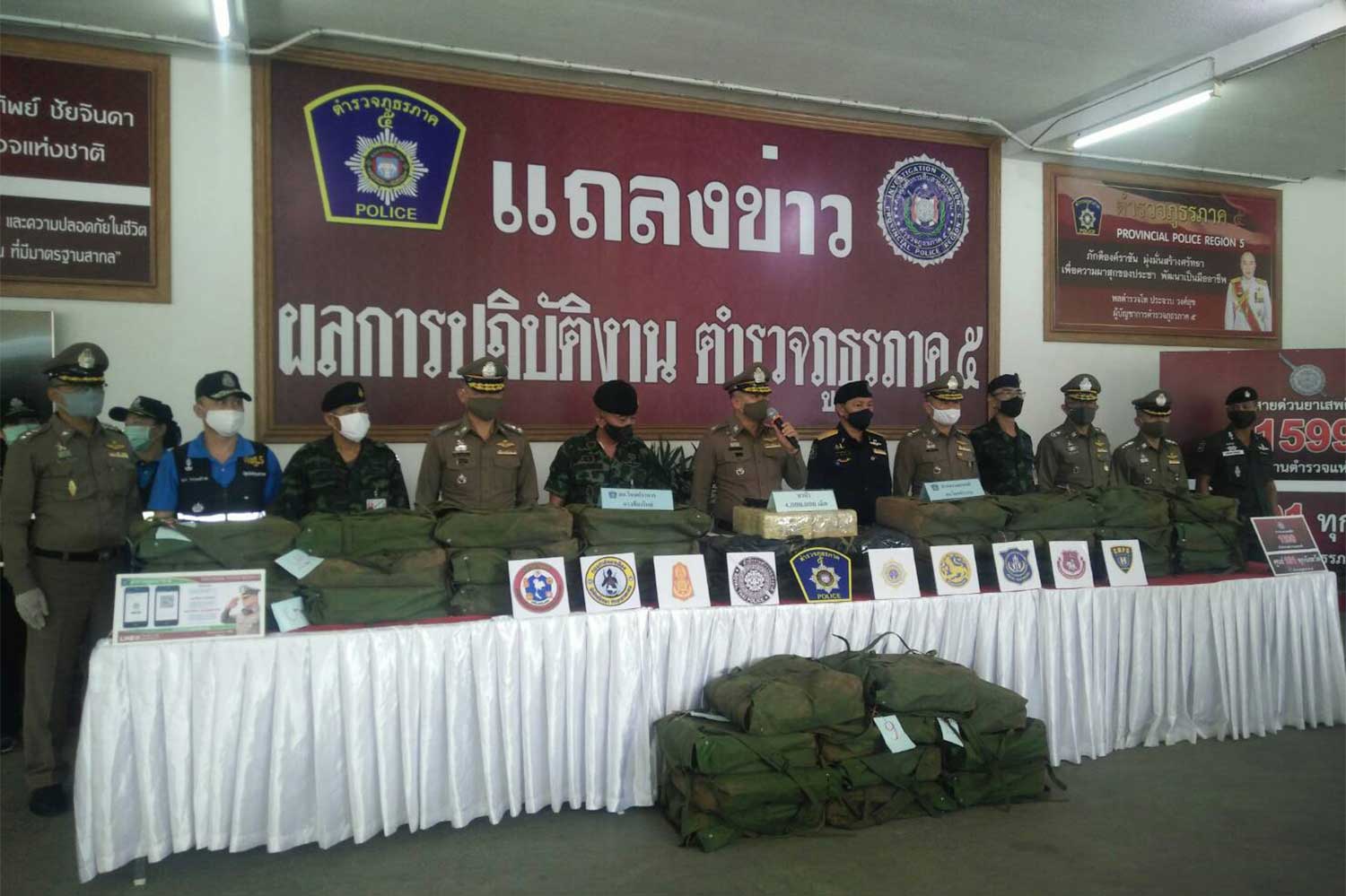