Police show pictures of a red car before it was set on fire by a car upholstery shop owner who was trying to fake his death, in Chom Bung district of Ratchaburi. (Photo by Saichon Srinuanchan

RATCHABURI: Police say a Ratchaburi man who was facing a possible jail sentence tried to fake his death by killing another man, staging a crash and burning his body in a car.

The revelation came nearly a week after police discovered the body of a man who had been burned to death in a fire-gutted vehicle at a car upholstery shop in Chom Bung district.

The body, it turned out, was not that of the shop owner as originally believed, but a scrap collector killed by the culprit, who staged the scene to escape a jail term for another crime, investigators said.

Thitinan Phoosuwan, 43, the owner of the shop, was apprehended in Ban Kha district of Ratchaburi and taken to the Chom Bung police station for interrogation on Saturday.

The case began after two cars were found to have caught fire at the shop in tambon Rang Bua of Chom Bung on the night of July 26. A man was found burned to death in the driver’s seat of the first car. Police initially believed the dead man might be the shop owner, who had gone missing earlier.

Investigators found signs that the two cars had crashed before the fire, which they thought might have resulted from a faulty fuel system in one of the vehicles.

After a thorough examination, however, officers obtained several pieces of evidence that shed light on how the incident really unfolded, said Pol Maj Gen Anuparb Srinual, chief of police for Ratchaburi.

For a start, a gas cylinder had not yet been connected to the engine system. Investigators also found that a motorcycle that Mr Thitinan used regularly was missing.

A further check revealed that Mr Thitinan had been arrested on a charge of attempted murder last year. He was sent to jail and tried to commit suicide. Relatives later applied for and secured his temporary release. He was due to make another court appearance on Aug 18.

Pol Col Waipoj Naenpimai, superintendent of Chom Bung police station, said Mr Thitinan admitted to having lured Plian to visit his shop for drinks and then used a crowbar to kill him.

The suspect then took the body to a car and started the engine, causing it to hit another car parked nearby. He then set fire to the cars, believing people would assume the body was his.

If Mr Thitinan was declared dead, the court would return his bail money to his guarantor. He also had life insurance policies, the payouts from which would go to his family. At that point, he figured he would be free, according to his confessions.

Police have pressed charges of murder and burning of a body to conceal a crime against him. 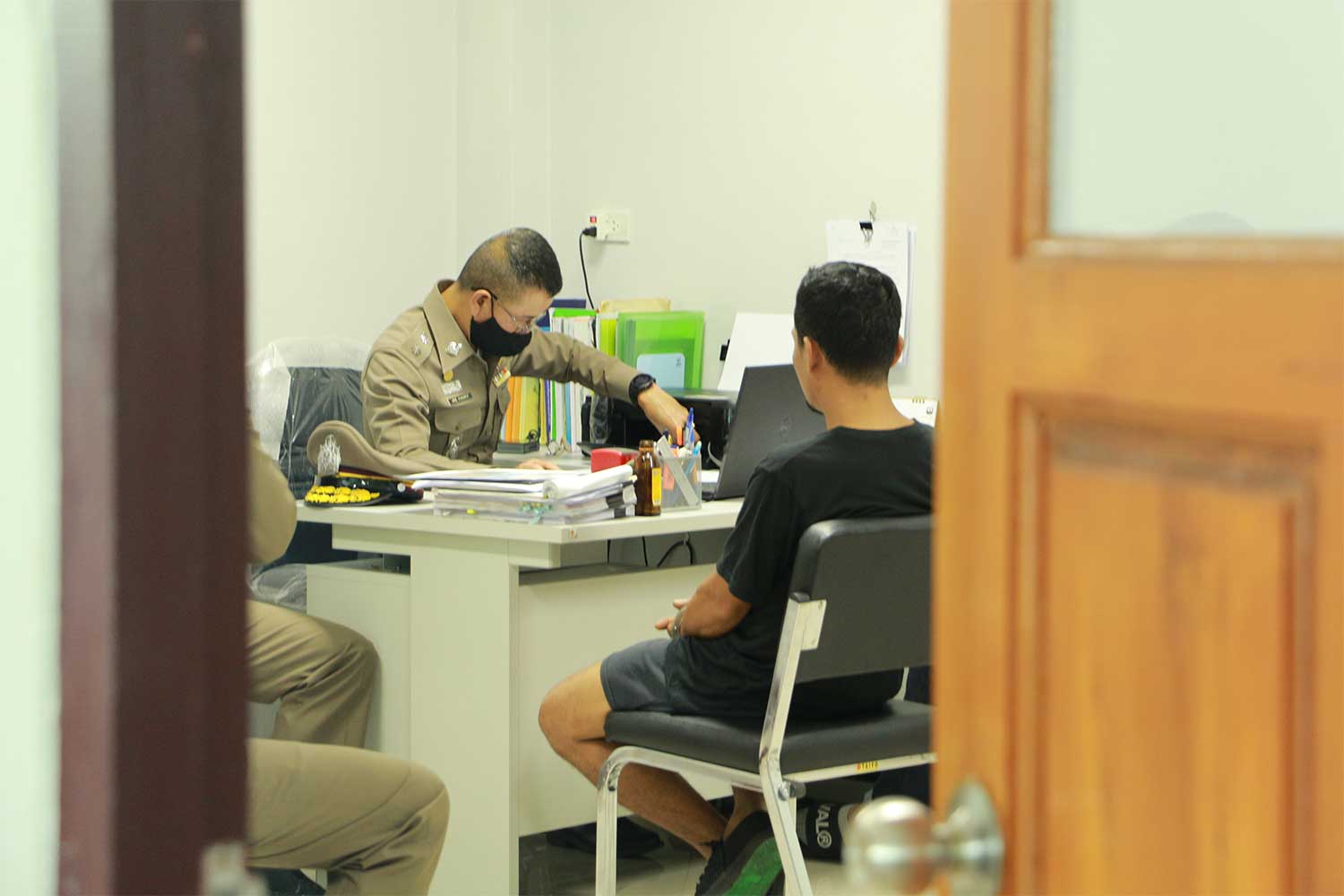 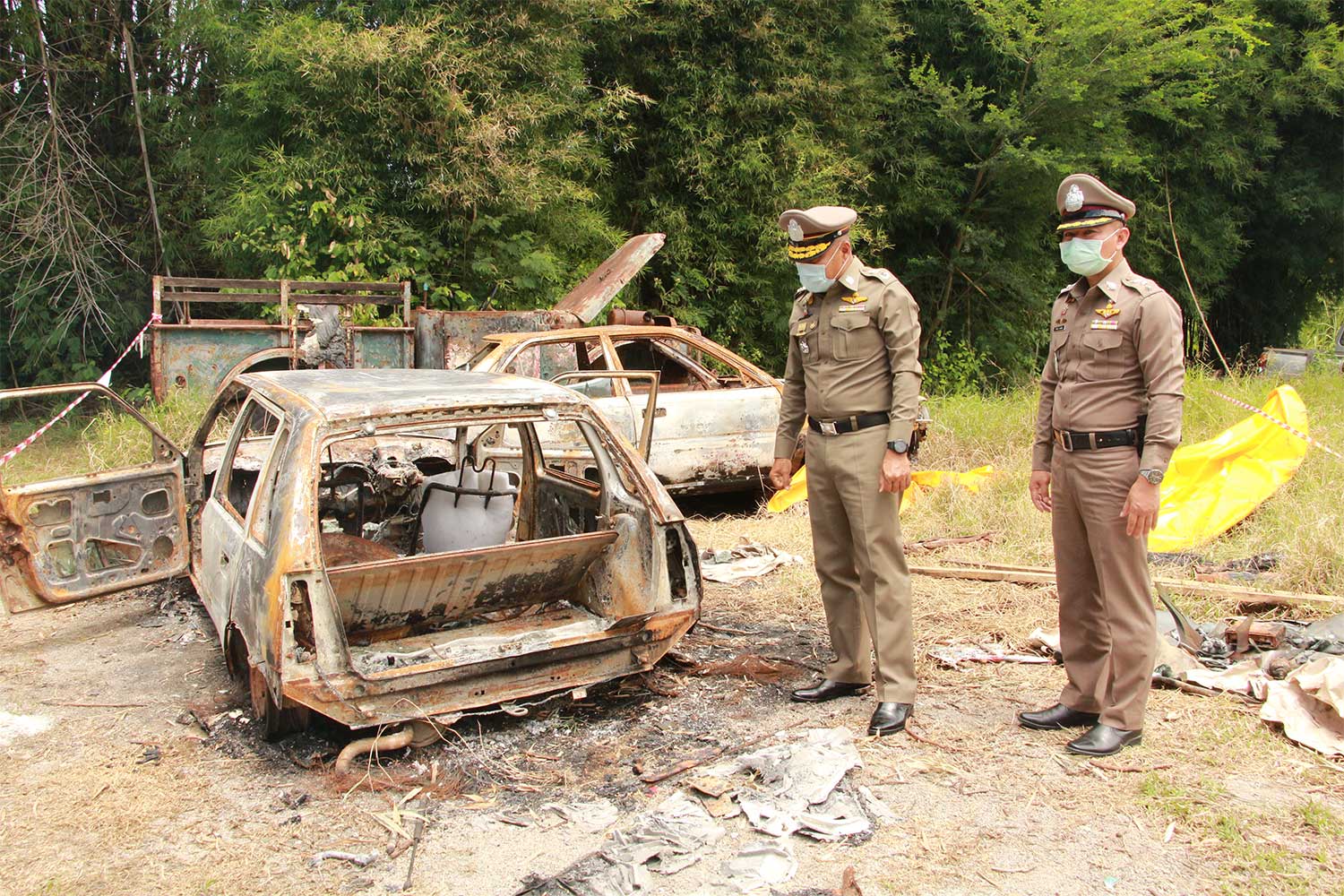 Police examine the wreckage of the two cars burned by the suspect. (Photo: Saichon Srinuanchan)

Seven new cases of coronavirus disease, six quarantined returnees from the Middle East and one from the US, raise the total to 3,328.