Prime Minister Prayut Chan-o-cha reacts as he tries some drinks and snacks at APCD 60+Plus Bakery&Chocolate Cafe @Govenment House, the newly opened coffee shop run by people with disabilities at Government House on Friday. (Photos supplied by Wassana Nanuam)

Prime Minister Prayut Chan-o-cha said the government would take care of all groups of people as he presided over the opening of a coffee shop operated by people with disabilities at Government House on Friday.

Gen Prayut urged people to support the APCD 60+Plus Bakery&Chocolate Cafe @Govenment House coffee shop, a business model for people with all types of disabilites. It is located behind the Naree Samosorn Building.

The Secretariat of the Prime Minister’s welfare committee wanted the model to promote disabled people’s activities and transforming them to a driving force in society from a fragile group. The shop would create jobs and incomes for the group in line with the government’s policy of not leaving anyone behind and in accordance with the United Nations Convention on the Rights and Persons with Disabilities (UNCPRD).

During his opening speech, Gen Prayut reiterated that the government would help create jobs and incomes for all groups of people in society, particularly people with disabilities and those in need. All were vital to society and nobody would be left behind, he added.

APCD 60+Plus Bakery&Chocolate Café @Government House was built and designed from donations from Electricity Generating of Thailand and J S Vision Co. 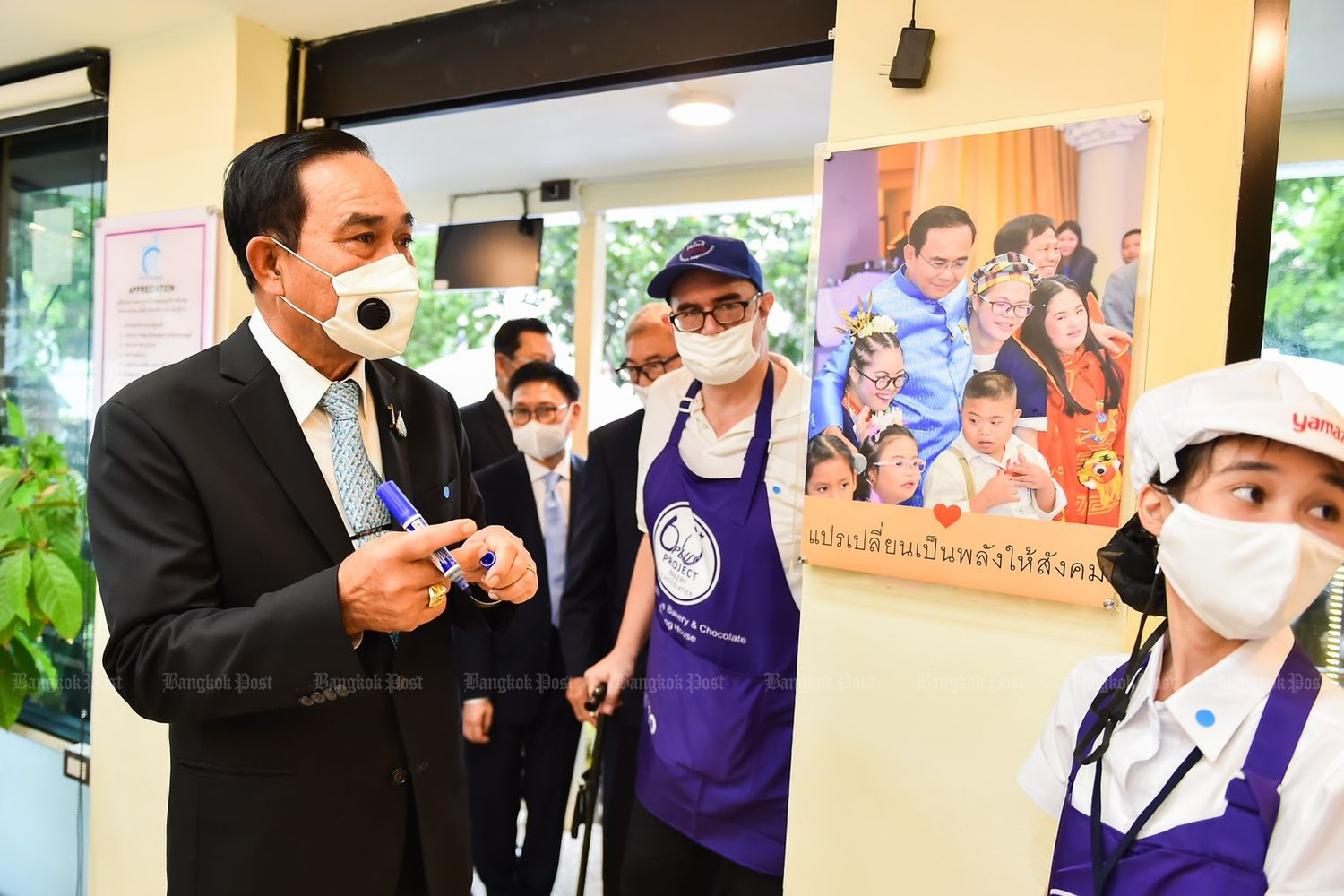 Prime Minister Prayut Chan-o-cha greets people who run the shop during the opening ceremony on Friday.

Snacks are on display at the new coffee shop. 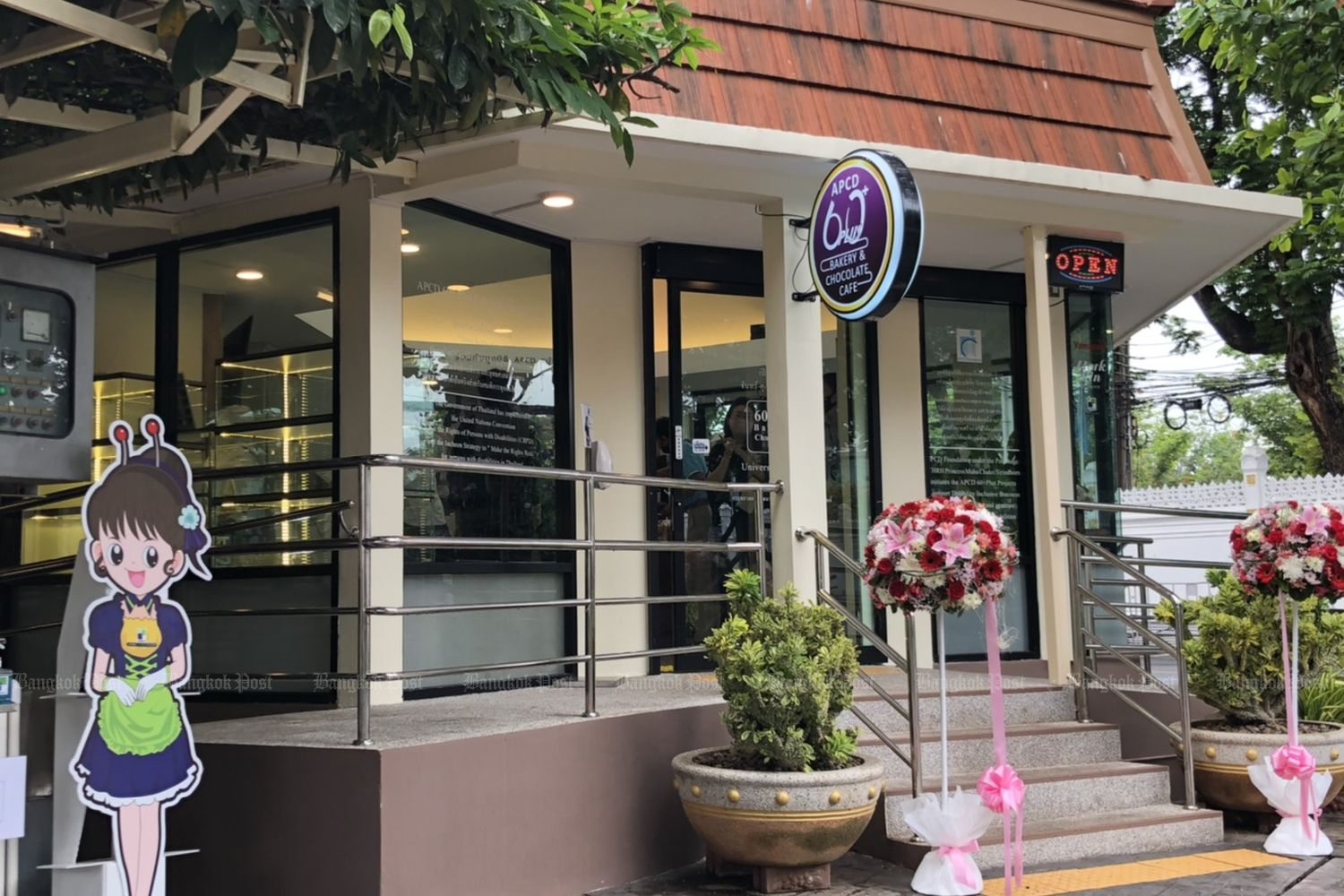 The exterior of the coffee shop.