Rescuers bring the body of Naparada Chanhan, 42, a sales staff member of the capsized Raja 4 Ferry, to a navy ship in Surat Thani on Friday. (Photo: Supapong Chaolan)

SURAT THANI: The body of a woman missing since a ferry sank off Koh Samui on Saturday night was found on Friday, bringing the confirmed death toll to three. Two people were still missing.

Divers from a Seal unit of the 2nd Naval Area Command, rescue foundation staff and foreign diving instructors have all been involved in the search for those missing. On Friday a diving team cut open the steel gate of a washroom on the ferry and found the body of Naparada Chanhan, 42. A ferry staff member who sold goods onboard, she had been trapped inside when the ship began to sink.

The body was loaded onto a jet ski and taken to the Royal Thai Navy ship Tor 237, where her waiting husband, Panya Sukchanasongkram, 43, burst into tears. The body was later taken to Koh Samui Hospital for an autopsy.

Mr Panya said he would take his wife’s body to Wat Bang Nam Jued in Don Sak district of this southern province for funeral rites.

While he thanked the Surat Thani governor, Samui district chief, soldiers, marine police and divers for their help, he said he wanted the ferry owner to take responsibility for the incident.

The Raja 4 ferry with 16 people on board, including drivers of three lorries loaded with garbage and one pickup truck, sank during a storm on the night of Aug 1.

Surat Thani governor Witchawut Jinto said a check with social security records showed that Naparada’s family would receive 40,000 baht for funeral costs, 819,000 baht in compensation for her death and a 40,811-baht pension for the elderly, or 899,811 baht in total. 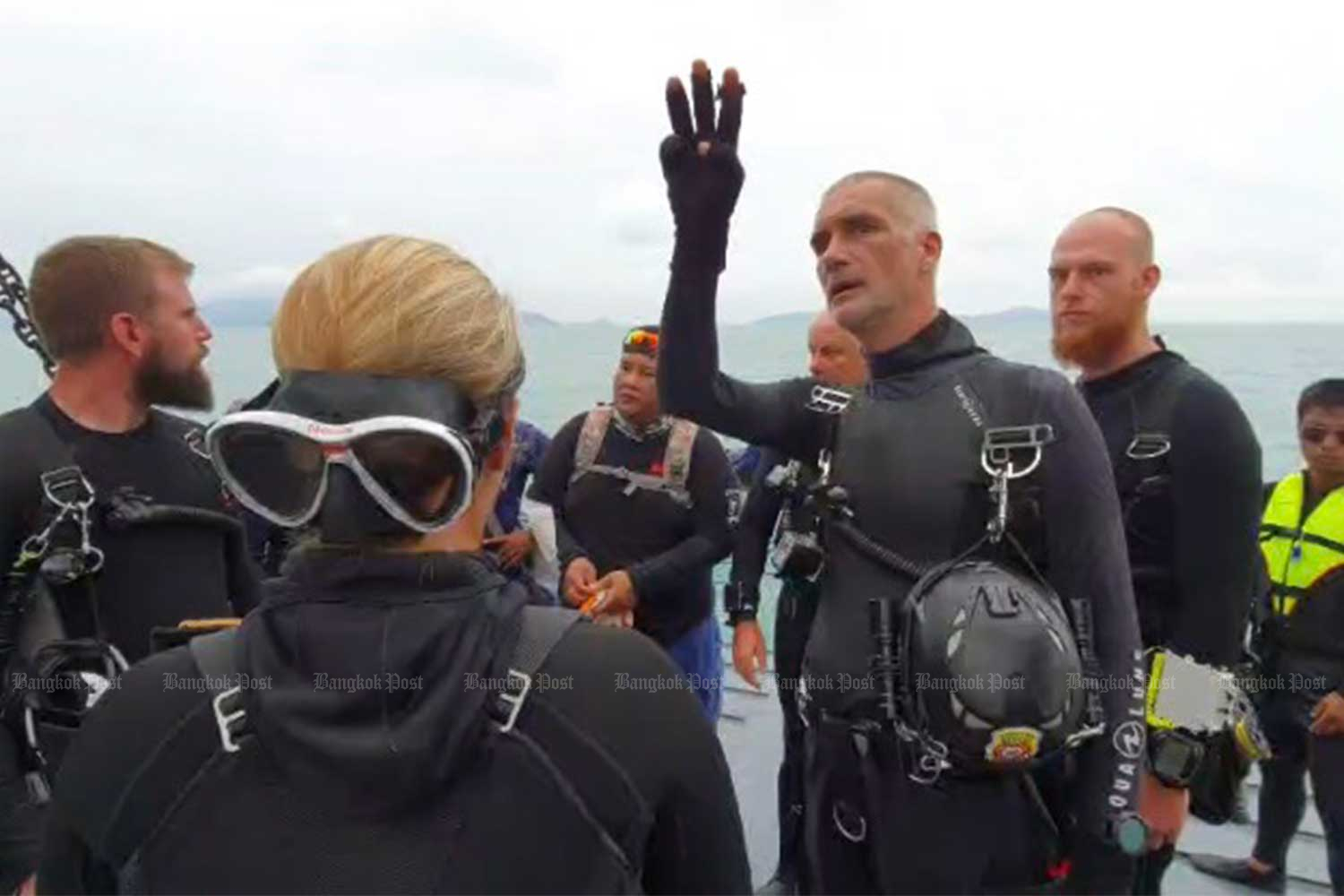