Firebrand corruption watchdog Srisuwan Janya on Monday filed a petition asking the National Anti-Corruption Commission (NACC) to look into an allegation that MPs in the House sub-committee vetting the budget are demanding millions from state officials in exchange for budget approval.

"MPs involved in graft will face penalties for conflict of interest and corruption offences. They might also lose their MP status and face a lifetime ban from running in elections if they are found guilty, said Mr Srisuwan.

He was referring to some MPs in the sub-committee on budget scrutiny and approval who face accusations that they are demanding millions of baht from directors-general of state departments in exchange of getting proposed budgets approved. 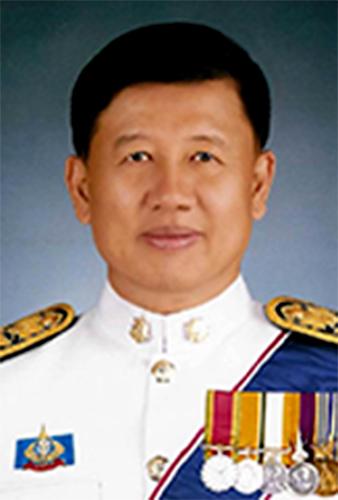 Sakda: Said to be the whistleblower

The whistleblower is reported to be Sakda Wichiensilp, director-general of the Department of Groundwater Resources under the Ministry of Natural Resources and Environment who reportedly accused some MPs in the House's sub-committee vetting the 2021 fiscal budget of demanding he pay five million baht to get the budget approved.

Mr Srisuwan said there is also information about similar bribery in other departments.

In other cases, the bribe demanded rose to 10 million baht, he said.

In a related development, Jatuporn Buruspat, permanent secretary of the Ministry of Natural Resources and Environment, said the department chief will be asked to provide information and evidence for the environmental ministry to probe the bribery.

At parliament, former Pheu Thai Party MP Ruengkrai Leekitwattana, a member of one of eight House sub-committees vetting the 2021 fiscal budget submitted a petition letter asking House Speaker Chuan Leekpai, to look into the department chief's allegation regarding unpaid air tickets for 113 MPs. The complaint was made last week by the executive of Nok Air, a budget carrier.

Democrat MP for Nakhon Si Thammarat Chaichana Dejdecho, in his capacity as chairman of an ad-hoc committee responsible for considering the 2021 appropriation bill, said the department chief would be invited to provide information and the identities of MPs who asked for tea money.

Boonthida Somchai, an MP of the coalition of the Democrat Party for Ubon Ratchathani and the chairperson of one of the eight subcommittees, suggested that a fact-finding panel be set to look into the allegations.