Rescue workers try to retrieve injured people from the wreckage of a van after it plunged into a ditch dividing the road in Kanchanadit district, Surat Thani on Tuesday morning. One woman was killed and 10 others injured. (Photo by Kusolsattha Surat Thani rescue foundation)

The fatal accident occurred at kilometre marker 182 on Surat Thani-Nakhon Si Thammarat Road in tambon Phlaiwas of Kanchanadit district, police said. as a radio centre of the Kanchanadit police station was alerted at around 5.30am on Tuesday.

Arriving at the scene shortly after being alerted around 5.30am, police and rescue workers found a badly damaged van with Bangkok licence plates rammed into a tree in the ditch dividing the road.

Twelve people, seven women and five men, were injured, with five trapped in the wreckage. The five were extracted, and all were rushed to Kanchanadit Hospital.

One of the injured, identified later as Ms Boonnam Khamthian, 32, was pronounced dead at the hospital.

A police investigation found that van driver Chartchai Ruamjai, 32, who was among the injured, was taking his relatives from Phetchaburi to Wat Chedi, better known as Wat Ai Khai temple, in Sichon district of Nakhon Si Thammarat. The van abruptly veered off the road and plunged into the median ditch, smashing into a tree.

Police believed the driver might have fallen asleep at the wheel. They were investigating. 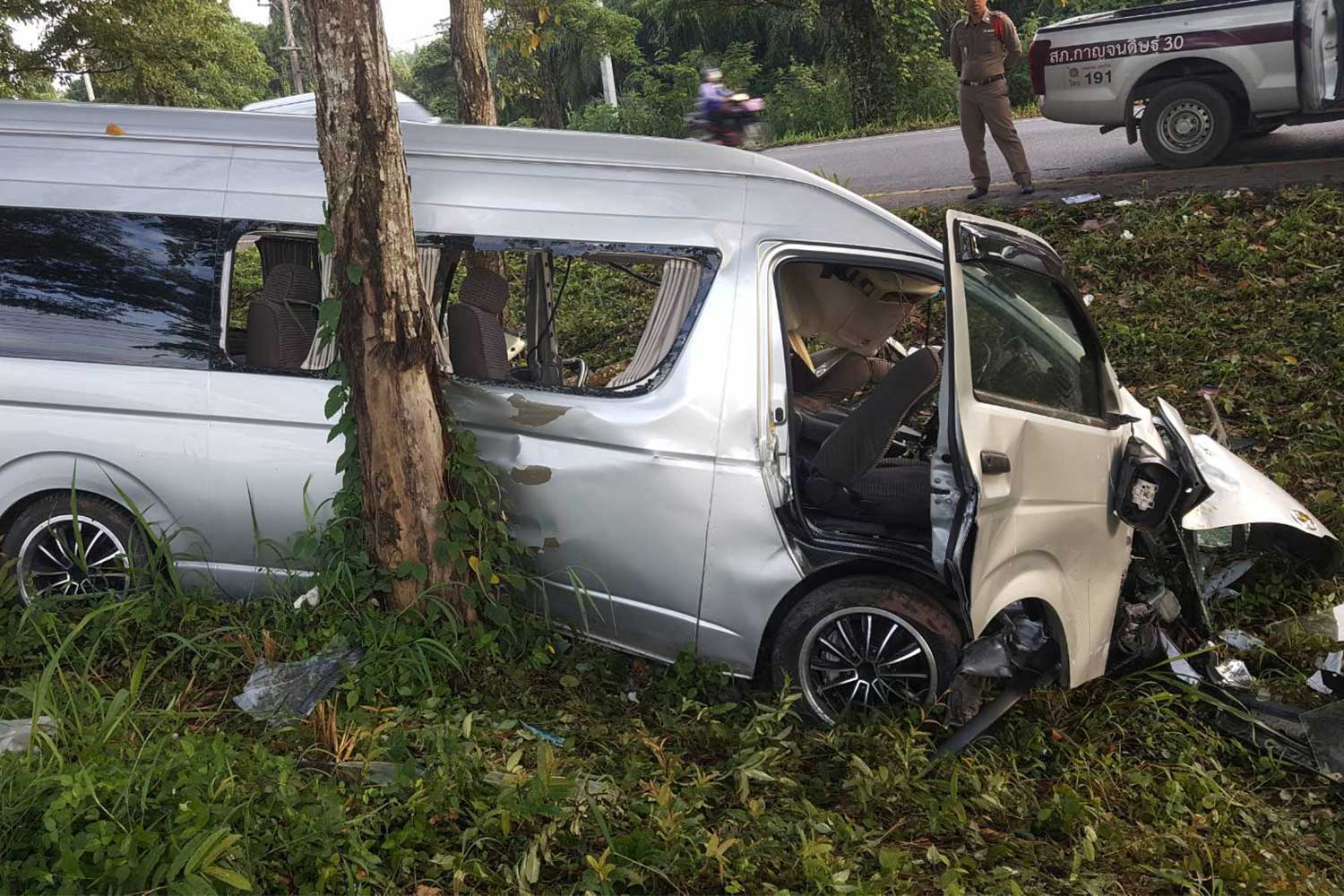