An artificial reef project initiated by Her Majesty Queen Sirikit The Queen Mother has helped to revive marine resources and boost the economy of a once-poor fishing village in Narathiwat. 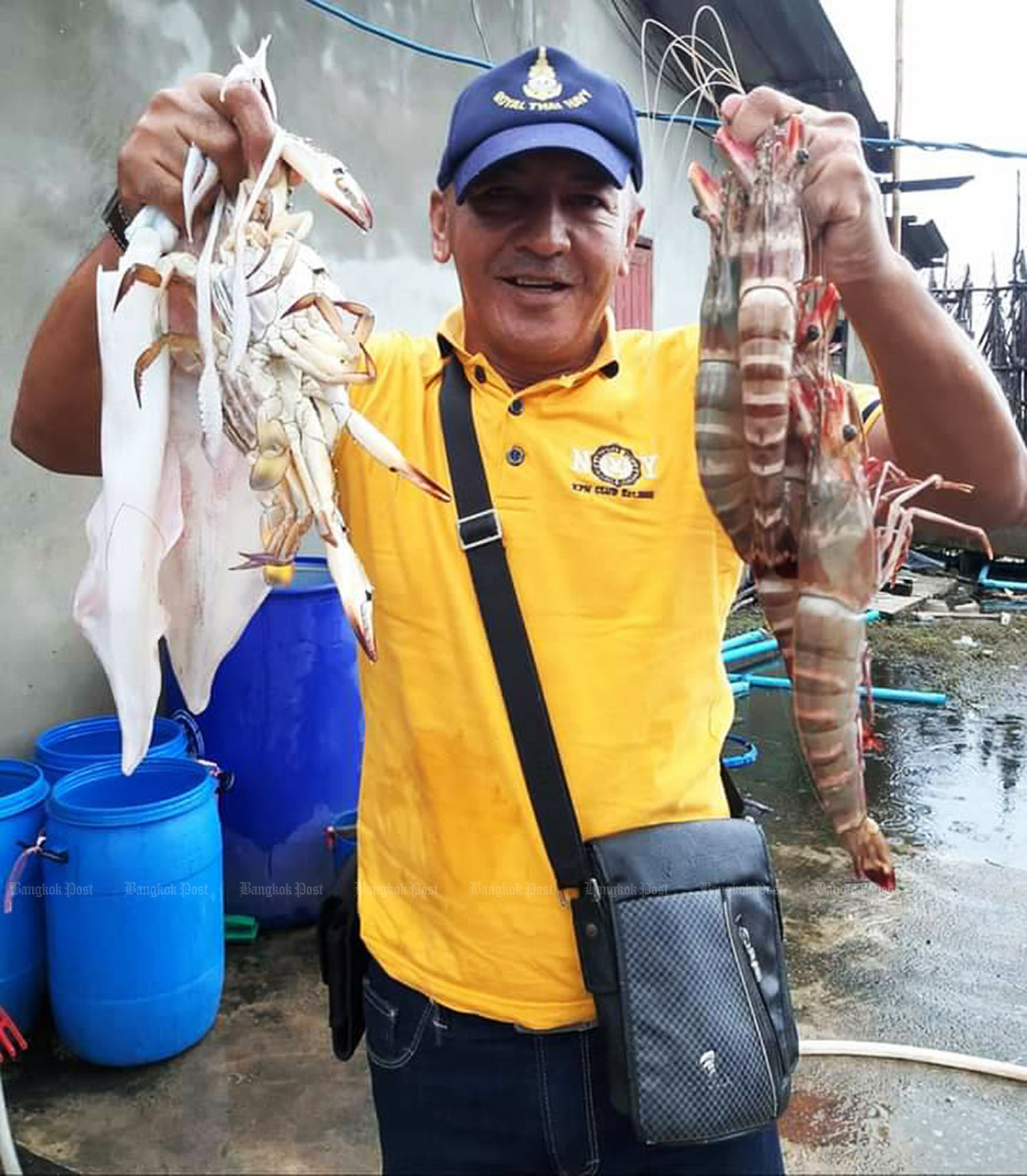 A man holds up seafood caught near an artificial reef built under a project initiated by Her Majesty Queen Sirikit The Queen Mother.

"We owe the abundance of marine resources around Ban Thon to Her Majesty Queen Sirikit. The project, which began in 2002, has helped the coastal ecosystem to recover," Rorsadi Dao, chief of the Rehabilitation and Preservation of Ban Thon's Coast and Natural Resources Group, said.

Mr Rorsadi said two decades ago, the sea around Ban Thon was severely lacking in aquatic resources due to the absence of coral reefs and natural breakwaters, which provide sanctuary for aquatic animals in the area.

The problem was compounded by over-fishing by commercial trawlers, forcing youths in the village to seek out job opportunities as far away as Malaysia.

"Local villagers did try to solve their own problems by dumping rocks in the sea to create artificial reefs, but it had little effect," Mr Rorsadi said.

He added that the project has helped to reverse the downward trend.

Her Majesty Queen Sirikit The Queen Mother initiated the artificial reef project in 2002, after visiting Pattani the year before.

That year, two committees -- which consists of representatives from relevant state agencies such as the Department of Fisheries, local administrative officials and villagers -- were formed in Pattani and Narathiwat to oversee the construction of artificial reefs there.

In Ban Thon, the Department of Fisheries constructed bigger artificial reefs off the coast with concrete pillars, boulders, as well as cars and decommissioned train carriages. The reefs were built between 3-10 kilometres offshore.

After a few years, locals noticed that marine animals which had not been seen in the area for many years started to return. These included shrimp, squid, butterfish, king mackerel and turtles.

Villagers who had left the village to find jobs elsewhere also returned. Some villagers even quit their jobs in Malaysia to buy fishing boats, which cost between 10,000-20,000 baht each.

Mr Rorsadi said in the high season, they could sell 10,000 baht worth of fish per day.

Now, Ban Thon locals are working with the Pid Thong Lang Phra Foundation to farm crabs, which they can sell to supplement their income between the months of October and January, when they cannot go out to fish in the sea because of monsoons.

The project is designed to be a prototype for a modern fishing community, where environmental problems are dealt with properly and marine resources are managed in a sustainable manner, the chief said.

Currently, the Fisheries Department has plans to construct 584 artificial reefs along the coast of 20 provinces, covering some 2,063.13 square kilometres.

The reefs are hoped to benefit marine animal populations and thereby generate more income for the community.