Two rangers killed, others wounded by bombs in far South

The scene of the bomb blast at the entrance of Ban Pakaluesong in Nong Chik district, Pattani, on Thursday morning. One volunteer ranger was killed and others injured. (Photo: Abdullah Benjakat)

Two rangers were killed and several others wounded by bomb explosions in Pattani and Narathiwat provinces on Thursday morning.

The two attacks occurred about the same time.

In Narathiwat,  one ranger was killed and six others wounded by a bomb blast in Rangae district.

The bomb was planted at a bridge near the office of the tambon Kalisa administration organisation. It went off around 8.20am as a ranger team providing protection for teachers passed the spot on its way back from Kalisa School in tambon Rangae, police said.

The blast killed Sgt Buengkarn Harnsarn, and wounded six volunteer ranger. The injured were taken to Naradhiwasrajanagarindra Hospital. (continues below) 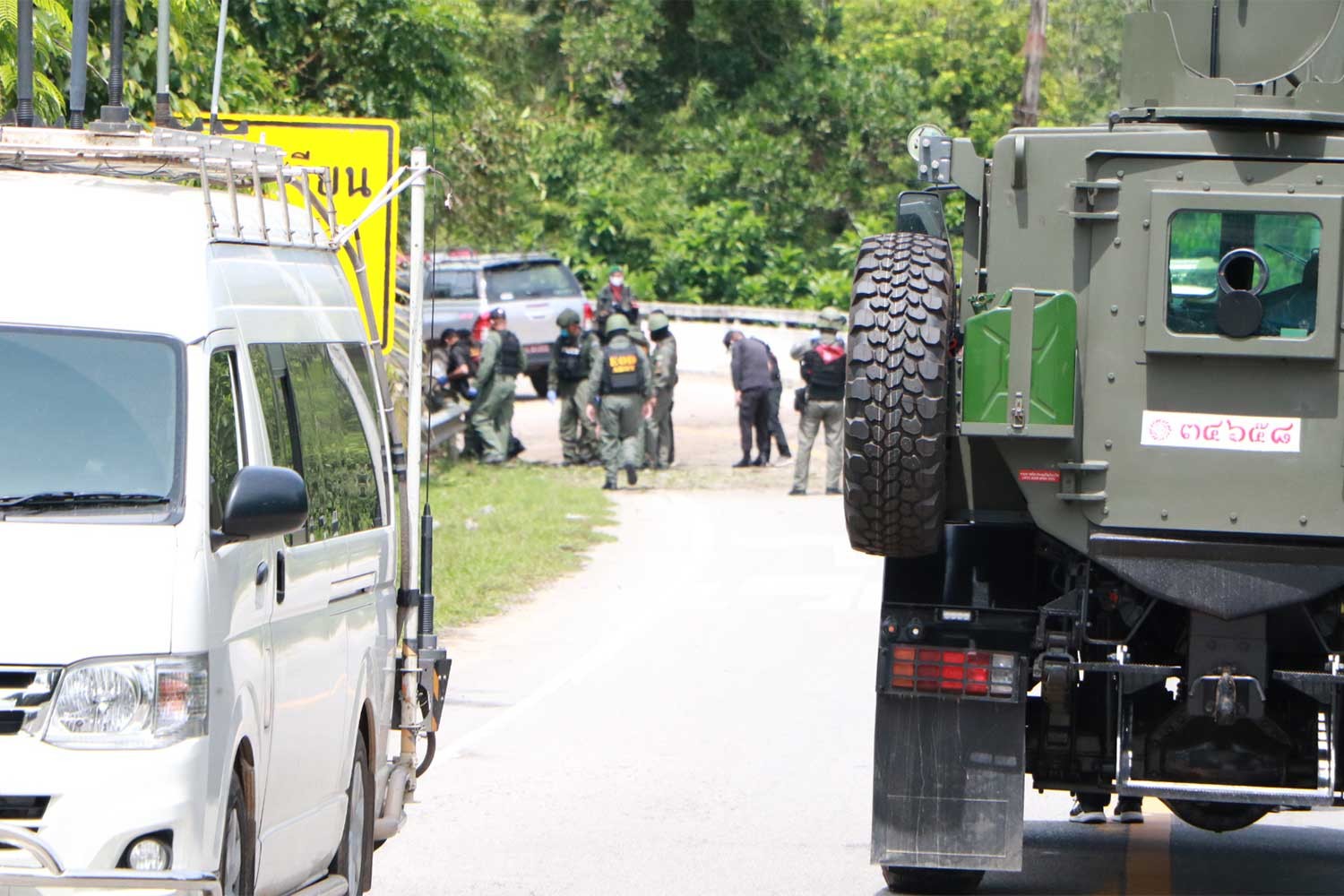 Bomb disposal officers at the scene of the bomb blast at a bridge in Rangae district, Narathiwat, in which a ranger was killed and six others wounded on Thurday morning. (Photo: Waedao Harai)

In Pattani, a member of a ranger team providing protection for teachers was killed and others wounded by a bomb explosion in Nong Chik district.

The bomb went off around 8.10am at the entrance of Pakaluesong village in tambon Tuyong, said Pol Sub Lt Thotsaphorn Thongserm, duty officer at Nong Chik.

It was detonated as a ranger patrol passed the spot. Volunteer ranger Emlukman Hayeesamae was killed. Other members of the team were also injured. It was not clear how many.