KANCHANABURI: Park officials are excited to find a camera hidden in Khao Laem National Park that captured a curious tiger looking at the lens.

Unfortunately, the park ranger who installed it never had a chance to see the image.

Phuwadol Pongsa, who patrolled the forest and installed the camera in Sangkla Buri district, drowned while he and 11 colleagues were trying to cross the mighty Rantee River on the night of Aug 5 to return to their base.

Strong currents formed in the river after three days downpours in the park.

Phuwadol, 27, was a contracted staff of the park for six years, with a monthly salary of 9,000 baht. 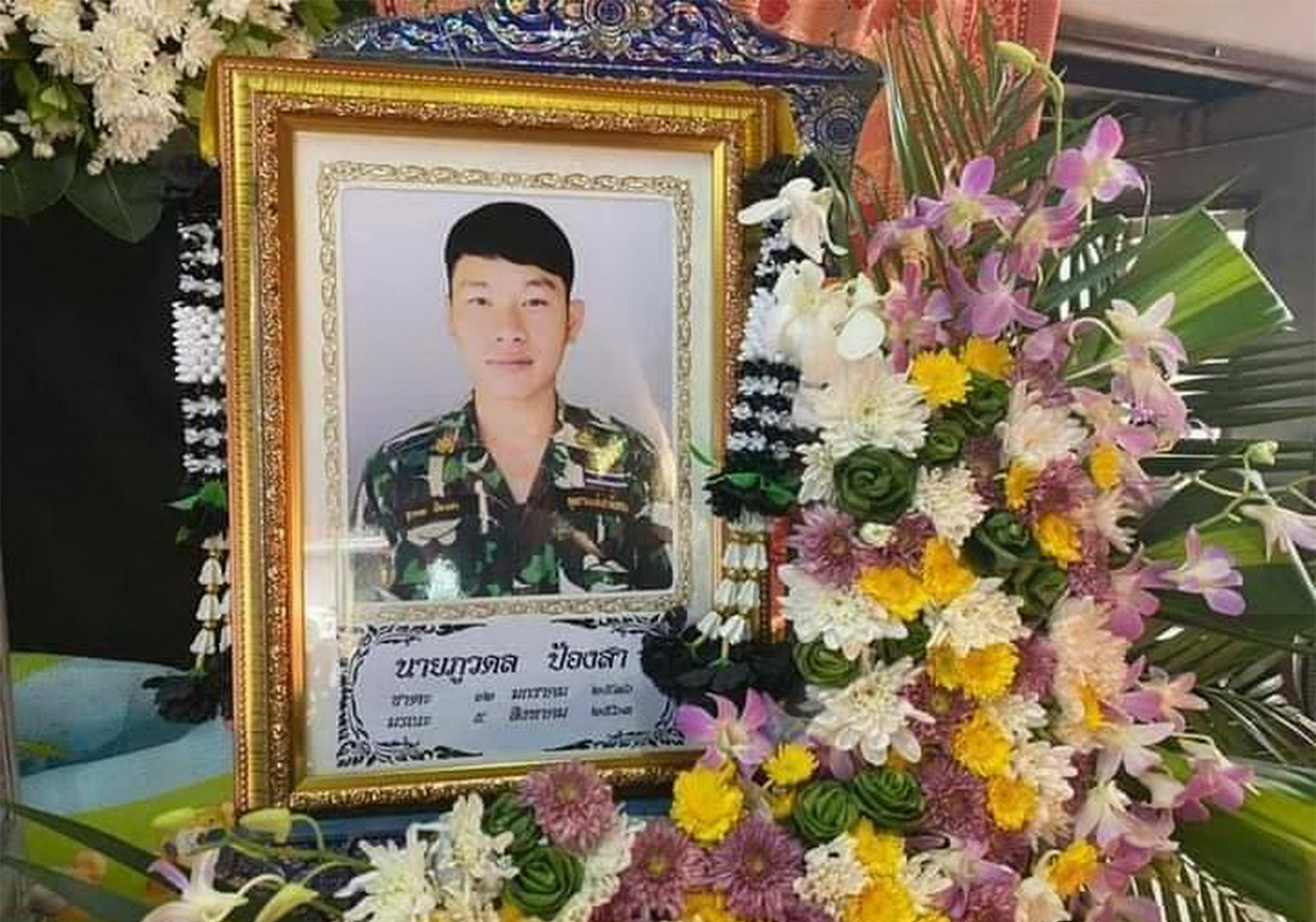 The picture of Phuwadol Pongsa is placed beside his coffin during a chanting ceremony at his house in Sangkhla Buri district of Kanchanaburi on Friday. (Photo by Piyarach Chongcharoen)

"My son wanted to be a park staff because it was the job he loved," his father, Chin, said.

The picture of the tiger recorded by the camera which he and his friends placed in the park was released on Wednesday after another ranger team returned to the place where the camera was installed and looked at the recorded images.

Park chief Tewin Meesap said on Wednesday the image of the tiger had boosted park officials' morale and determination to protect the big cats.

Thailand has about 100 tigers in the jungles. The country is committed to doubling the tiger population by 2022.

Eight more Covid-19 cases, including a two-year-old, were reported on Friday, bringing the total to 3,727 cases.

Cambodia breaks up protest over alleged China military base

PHNOM PENH: Cambodian security guards broke up a small protest on Friday near the Chinese embassy opposing alleged plans to boost Beijing's military presence in the country, as police detained some demonstrators for questioning.