Police have arrested three people for illegally making and selling firearms online, and 45 customers, and seized 120 guns and more than 2,200 cartridges - breaking up a network operating in 39 provinces.

Pol Maj Gen Jirabhop Bhuridej, commander of the Crime Suppression Division (CSD), said on Thursday that a series of raids targeted premises in 39 provinces on Wednesday. 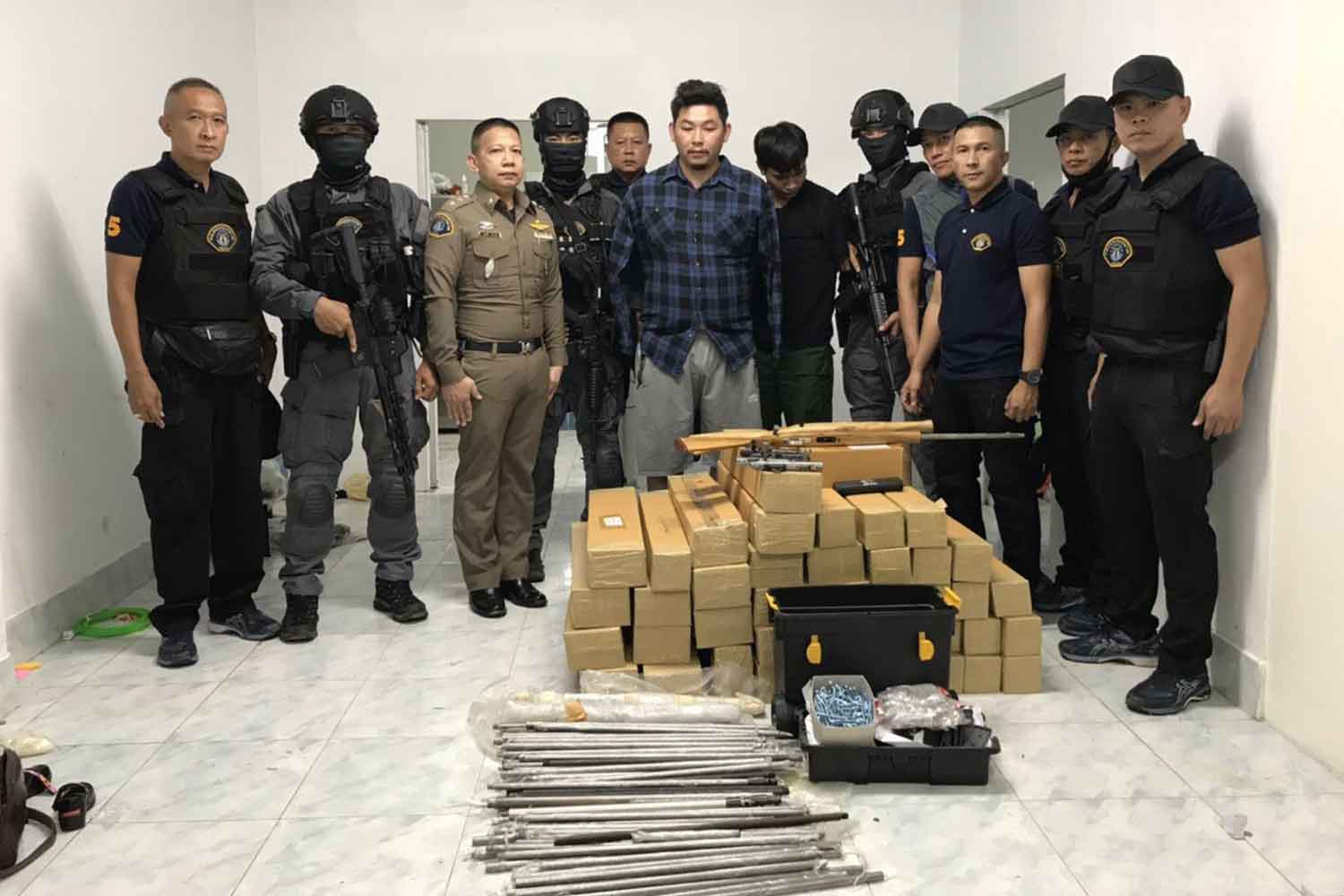 He said the raids culminated an investigation into a fatal shooting in Suphan Buri province.

Mr Tanatnan made the rifle working parts and administered the network's online platforms. Mr Kantree made gun stocks and Mr Kanokpol packed and mailed the goods.

"They made copies of brands popular in other countries and sold them at 9,500-22,000 baht apiece," Pol Maj Gen Jirabhop said.

Pol Lt Col Supote Poomyam, of the CSD, said the three men confessed to having operated the illegal business for two years.

Mr Tanatnan was a vocational student. He had earlier collected latex at rubber plantations and sold fishing tools. He learned gunsmithing online and bought the materials he needed in Chiang Rai province, where he lived.

Gun stocks were made in Nakhon Ratchasima province. The gang sold the guns in parts, for customers to assemble, he said. 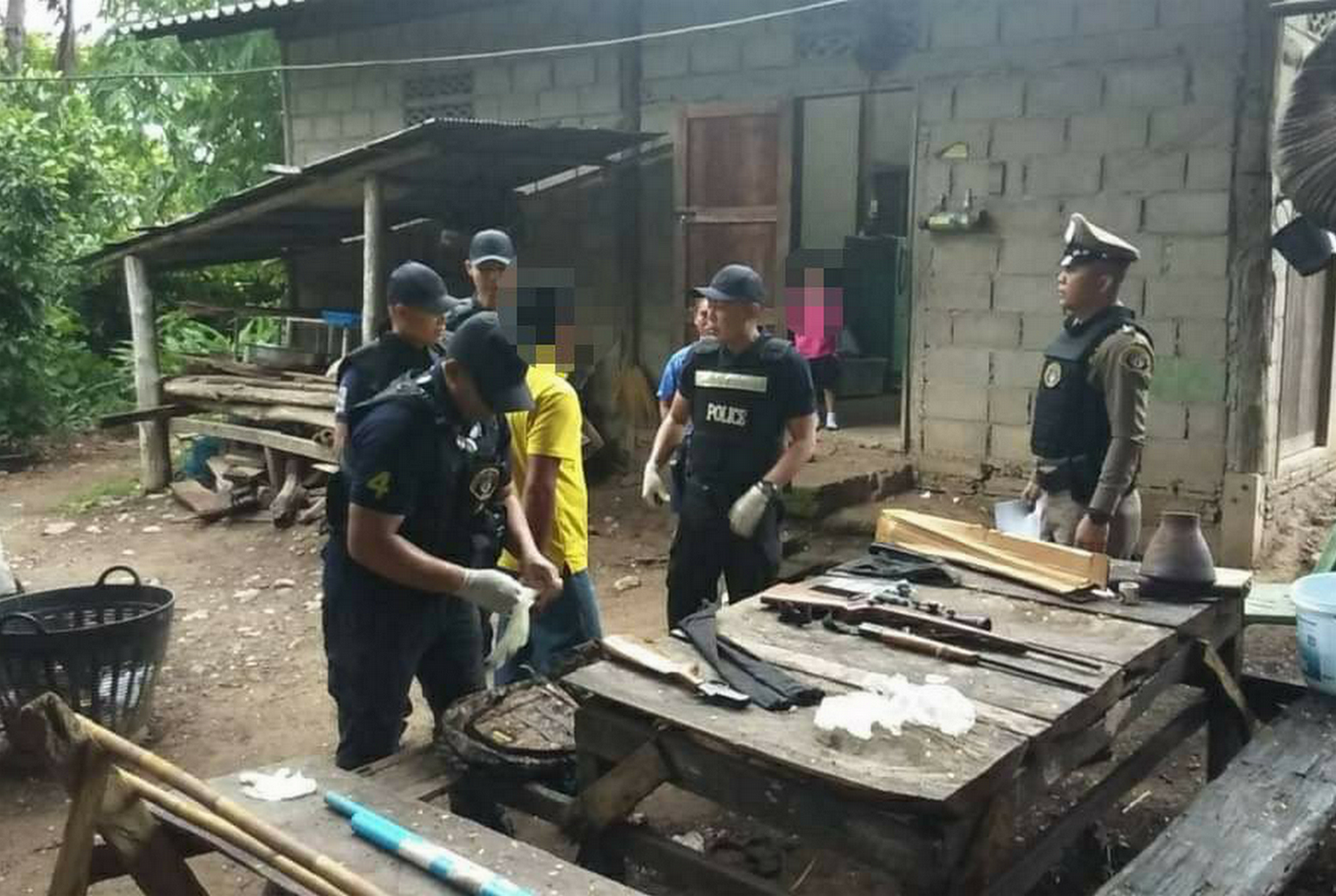 Police examine some of the seized, well-made firearms and gun parts. (Police photo)