The wreckage of the Toyota Yaris sedan after it and a pickup collided head-on in Nakhon Si Thammarat province on Thursday evening. The three people in the car were killed. One was pregnant. (Photo: Nujaree Raekrun)

NAKHON SI THAMMARAT: Three people were killed, one a pregnant woman, and another severely injured when a car and a pickup truck collided head-on in Cha-uat district on Thursday evening.

Both vehicles, an Isuzu pickup and a Toyota Yaris, were hurled off the road and down the adjoinng embankment by the force of the collision.

The driver of the pickup was still alive, but trapped in the wreckage. He was extracted by rescuers and rushed to Cha-uat Hospital, and then transferred to Maharaj Nakhon Si Thammarat Hospital.

Three people were found dead in the wreckage of the small sedan, one man and two women.

They were identified as Ratchaphum Suksawat, 25,  Natthiya Ritwong, 22, and Sasikarn Thongrod, 25, all from Cha-uat district. It took rescue workers several hours to retrieve their bodies from the wreckage. One of the women was pregnant, Pol Col Thian said.

Police said the two vehicles were travelling in opposite directions and had collided head-on. Both were reported to be going fast. The investigation was continuing 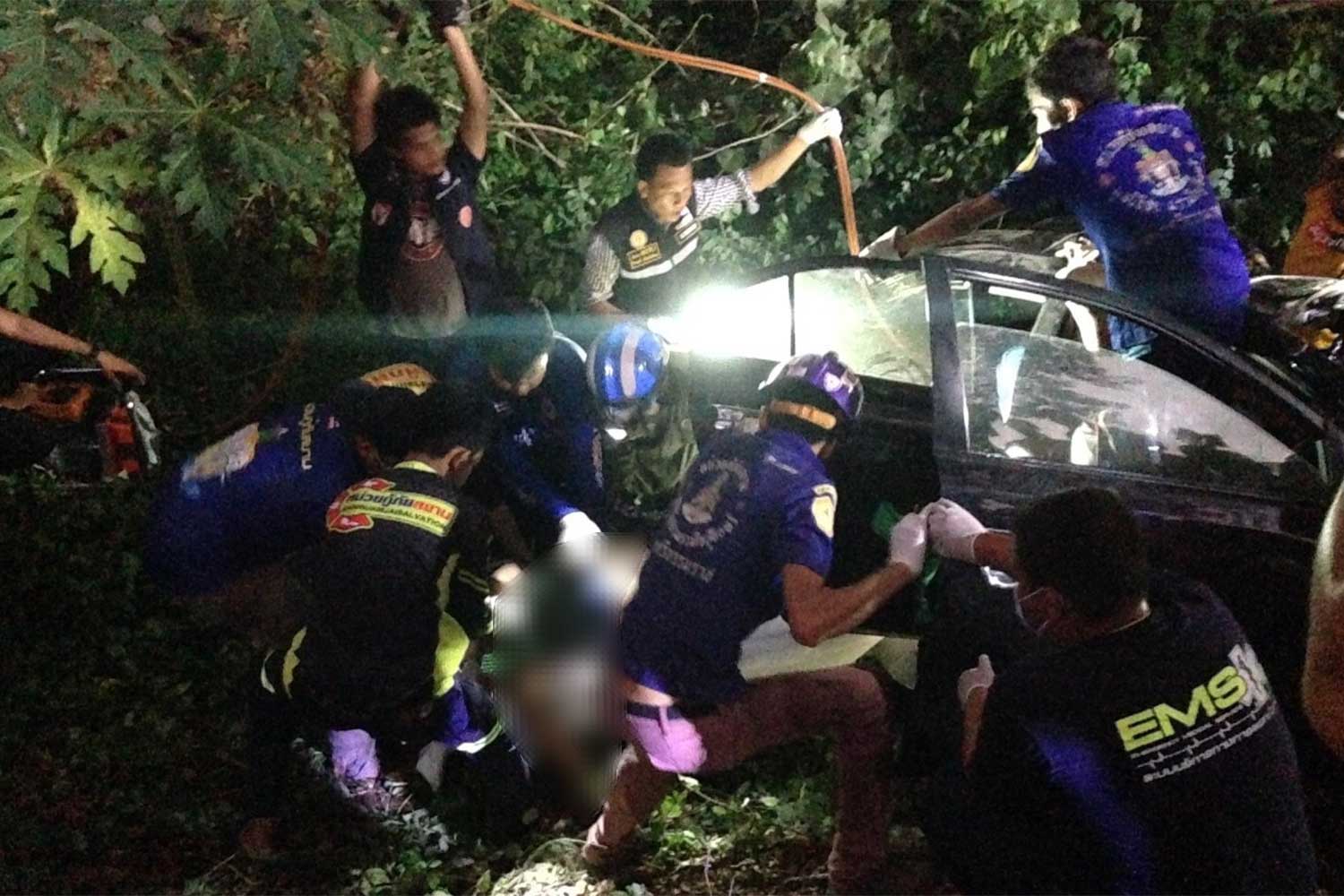 Rescue workers took several hours to retrieve the bodies of the three dead victims from the wreckage of the Yaris. (Photo: Nujaree Raekrun) 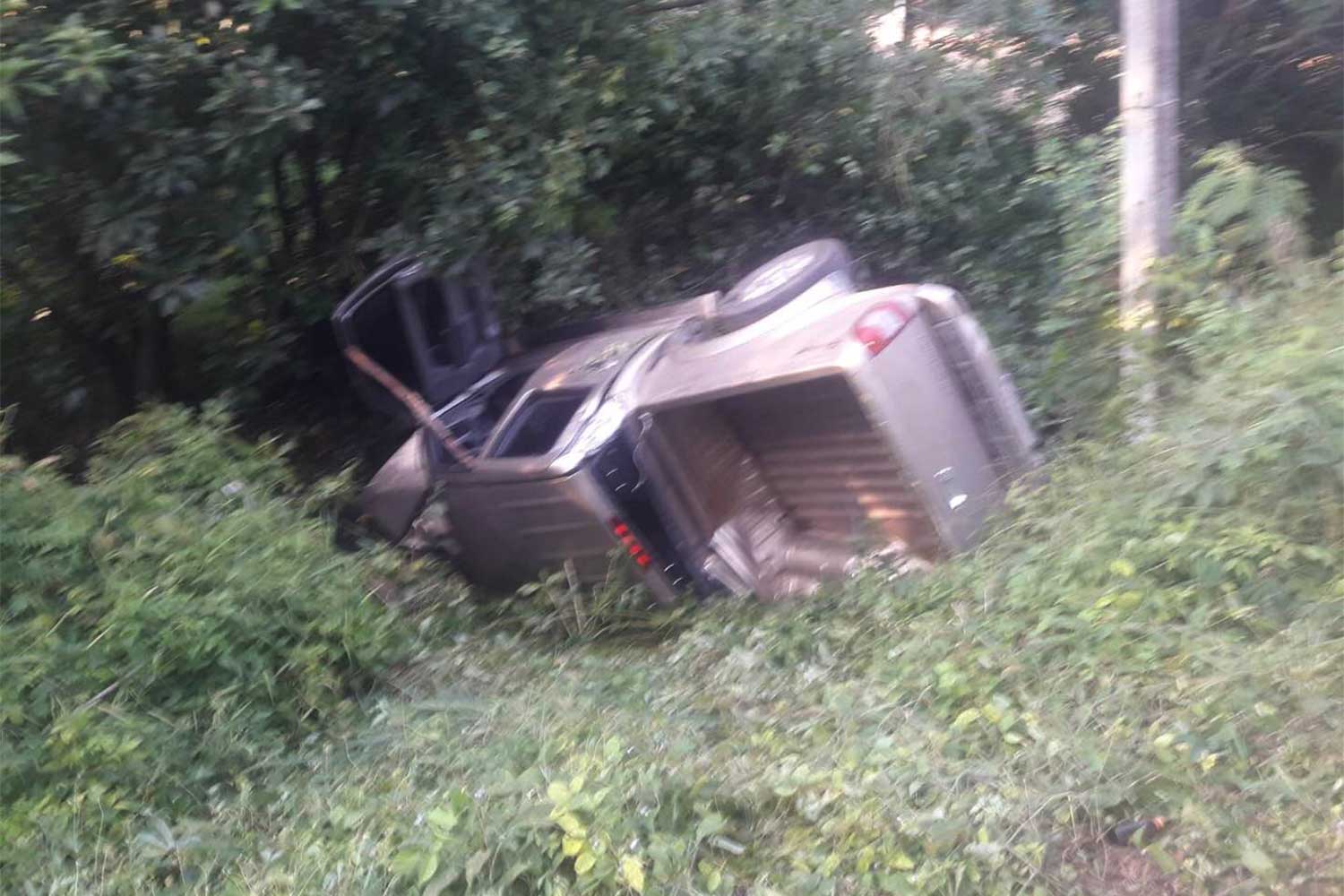 The driver of the pickup truck was severely injured and is being treated in Maharaj Nakhon Si Thammarat Hospital. (Photo: Nujaree Raekrun)