One more Covid case, and a warning
Thailand
General

One more Covid case, and a warning

A teacher helps fit a mask to a pupil's face at Intarumphun Anusorn School in Muang district of Samut Prakan, part of the school's anti-Covid-19 measures. (Photo: Somchai Poomlard)

One new coronavirus case was reported on Friday, a man who returned from Singapore.

The Centre for Covid-19 Situation Administration (CCSA) said the 56-year-old Thai arrived from Singapore on Aug 7 and was in quarantine at a government-provided facility in Chon Buri.

The second test, on Tuesday, had come back positive, although he did not show any symptoms of infection. 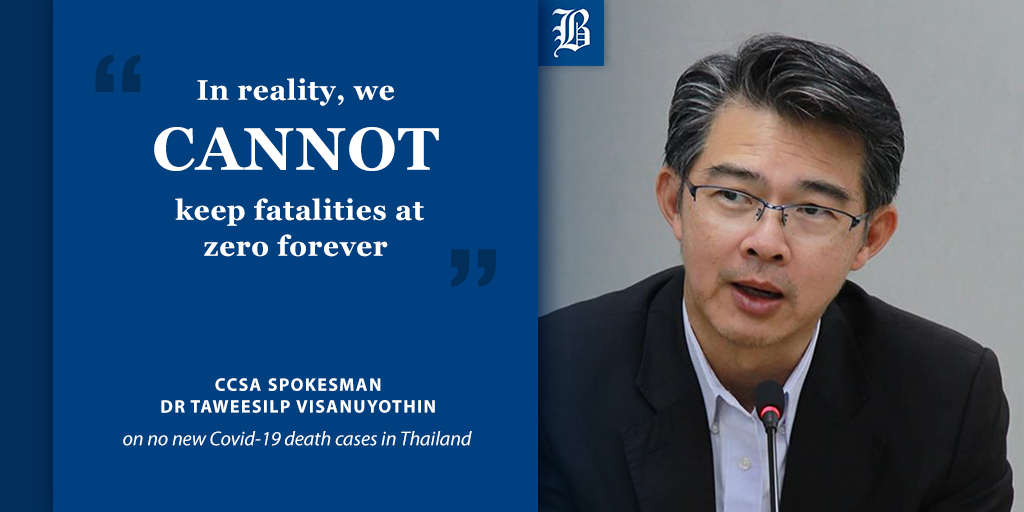 CCSA spokesman Taweesilp Visanuyothin said although the death toll from the disease had remained at 58 since June 2, there was still a chance there would be more deaths from the virus in Thailand.

"In reality, we cannot keep fatalities at zero forever," he added.

The spokesman confirmed that the CCSA will recommend that cabinet extend the state of emergency for another month after the present period ends on Aug 31.

The extension will be on the agenda at the weekly cabinet meeting at Government House on Tuesday.