PHUKET: The president of Phuket Rajabhat University insisted on Friday that the death of a first-year student had nothing to with a hazing ritual. She collapsed during a warm-up run for cheerleading practice, he said.

The university had expressed its deepest condolences to the family of Phornphiphat Eaddam, Hiran Prasarnkarn said at a media briefing on Friday, in the presence of other university executives, lecturers and staff.

The 19-year-old student in the faculty of humanities and social sciences passed out while running around the university’s volleyball court around 7pm on Wednesday.

She was rushed to Vachira Phuket Hospital’s intensive care unit, where she was pronounced dead on Thursday evening.

The university president said a fact-finding inquiry would be launched into her death.

“The university will not sit idle regarding this case. It will give initial remedial assistance of 100,000 baht,  and has already contacted the family of the student," Mr Hiran said.

"The university will urgently investigate the case. The inquiry panel comprises university executives and lawyers. Anyone found at fault in the student’s death will face disciplinary action."

He was adamant that the running was not related to hazing, as reported by some other media. It was part of a sports activity at the faculty.

“We are awaiting the autopsy results from Vachira Phuket Hospital for the cause of the death. The student collapsed during cheerleading practice and was immediately taken to the hospital’s ICU. The cause of death is being examined by doctors. The finding of the inquiry will be made public later,’’ the dean said.

University deputy president Noppadon Chanrawang said the volleyball court run was not part of a hazing ritual for freshmen. It was for a faculty sports activity which included a cheerleading contest, to be held in September.

The dead student 's family said they just wanted the truth about what happened.

Khanong Eaddam, 43, father of Phornphiphat, or Nong Mint, said he was advised around 7pm on Wednesday that his daughter had passed out and was taken to Vachira Phuket Hospital. Her heart stopped beating during the 16-minute trip to the hospital. A doctor performed CPR and she was admitted to the intensive care unit.

“I asked her friends who took part in the activity.They were running around the volleyball yard to warm up, five times around. However, Nong Mint could not complete the run. She suffered a seizure and passed out.

"Her friends immediately took her to the hospital on a motorcycle, with my daughter sitting in the middle,’’ said Mr Khanong. He rushed to the hospital as soon as he heard the news.

The family was deeply saddened by Nong Mint's death, he said.

His daughter had no chronic illness. He had asked a doctor, who told him his daughter was very exhausted, and this had led to heart failure.

“Our family had already filed a complaint with Muang police. But we're not suing  the university. We only want it to speak the truth,’’ Mr Khanong said. Executives of Phuket Rajabhat University on Friday insist the death of a first-year student was not caused by a hazing ritual. (Photo: Achataya Chuenniran) 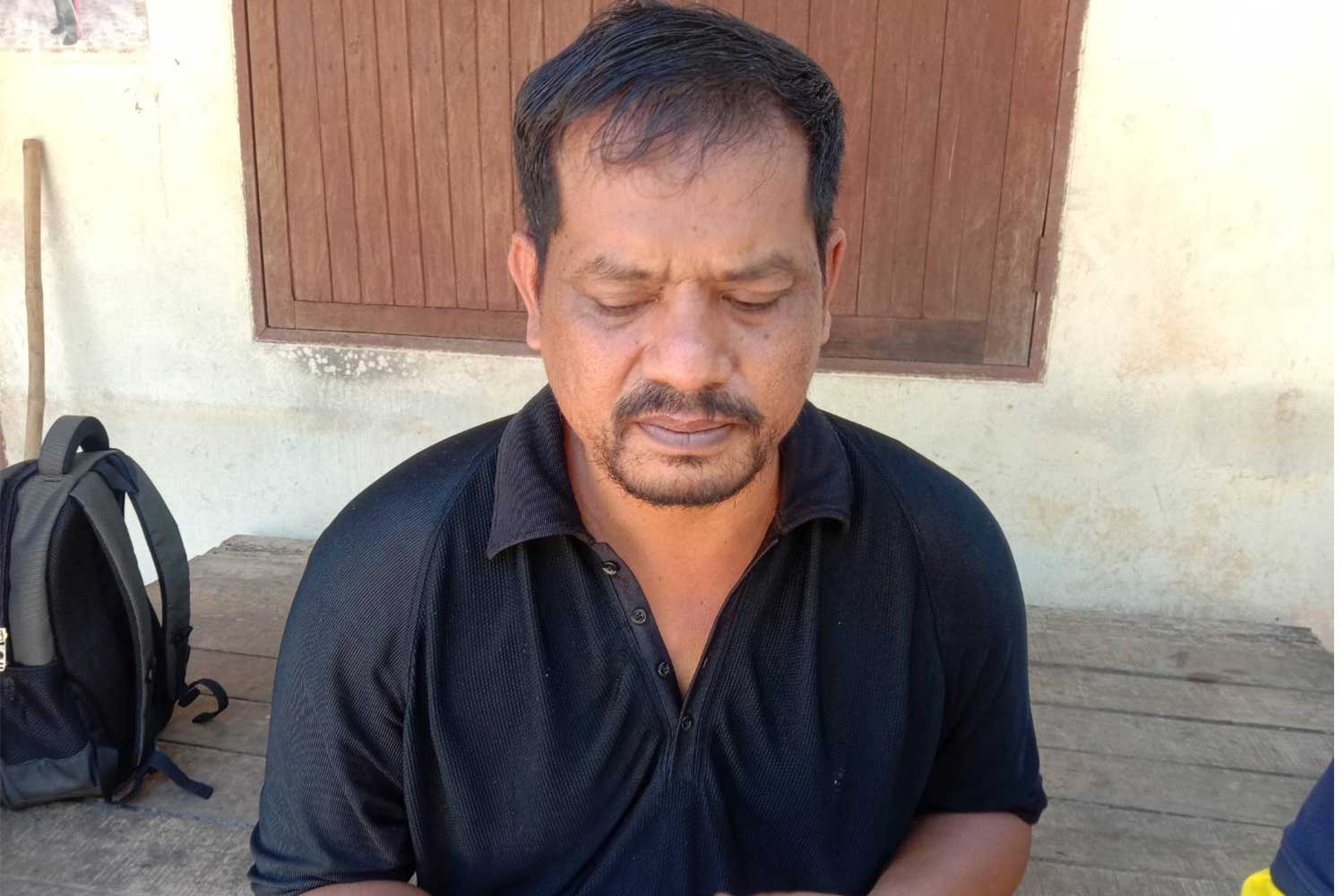 Khanong Eaddam, father of Phornphiphat “Nong Mint", calls on the university to tell the truth about his daughter's death. (Photo by Achataya Chuenniran)

About 9,000 face charges for conspiring with hoteliers, shop owners to defraud We Travel Together stimulus scheme, says national police chief.