Officials inspect the site of a house near Khao Kho national park in Phetchabun. A senior government official reportedly owned the land plot and allowed her American friend to build a house there. (Photo: Sunthorn Kongwarakom)

PHETCHABUN: A senior government official faces forest encroachment charges after the seizure of a house built by an American man near Khao Kho national park in Phetchabun.

Authorities filed a police complaint following an investigation by a team of 15 forestry officers, soldiers and local officials at the site in tambon Khao Kho on Thursday evening. They were acting on complaints that a foreign national had illegally built a luxury house in a reserved forest area.

The site in question, officials say, was originally two Ror Or Sor plots — land allocated by the army to defence volunteers who fought communist insurgents four decades ago. Such plots are not supposed to be sold.

Somehow the land ended up in the hands of a forestry official, who in turn sold it to a woman who works in the Office of the Prime Minister. She then allowed an American friend, identified later as Paul Boehler, 53, to build there.

When the inspection team arrived, they found a resort house and a shed for construction materials on the plot. Shortly afterward, Mr Boehler arrived along with a Thai man identified later as Panya Sawatongkhol. Mr Panya told officials that he was authorised by the land owner, Dusita Srichoo, to point out the boundary of the land.

He showed them a letter authorising him to represent the woman and documents related to the land purchase. Mr Panya said Ms Dusita had bought the 16 rai of land from a forestry official for 960,000 baht in 2009.

After inspecting the boundary, the officials found the land was part of the Phloklon national forest reserve near Khao Kho national park.

A further check showed that the plot claimed to be owned by Ms Dusita duplicated two Ror Or Sor land plots whose original holders were identified as Somboon Suwannachart and Yai In-ngarm.

Authorities said Ms Dusita was not the original land holder, and that the change of ownership violated a 1998 cabinet resolution that allocated land to the poor and landless.

As the land was being occupied illegally, officials moved to seize it. The forest encroachment caused initial damage estimated at 1.13 million baht to the state, they said.

Boonsom Totaensombat, head of the Khao Kho forest protection unit, was assigned to file a complaint with local police against Ms Dusita and others for violating the Forest Reserve Act and the Forest Act.

A source familiar with the investigation said Ms Dusita was director of the analysis and foreign affairs coordination division in the Office of the Prime Minister. The forestry official from whom she had purchased the land was identified as Preecha Samart, now director of the natural resources and environment office in Nakhon Sawan province. 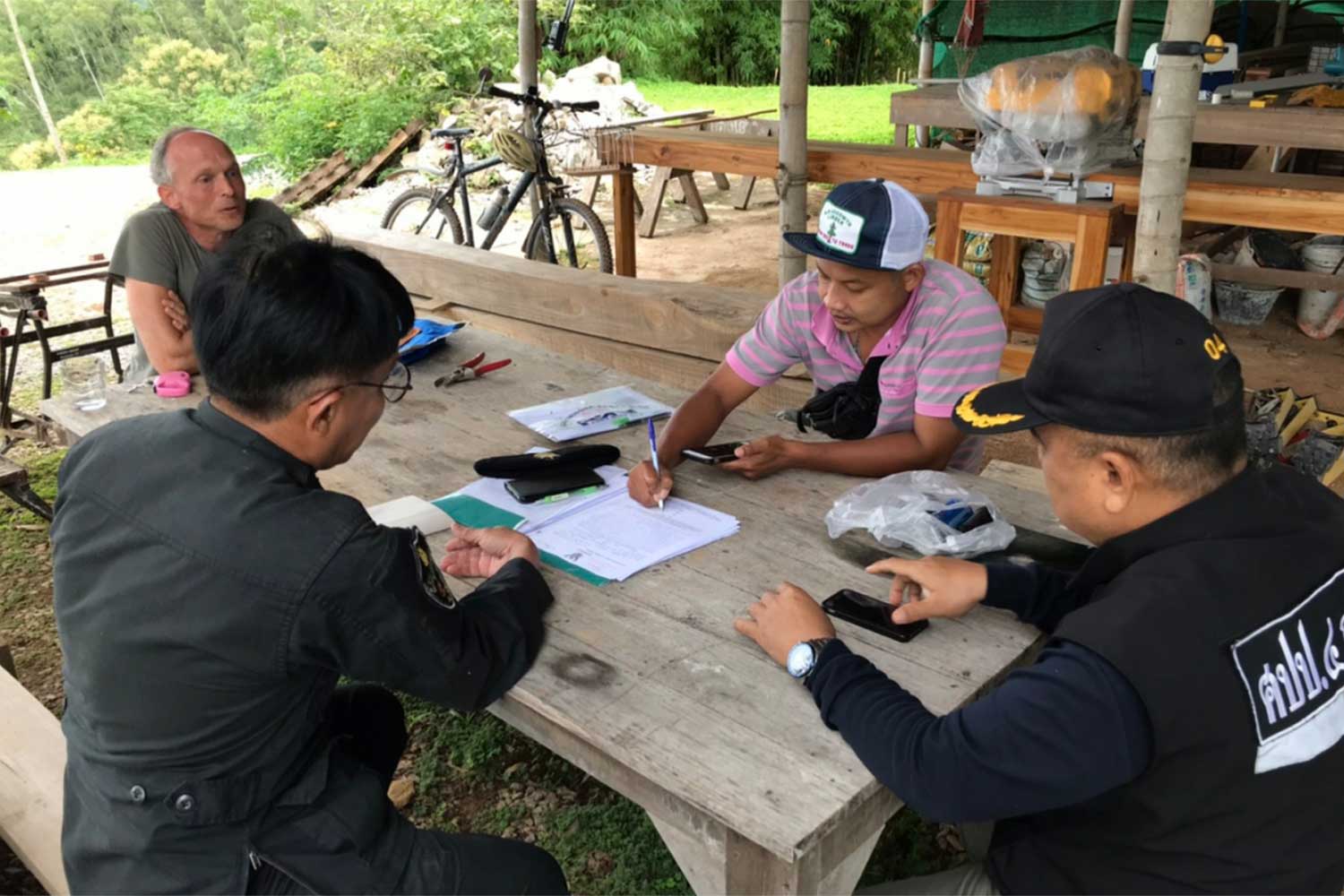 Officials check documents related to a house near Khao Kho national park in Phetchabun as its American occupant, Paul Boehler, looks on. (Photo by Sunthorn Kongwarakom)

Asean foreign ministers are preparing to hold a special meeting on Tuesday to discuss the political crisis in Myanmar, Asean diplomatic sources said on Friday.

Two men have been arrested for the 6-million-baht armed holdup of a gold shop at a Big C mall in Nonthaburi province on Thursday.

A motorcycle taxi driver has been arrested on charges of using fake profile photos to lure women to pose nude for online videos, then blackmailing and raping them, in Nonthaburi.