The Royal Thai Navy has entered a war of words with Pheu Thai over the controversial procurement of two more submarines from China during a time of economic crisis.

Navy chief of staff Adm Sittiporn Maskasem said on Monday the navy needed more submarines as part of its defence strategy, but the issue had been dragged into politics.

"We have found there are political attempts to use this issue to attack the government," he said during a media briefing, where top brass lined up on stage to defend the procurement.

The government and navy are under fire after the Palang Pracharath Party-led House subcommittee last week approved the purchase of two more submarines, at a cost of 22.5 billion baht, from China.

The passing of the budget came amid rumours that a general whose name started with a P was the man  pressing the committee to give the project the green light.

Purchase of the first of the planned three submarines from China has already been finalised, using money from the 2017 budget. Delivery is expected in 2023.

Deputy Prime Minister Prawit Wongsuwon said in Rayong on Monday that there had been no lobbying to get the two submarines approved by the panel. "How could lobbying be possible? It's the subcommittee's job," the Palang Pracharath Party leader said.

The public outcry over the submarine procurement forced the navy to hold a media conference on Monday. The topic #PeopleSayNoToSubs (in Thai) has been among the top hashtags since the budget got the nod from the subcommittee. (continues below) 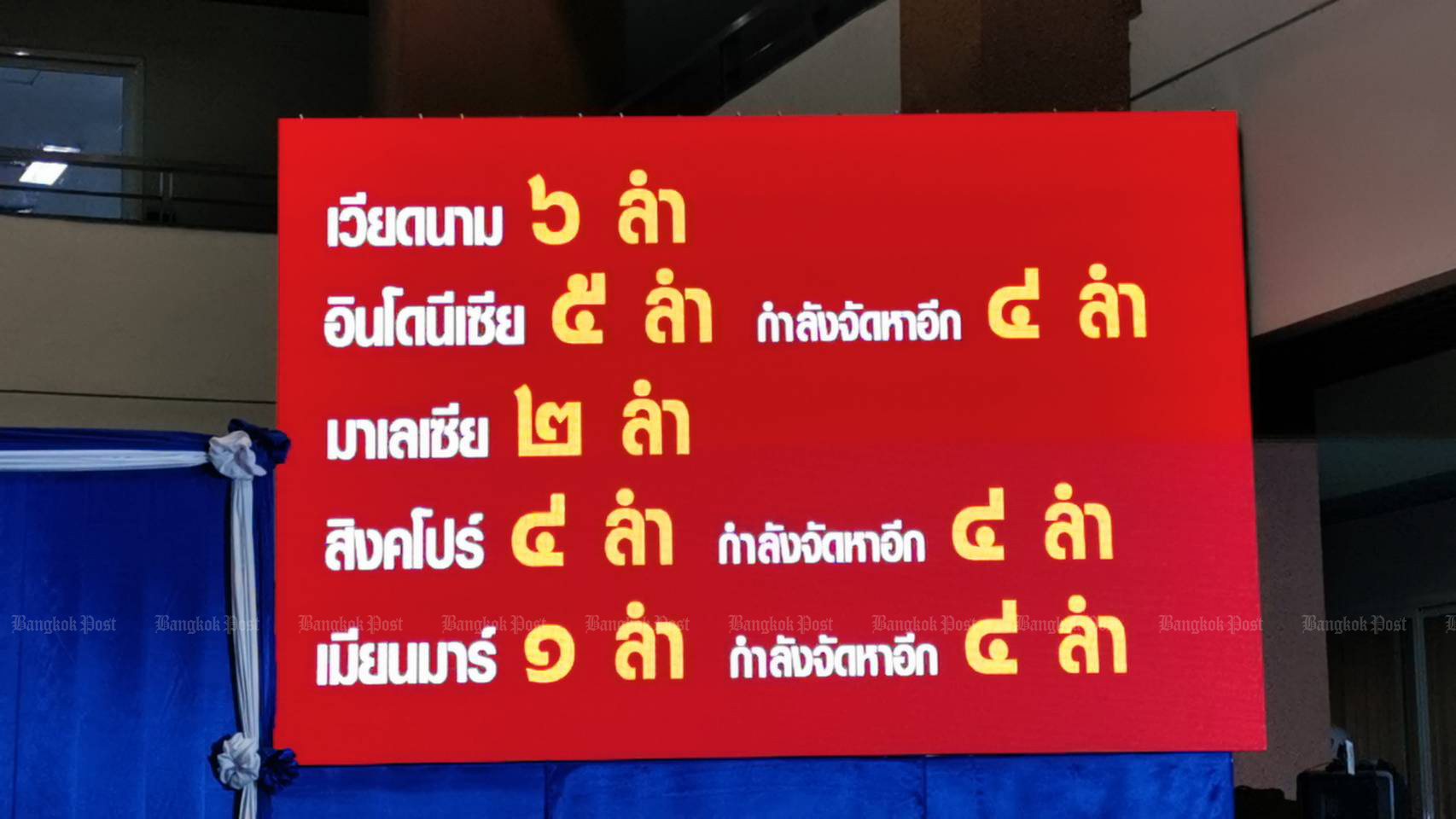 A presentation by the navy shows Vietnam has six submarines, Indonesia has five, Malaysia has two, Singapore has four and Myanmar has one. (Photo: Wassana Nanuam)

During Monday's media offensive at navy headquarters in Bangkok, the military used the number of submarines in service or being bought by neighbouring countries to substantiate its need for a strong submersible fleet.

The navy on Monday argued that the purchase was transparent and the money would come from the navy's budget purse over seven fiscal years.

Pheu Thai spokesman Anusorn Iemsa-ard on Monday dismissed the navy's explanation as being of no consequence. The party would not step back from the issue, he said. If necessary they step up the campaign to sink the project. He warned of a street protest against the submarine procurement.