Activists report to police, 'Penguin' vows to go ahead with major rally

Four activists have acknowledged charges against them in connection with a rally at the army headquarters last month while Parit "Penguin" Chiwarak has vowed to go ahead with a major rally next month.

On July 20, the four, along with other activists, gathered outside the main gate of the army headquarters in protest against a controversial comment made by a former deputy army spokeswoman.

Two days earlier, the activists joined the Free Youth group’s rally at the Democracy Monument and Col Nusra Vorapatratorn criticised it on her Facebook page.

In her post, she described the anti-government protesters as a "mung ming" mob, a modern slang term used to describe a young person who is innocent, naive and by implication, ignorant. She also wrote their time would be better spent making a living instead of taking to the streets. She later removed the post, but not before someone had captured it as a screenshot and shared it in social media.

After reporting to police on Tuesday, Ms Suwanna, who has faced at least seven summonses and arrest warrants since joining the latest round of pro-democracy rallies that began on July 18, insisted everyone was free to speak about politics.

Mr Anon said summonses and arrest warrants were a form of intimidation and he was ready to fight in line with legal procedures for justice.

Mr Piyarat said he arrived to answer charges in the summons. It was the first warrant he received after taking a rally stage.

Activist Panupong “Mike Rayong” Jadnok, was also summonsed to hear the same charges, but he had already been taken into custody in Rayong on Monday.

Mr Panupong was also accused to sedition and other charges connection with the Free Youth protest at Thammasat University Rangsit campus on Aug 10. He was taken to Ban Phe police station.

Khlong Luang police in Pathum Thani also arrived at Nang Loeng police station on Tuesday to arrest Mr Anon for his speech during the Thammasat rally.

Speaking after answering the charges, Mr Parit said cases filed against him and other activists were the government's attempts to block their moves and demoralise them.

"But the government is wrong. What it did further proves that it is using laws as a tool to harass people," said the Thammasat University student.

The political science student insisted the 10-point manifesto on monarchy reforms was vital as it was the foundation in other constitutional monarchies such as the United Kingdom and Spain.

On the rally in front of the army headquarters, police pressed five charges against him and the other activists for violating the emergency decree, traffic and cleanliness laws.

His group initially denied all charges during the police interrogation and would testify in court. The investigators would submit the case to the court on Sept 21.

He reiterated people had the right to protest. As for a minor charge of violating the cleanliness law, he said the protesters had collected garbage before dispersing.

Mr Parit and the other two activisits later went to the Khlong Luang police station to give moral support to the human rights lawyer, who was just brought there. 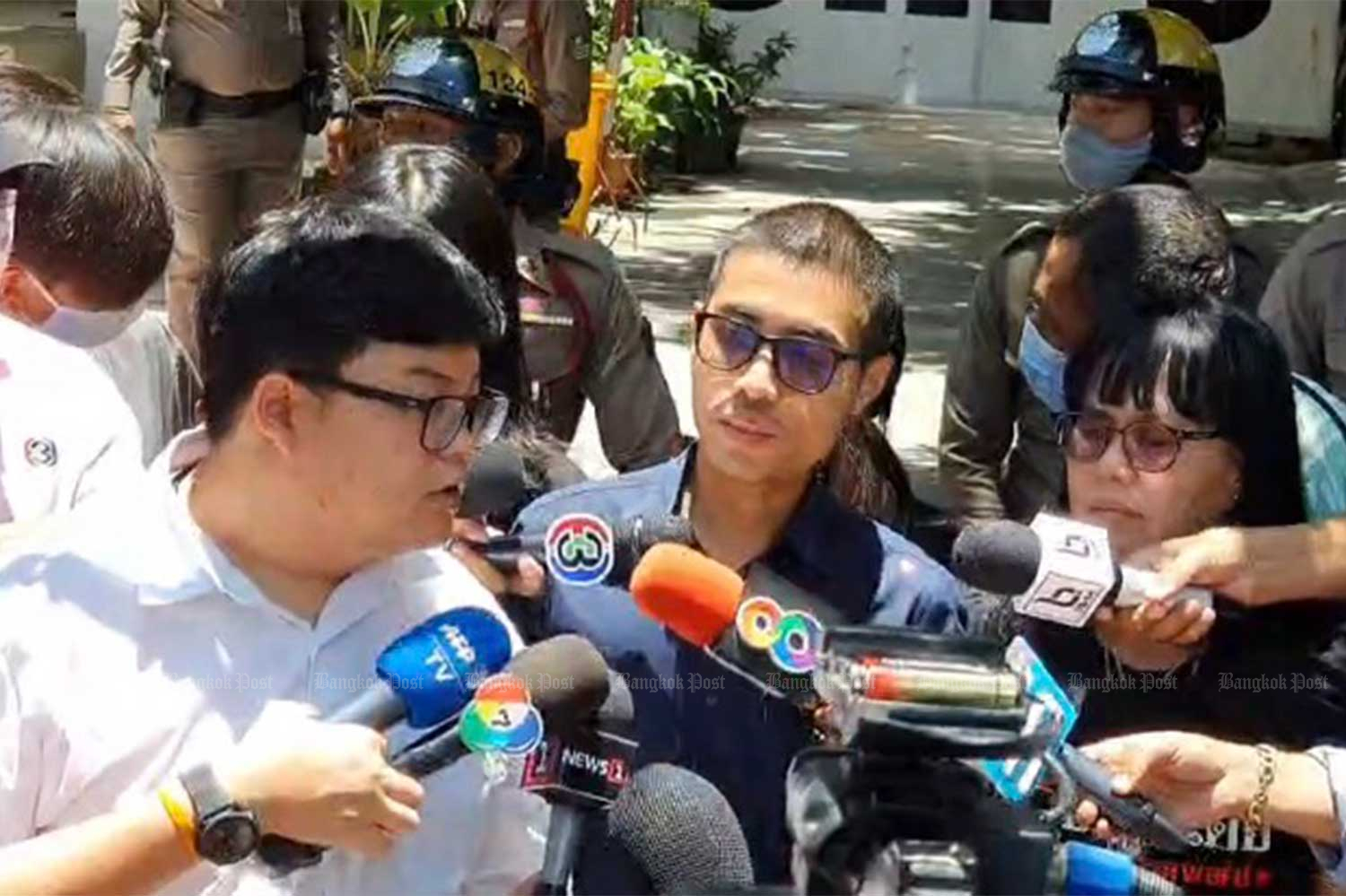