Ivan Karadzic, a Danish diving instructor on Koh Tao in Surat Thani, receives a royal decoration in front of the portrait of His Majesty the King during a ceremony held at the Surat Thani provincial hall on Thursday. (Photo: Supapong Chaolan)

SURAT THANI: Two foreign diving instructors on Koh Tao have received royal decorations for their role in the rescue of twelve members of the Wild Boars football team and their coach two years ago.

Elik Brown, a Canadian national; and Ivan Karadzic, a Danish national, both diving instructors on Koh Tao, were among 115 foreigners who have been granted the Most Admirable Order of Direkgunabhorn.

Mr Karadzic said he was delighted and overwhelmed that the King recognised efforts by diving teams to rescue the Wild Boars footballers and their coach from the flooded Tham Luang cave.

The 12 boys, aged 11-16 at the time, and their 25-year-old coach entered the cave complex in Tham Luang-Khun Nam Nang Non Forest Park in Chiang Rai on June 23, 2018 and soon became trapped by rapidly rising floodwater. They were rescued from the cave from July 8-10.

The Most Admirable Order of Direkgunabhorn royal decoration. (Photo by Supapong Chaolan) 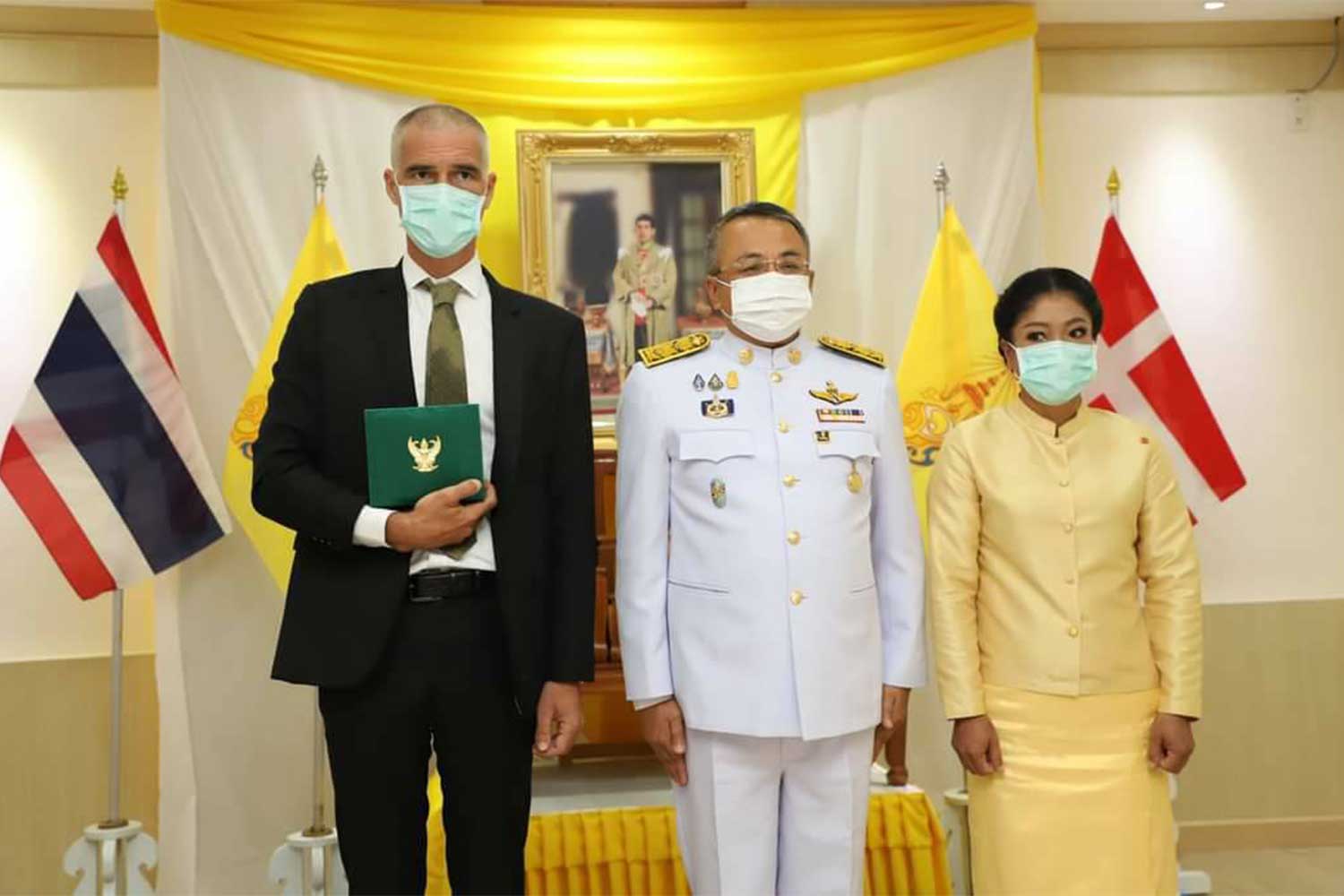