A rescue worker descends to retrieve the body of the handcuffed, murdered man from a drain at a canal in tambon Tha Rua of Muang district, Nakhon Si Thammarat, on Wednesday. (Photo: Nujaree Raekrun)

NAKHON SI THAMMARAT: The body of a man was found in a drain in Muang district on Wednesday, shot in the head and his arms handcuffed behind his back.

The murdered man was found around 10am by a local man fishing near the site of sluice gates under construction in Tha Rua- Hua Trud canal in tambon Tha Rua, Pol Lt Col Nathakorn Meenim, investigation chief at Chamao police station, said.

The body was that of a man aged 30-35 years, with tattoos on his back. His arms were handcuffed behind his back and he had been shot in the head at close range.

He was wearing black shorts and a green T-shirt. There were no documents with his body. A hospital doctor who accompanied emergency responders to the scene estimated the man had been dead at least 3-4 days.

Nobody knew who the man was, Pol Lt Col Nathakorn said. The body was taken to Maharaj Nakhon Si Thammarat hospital for an autopsy.

The man who found the body told police he was going fishing in the canal when he noticed a green object floating in the water. He thought it might be a dead dog, but when he looked closer was shocked to realise it was a man's body.

He immediately alerted the village chief, who reported it to police.

Investigators speculated the man had been abducted somewhere else and brought to the area in  handcuffs, murdered and dumped in the drain. Probably at least two assailants were involved. 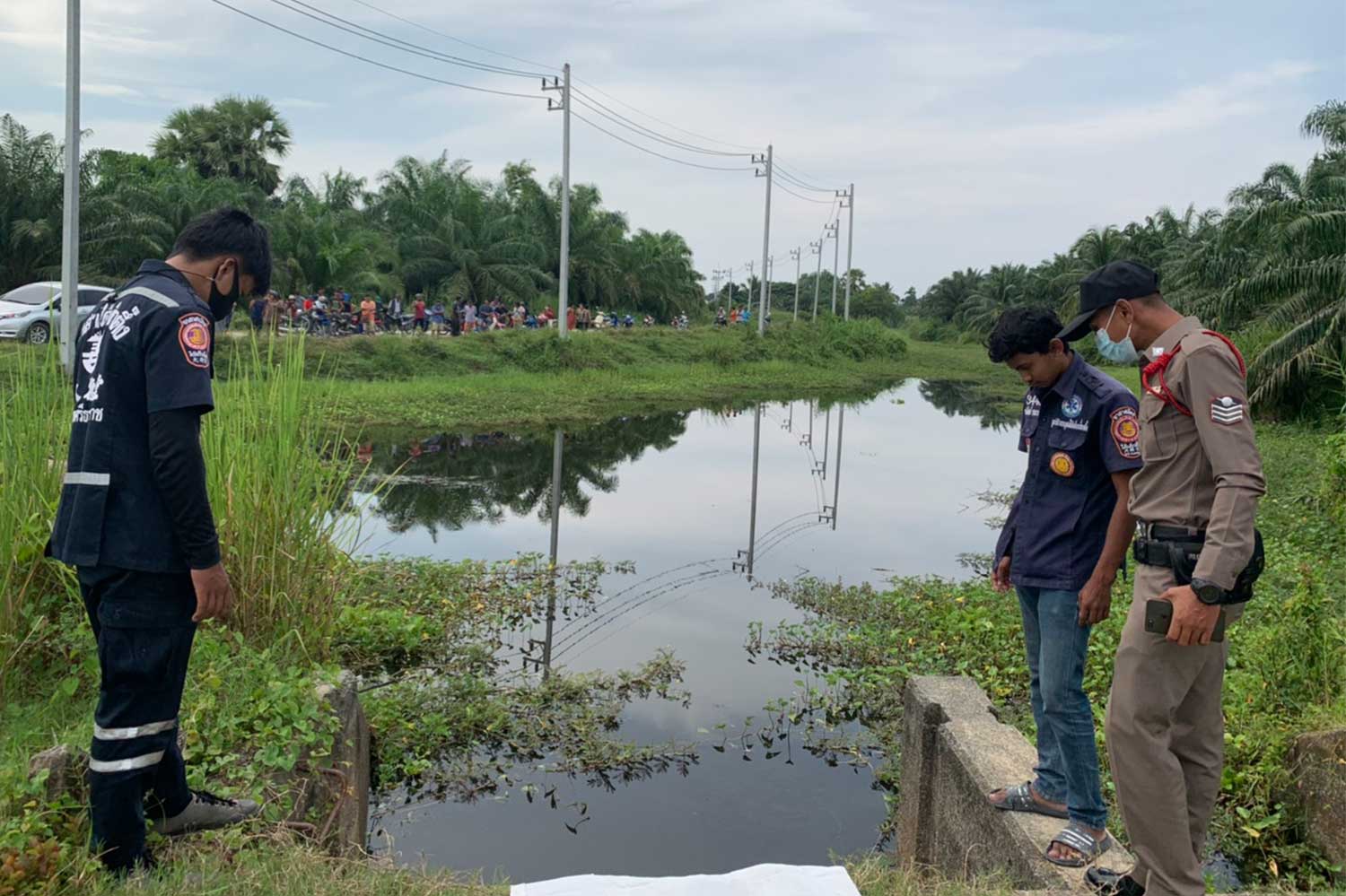