Hundreds tested in search for source

A worker sprays disinfectant at the Sam Wan Song Khuen pub on Rama V Road in Nonthaburi. The pub is to remain closed until tomorrow. The latest Covid-19 patient worked as a DJ at the premises on Fridays and Sundays. (Photos by Nutthawat Wicheanbut)

Health authorities remained stumped on Friday regarding the source of the infection of a 37-year-old male prison inmate who tested positive for Covid-19 shortly after being sent to jail.

Revealed on Thursday, the case ended the country's 100-day streak without any new local infections.

More than 200 people found to be in close contact with the man have tested negative for the virus so far.

The inmate worked as a DJ at two branches of the Sam Wan Song Khuen pub, one in Bangkok and the other in Nonthaburi, and visited a venue on Khao San Road on Aug 18, before he was jailed on Aug 26 for a drug offence.

The case of the inmate was among four new ones that were reported on Friday by the Centre for Covid-19 Situation Administration (CCSA), bringing the overall tally to 3,431.

According to Dr Sopon Iamsirithaworn, director of the Department of Disease Control's Bureau of General Communicable Diseases, health officials were still trying to find the source of infection. The high- and low-risk contacts included six family members, workers at the two entertainment venues and those working at the Criminal Court and the Central Special Correctional Institution, he said.

The CCSA said a total of 589 people had come into contact with the man from Aug 15 until Thursday when his positive test was revealed, with 78 considered high-risk and 511 low-risk.

Covid-19 tests on 36 prisoners and officials who came into contact with the man during his 14-day quarantine period before entering the main prison complex also came back negative.

Dr Kiattiphum Wongrajit, director-general of the Department of Mental Health, said on Friday health officials had established contact with high-risk and low-risk contacts who all tested negative.

He said it was suspected that the man might either have contracted the virus from a returnee while he was at work or from an infected person with no travel history.

Dr Opas Kankawinpong, chief of the Department of Medical Sciences, said on Friday the department was assigned to analyse the genome sequence of the virus to determine the strain and it would take some time before the results would become available.

He suggested that people concerned about being exposed to the virus should contact health authorities for a free Covid-19 test.

Health officials in Nonthaburi ordered the Rama V branch of Sam Wan Song Khuen in Nonthaburi to be closed for three days until Sunday for disinfection. 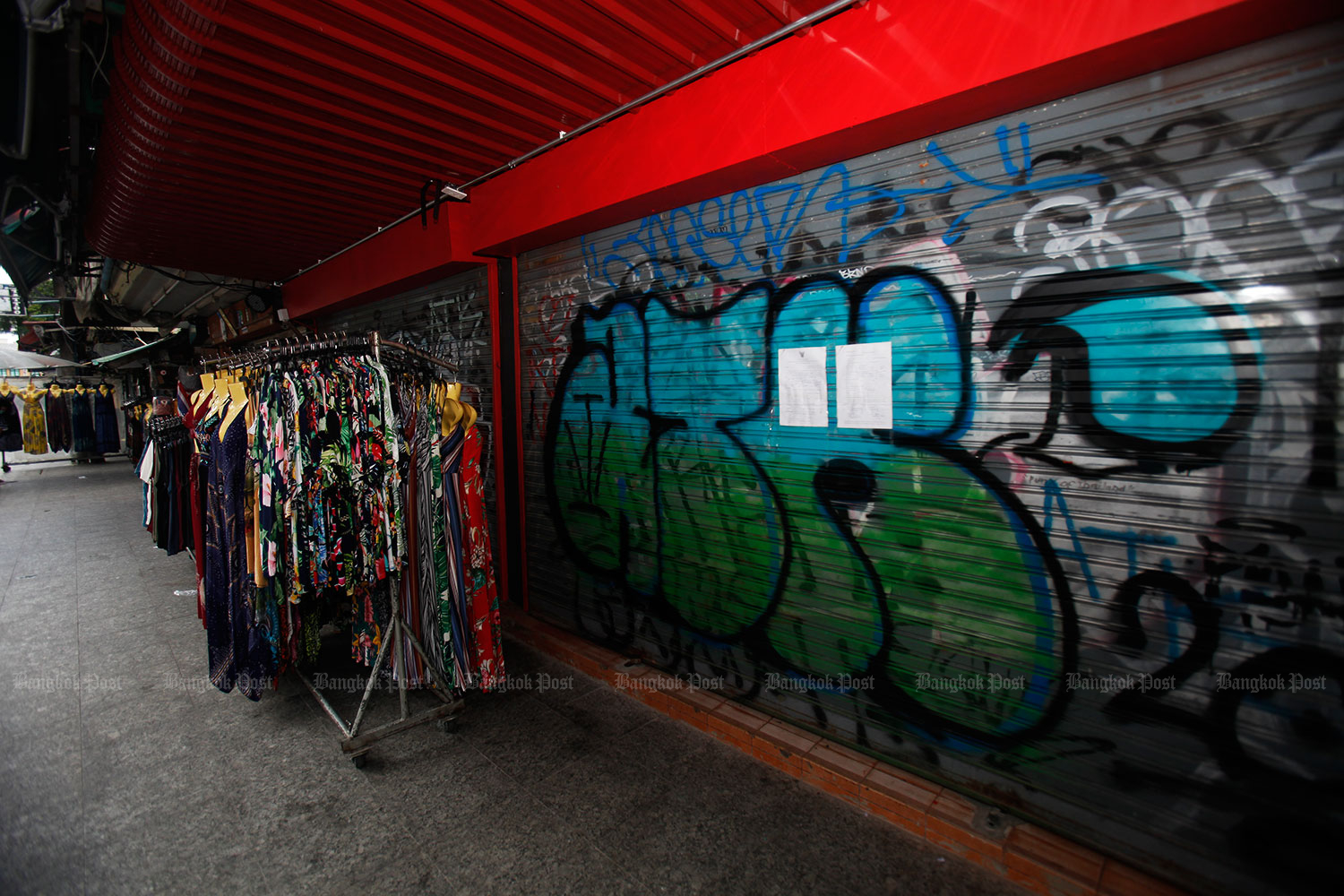 A closure order is seen posted on the door at the First Cafe on Khao San Road in Bangkok’s Phra Nakhon district after health officials found the Covid-19 patient visited the coffee shop on Aug 18.

Chakkrapan Wattanapintu, a village headman in Nonthaburi's Muang district, said on Friday local officials were searching for a Lao woman, believed to be in her 20s, who broke a quarantine order on Friday morning.

He said he found the woman hiding in a room during an inspection of the Sam Wan Song Khuen pub premises in Nonthaburi and asked her to wait there to be taken into quarantine. According to Mr Chakkrapan, his phone battery ran out and he went home but the woman was nowhere to be seen when health officials arrived.

Prasit Silpdamrong, vice president of the Khao San Business Association, said on Friday he had made some inquiries and found that the patient dropped in for a work audition in the afternoon before opening hours.

He said he was not sure about social distancing and public health measures taken at the private meeting, but insisted that business operators strictly followed public health guidelines laid down by local and health officials.

Meanwhile, the Bangkok Metropolitan Administration on Friday sent officials to Ban Suan Thon condominium in Bang Mod area where the man lived to disinfect the premises and conduct Covid-19 testing of residents.

The management of the condominium said the risk of transmission was likely low because the man mostly stayed in his room.