Park officials arrive at the Krathom Rim Tharn resort in Thong Pha Phum district of Kanchanaburi on Thursday and post a final warning for the owners to leave. (Photo: Piyarat Chongcharoen)

KANCHANABURI: The owners of a resort built illegally in Khao Laem National Park have finally been given seven days to pack up and leave, after defying a court order for three years.

However, another party has now also laid claim to the resort and the land, further complicating the drawn-out process and threatening further delay.

Park officials on Thursday posted the final warning at the Krathom Rim Tharn resort, in Thong Pha Phum district. If it is still there in seven days, it faces demolition and the owner will be billed for the cost.

The resort has 14 cottages and occupies two rai of land that the Thong Pha Phum Provincial Court ruled in 2017 is inside the park boundary.

The owners, Kittipong Tonsomboon and his wife Sompang, did not appeal the judgement  and paid a fine of around 100,000 baht.  However, the couple, both former teachers, ignored the order to leave the forest.

It remains unclear why they were able to defy the order and remain there despite several warnings from the park.

Niphon Chamnongsirisak, the director of the Protected Areas Regional Office 3, which supervises the park, said he will return to the resort land to the park when the deadline expires.

Normal procedures of the National Parks, Wildlife and Plant Conservation Department require the owner of buildings found to be illegally on forest land to demolish the structures and leave, or pay the cost of demolition by the authorities. (continues below) 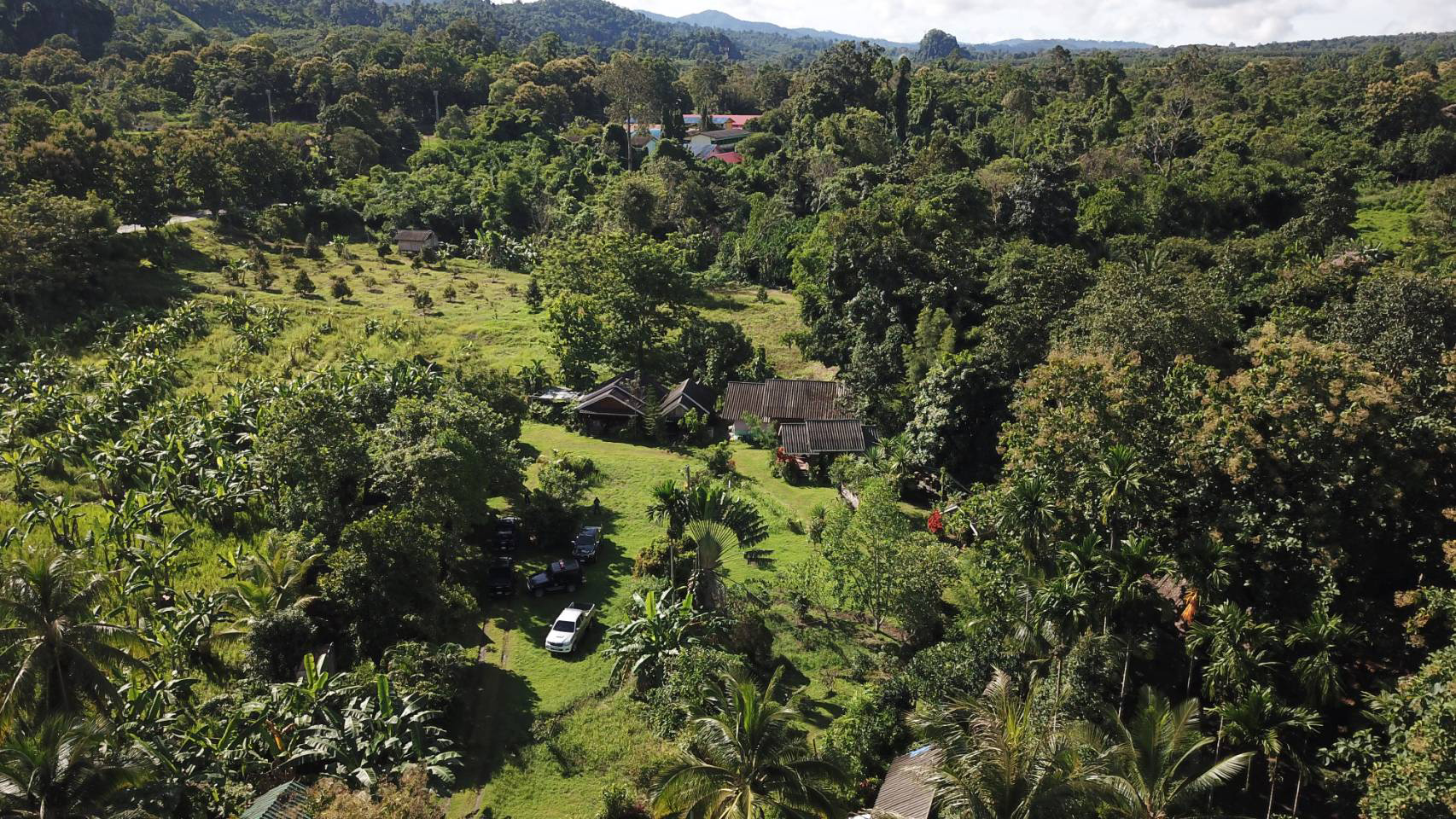 An overhead view of the resort that trespasses on Khao Laem National Park in Thong Pha Phum district of Kanchanaburi. (Photo: Piyarat Chongcharoen)

The issue become more complicated when Protected Area Regional Office 3 received a letter dated Aug 24 from a lawyer based in Hat Yai district of Songkhla, Kamonpot Uttapark, claiming the resort belonged to his client, Samarn Hongieam.

The lawyer's letter said his client was seeking permission to use the land, Mr Niphon said. The letter demanded that demolition of the resort be delayed, or the office would face  civil and criminal lawsuits, he said.

A meeting had been arranged for Sept 25, when the lawyer and his client would have to show the agency the land they claimed, and their proof. The park would take legal action against Mr Samarn if his claim proved groundless, Mr Niphon said.