A hospital staffer takes a swab from a migrant at the Covid-19 testing station opened at Kanchanaburi immigration office on Thursday to prevent the spread of coronavirus disease from Myanmar. (Photo: Piyarat Chongcharoen)

KANCHANABURI: A Covid-19 testing station for illegal migrants has been set up at Kanchanaburi immigration office, and employers are warned they will be shut down if illegal workers test positive.

Deputy provincial governor Narin Songpinitkul opened the testing unit on Thursday. He was accompanied by medical staff from Phahon Phon Phayuha Sena Hospital, who will operate it.

Dr Somchet Laoluekiart, the hospital director, said a surge of coronavirus disease was reported in Myanmar.

Kanchanaburi shared a border with Myanmar. Job seekers sneaking across the border through natural crossings could brng the disease with them and start a fresh outbreak in Thailand.

Staff from the hospital would take swabs from detained illegal migrants for testing for Covid-19. Results would be known within one day.

Kanchanaburi immigration chief Pol Col Samrarn Klanma, said a total of 194 illegal migrants had been detained recently. He said 81 migrants were held at the provincial immigration office and the others at police stations in Tha Muang, Phanom Thuan, Sai Yok, Sangkhla Buri, Muang and Bo Phloi districts, and at a welfare home for children and the elderly.

The deputy governor said security had been tightened along the border to deter illegal border crossers. Teams of soldiers, police and local officials were stationed at six road checkpoints and more than 40 natural border crossings. Local residents were being asked to inform on illegal migration.

Mr Narin said businesses should not hire illegal migrants. If any illegal workers were found to be infected, their employer's business would be forced to close, he warned. 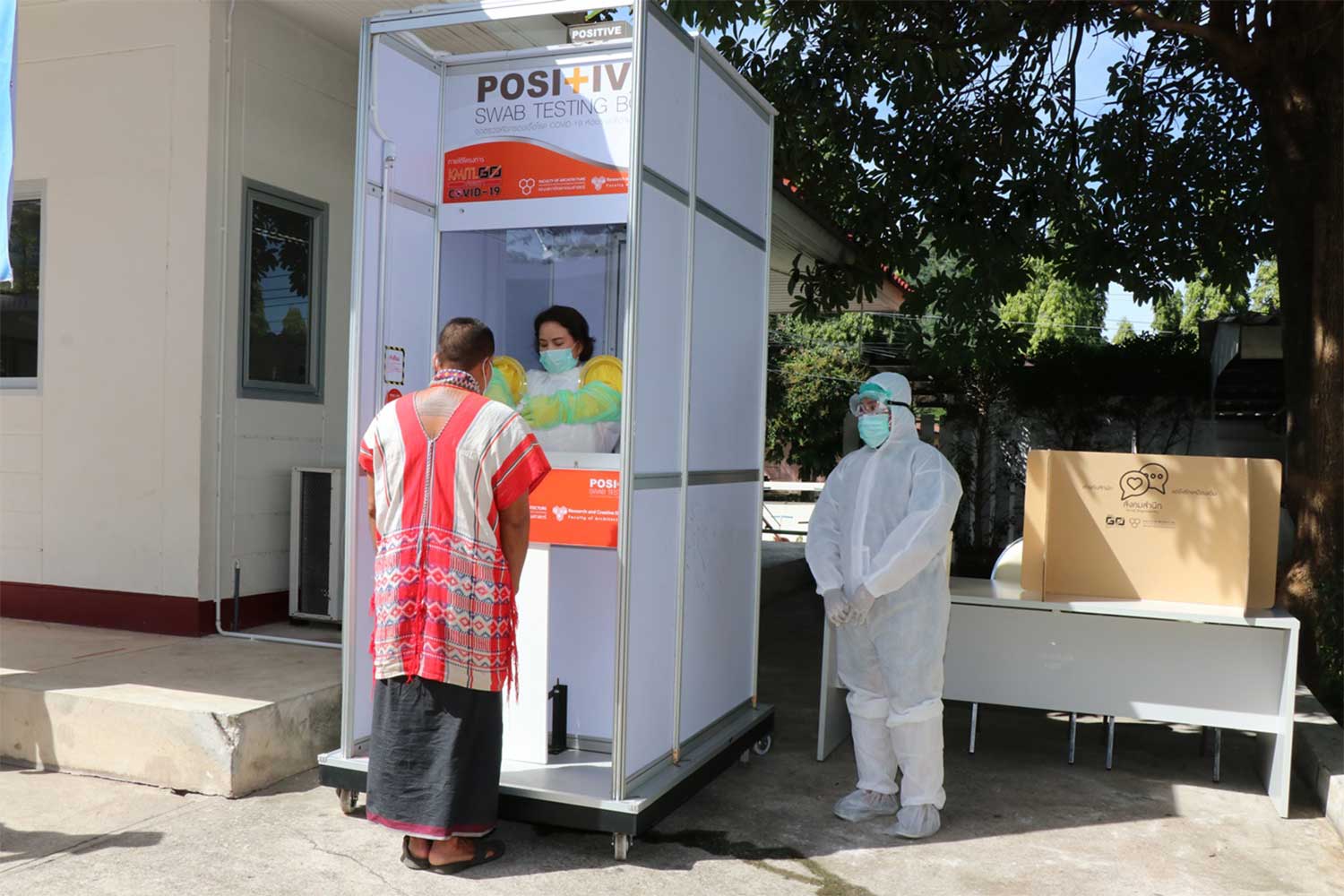