Police cordon off the house where five members of an army sergeant major's family were found shot dead at a housing estate in Thung Khru district, Bangkok, on Thursday morning. (Photo: Arnun Chonmahatrakool)

A former senior army NCO is believed to have shot dead his parents, wife and child before killing himself at their house in Thung Khru district of Bangkok on Thursday morning.

It later emerged the father's business had a cash-flow problem, and he was having trouble paying his workers' wages.

It was reported by a neighbour, who heard gunshots and screaming inside the house about 6am.

Police, medics and rescue workers called to the scene found the gate to the two-storey house locked from the inside.

After cutting it open and entering the premises they found two dead bodies on the first floor of the house, which also served as an office for Well Industrial Supply Co, which sells chemicals and car care products.

An elderly woman was found shot dead at the door to a room used for worshipping Buddha, and her husband, Prawit Khlaiphayak, was dead inside the room.

The couple were the parents of Sgt Maj Anuwat Khlaiphayak, who was found shot dead together with his wife Wiphang Chumpaijit and their 9-year-old son Pakhin Khlaiphayak in their bedroom on the second floor

A neighbour told police the five family members had lived together in the house for more than five years.

Around 6am he heard screaming and several gunshots. About 7am, he went to the house to check if everyone was all right, as nobody had emerged to send the boy off to school. He looked through the gate and saw the grandmother lying on the floor inside. He immediately called police.

Pol Capt Natthakit said it was believed Anuwat shot his family dead and then turned the gun on himself.

Investigators were looking into possible conflict over business, family or personal problems as possible motives. Relatives and other parties would be questioned, he said.

A .38 revolver was found in the right hand of the dead father, he said.

The bodies were sent to Siriraj Hospital for post-mortem examination.

Narong Tor-ngam, 40, told reporters his friend Anuwat had liquidity problems. He said he had known Anuwat for over 20 years. They were batch mates at the army's Non-Commissioned Officers School. Anuwat resigned from the military after his marriage to run an export business. He later shifted to building houses.

About a month ago, Anuwat had consulted him, saying his business had cash-flow problems and asked him to help find 200,000 baht to pay his workers' wages, he said.

Mr Narong had travelled from Nakhon Pathom to arrange documents to take charge of his friend's body, Thai media reported. 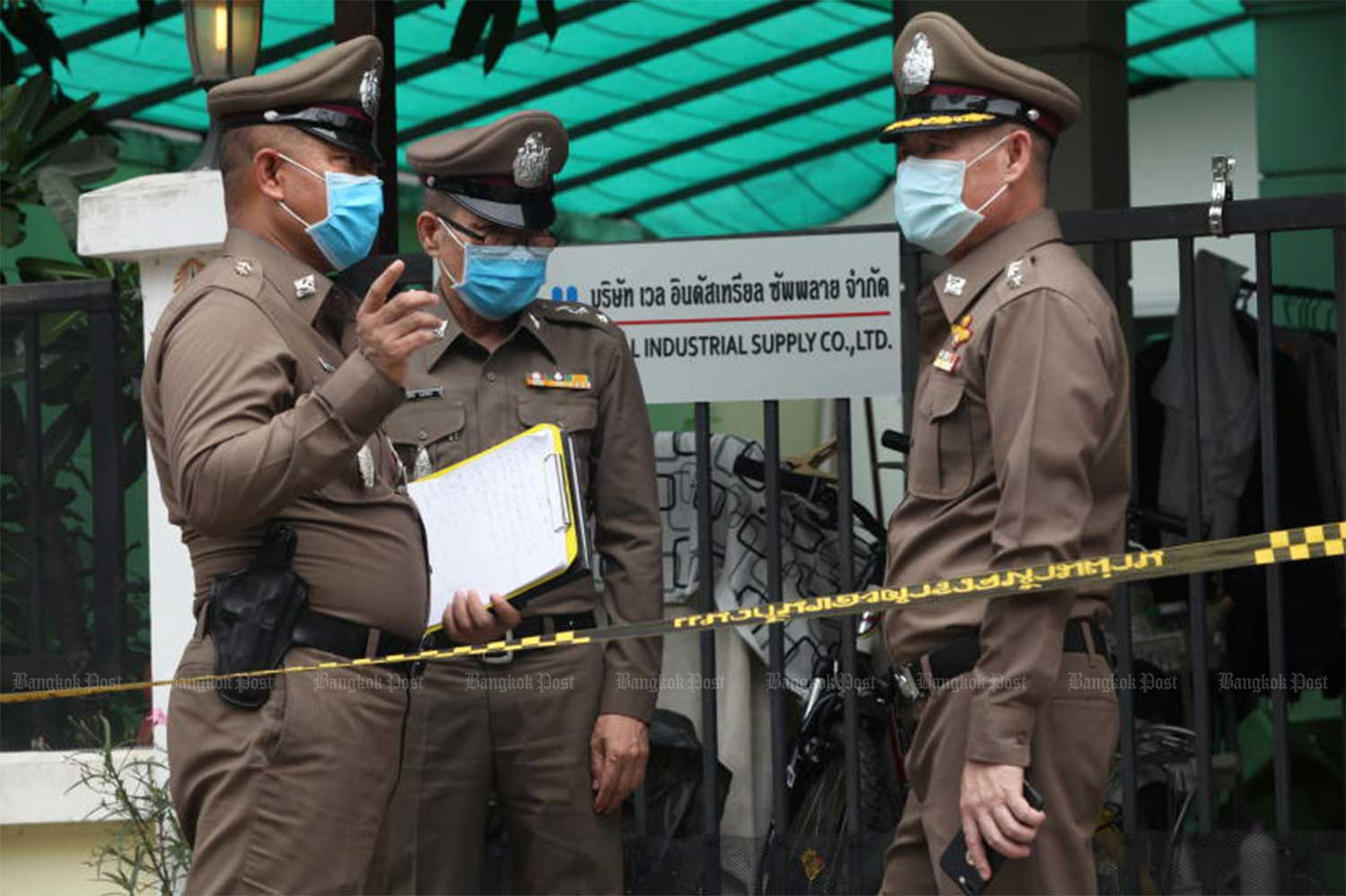 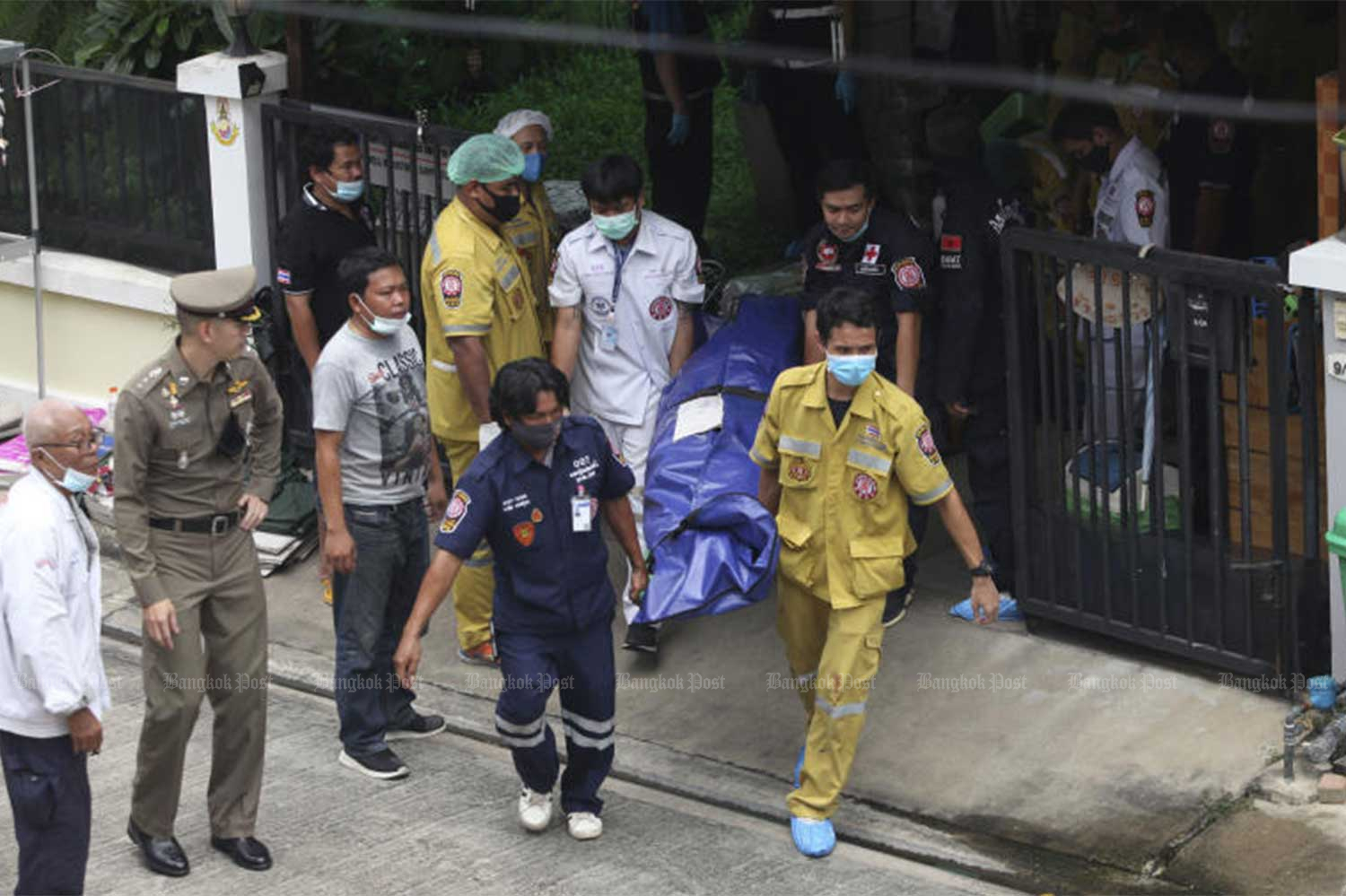 Rescue workers take the body of one of the victims from the house. (Photo: Arnun Chonmahatrakool)