PHETCHABUN: A male inmate donned a stolen warder's uniform and a face mask and walked out of Phetchabun prison unchallenged on Thursday morning.

His freedom was short-lived and he was recaptured in the afternoon, but the ease with which he escaped caused a stir.

Wutthichai Detchasithanawat, 35, of Phetchabun’s Muang district, who was jailed on theft charges, escaped from the prison around 9.54am.

He briefly heads off in the wrong direction before reversing and casually strolling out through the open front fence gate and disappearing along the busy road outside.

No alarm was raised, there was no one between him and freedom.

According to media reports, the escapee later went to his house, near a shopping mall in front of a military camp, and left there on a motorcycle.

Pol Maj Gen Atthasit Sudsa-nguan, chief of Phetchabun police, quickly took control of the investigation, and a hunt was launched for the missing prisoner.

Police initially believed he was heading to Lom Sak district, in the north of the province. He has relatives there.

However, he was caught on Thursday afternoon, hiding in a deserted house in a corn field in Muang district.

His motorcycle was also found and seized.

Police were interrogating him, wanting to know how he obtained a warder's uniform and made his way out of the prison so easily.

During the interrogation, the inmate said he faced six theft cases and would serve long time in jail. This drove him to plot a plan to escape from the prison. He insisted he acted alone. 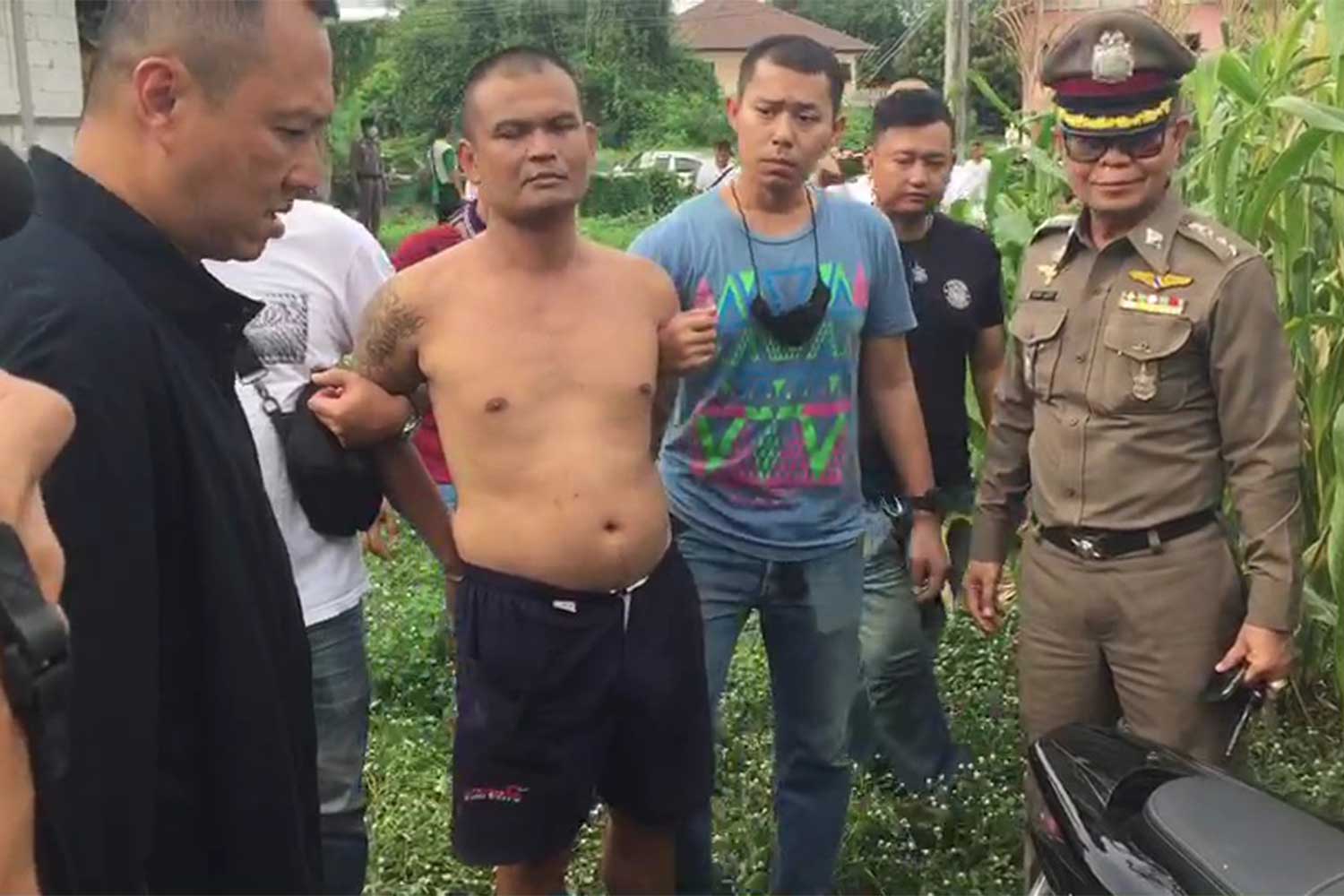