TAK: Two Chinese men were arrested after illegally crossing the Moei River from Myanmar to Thailand in Mae Sot district on Friday morning.

A team of police, soldiers and immigration offials were then sent to arrest them

Under questioning, the two men said they crossed the Moei River to tambon Mae Su in Mae Sot district from Myanmar. They then walked through corn fields before they were caught near the school.

The pair were taken to Mae Sot police station for legal action.

Security along the Thai-Myanmar border has been tightened to prevent illegal immigration and control the spread of the coronavirus. An outbreak of Covid-19 has been reported in Myawaddy, Myanmar, across the river from Mae Sot. 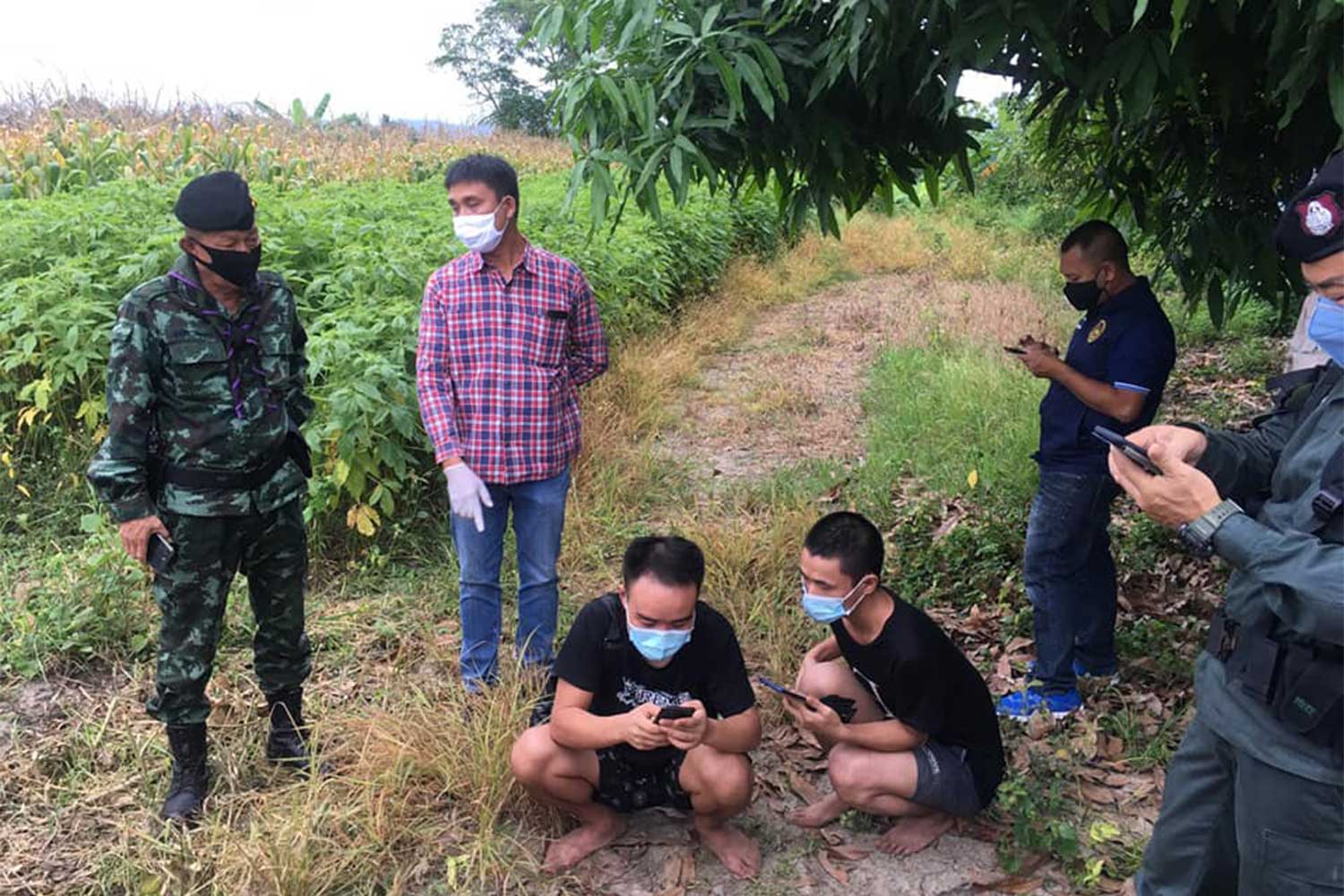