Crime Suppression Division police seize 353 gun parts and ammunition at a house in Nonthaburi and arrest the owner, an interior decorator, for selling firearms online, on Friday. (Photo supplied)

NONTHABURI: A 32-year-old man has been arrested in Pak Kret district on charges of selling firearms on Facebook.

The arrest came after CSD investigators obtained information that Mr Naphong, who earns his living as an interior decorator, had illegally sold gun parts brought from abroad on his Facebook page, Pol Col Boonlue Padungthin, superintendent of CSD’s sub-division 3, said.

Photos of gun parts were posted on his Facebook page. Buyers were asked to pay money into a nominated bank account before the products were posted to them.

He began selling them after posting images of his collection on Facebook. Many people showed an interest in them so he decided to open a Facebook page and sell them, and  supplement his income.

Police charged him with illegal possession of firearms and ammunition and illegal sale of firearms. 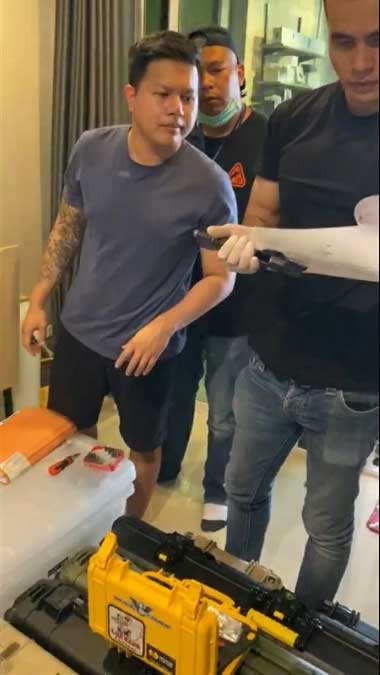