The Ministry of Digital Economy and Society yesterday asked technology crime suppression police to prosecute major social media providers for failing to remove all illegal posts they were warned about. 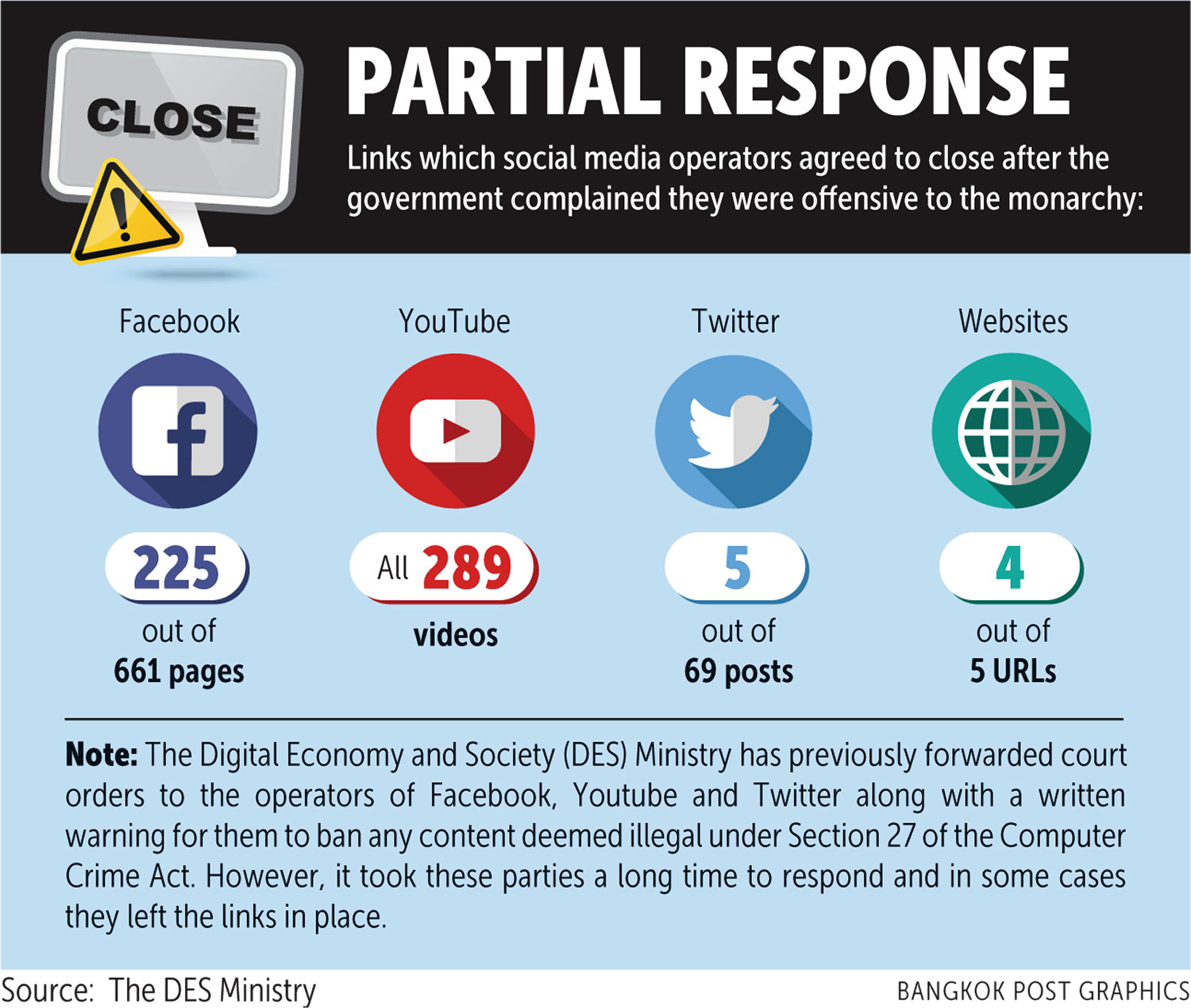 He said his ministry had sent warning letters to Facebook, YouTube and Twitter telling them to block illegal information within 15 days, but they did not fully cooperate. He said the warnings attached with court orders targeted 661 links on Facebook, and 225 of the links were removed.

The ministry did the same for 69 links on Twitter and five of them were removed. Meanwhile, 289 links on YouTube were blocked on Wednesday.

"It is the first time in Thailand that Section 27 of the Computer Crime Act is being exercised to prosecute the service providers. Charges will go to the parent company of all organisations.

The police will use Thai laws because the offences happened in Thailand. I believe the police can do it," Mr Buddhipongse said.

The minister also asked the police division to prosecute social media users who disseminated messages that offended the royal institution during the anti-government protest on Sept 19 and 20.

Two were Facebook users, including an administrator of a page, and three others were Twitter users who led demonstrations by students, the minister said. The complaint was received by Pol Col Siriwat Deepor, deputy commander of the Technology Crime Suppression Division.

He said social media operators who breach the Computer Crime Act were liable to a fine of 200,000 baht per illegal post, plus a daily fine of 5,000 baht until they were removed.

A source, who asked not to be named, said that among the media users named by the DES is Thammasat University student activist Parit Chiwarak.

On Aug 10, Mr Buddhipongse warned the ministry would take legal action against Facebook for failure to remove illegal posts.

He said that in April, the DES Ministry received complaints about 1,365 URLs and sent letters and emails asking Facebook to remove them -- though Facebook took down only 236 links and has not yet removed the other 1,129 pages despite court orders.