An aspiring volunteer ranger does sit-ups as part of a physical fitness test at the Ingkhayuthaborihan military camp in Nong Chik district of Pattaya on Friday. (Photo: Abdullah Benjakat)

A total of 1,077 applicants on Friday underwent a physical fitness test at the Ingkhayuthaborihan military camp in Nong Chik district of Pattaya.

Authorities will shortlist 135 applicants after the fitness tests. They will undergo a second test on Tuesday, after which 15 will be recruited and 45 others will be put on the waiting list.

The recruitment would be carried out in a fair and transparent manner, he said as he visited the military camp to give moral support to all applicants.

Col Khomkrit Rattanachaya, commander of the 43rd ranger task force, said a total of 1,261 women from across the country had applied from Sept 12 to Sept 21, and 1,077 took the fitness tests on Friday.

Aside from physical fitness and ability, those who had completed studies in law would be given special consideration, he added. An instructor monitors an applicant during the fitness test. (Photo: Abdullah Benjakat)

Russamena Den-udom, of Kapho district in Pattani, said she applied for a position as soon as she heard there were openings, and trained hard ahead of Friday’s tests.

She said she hoped to be recruited as it would give her an opportunity to help local residents, adding that she did not believe the work would be dangerous.

She said her family did not know that she had applied, but said she would tell them after she passed all the tests. She believed her mother would not oppose her choice because the job had dignity.

Amphaporn Rodnud, from Surin in the Northeast, said she had made the 1,400-kilometre trip to Pattani twice. The first time was to apply for a position in person. She became friends with an applicant from Pattani, who picked her up when she made the second trip south this week ahead of the fitness tests.

Ms Amphaporn said she would do her best to pass the test, adding she would feel proud if she could become one of the 15 volunteers chosen.

She admitted that while growing up, she never wanted to visit the three southern border provinces because she was worried about the unrest in the region. But she later changed her mind and thought that if she had a chance, she would like to travel there to help local residents.

Ranger volunteer Samsunee Waesahor said the position involves a lot of different duties, from meeting with local residents and taking part in community activities, to manning road checkpoints and conducting body searches of women when needed.

Female ranger volunteers could also full other roles such as teachers, nurses and cooks depending on what communities wanted, she added. 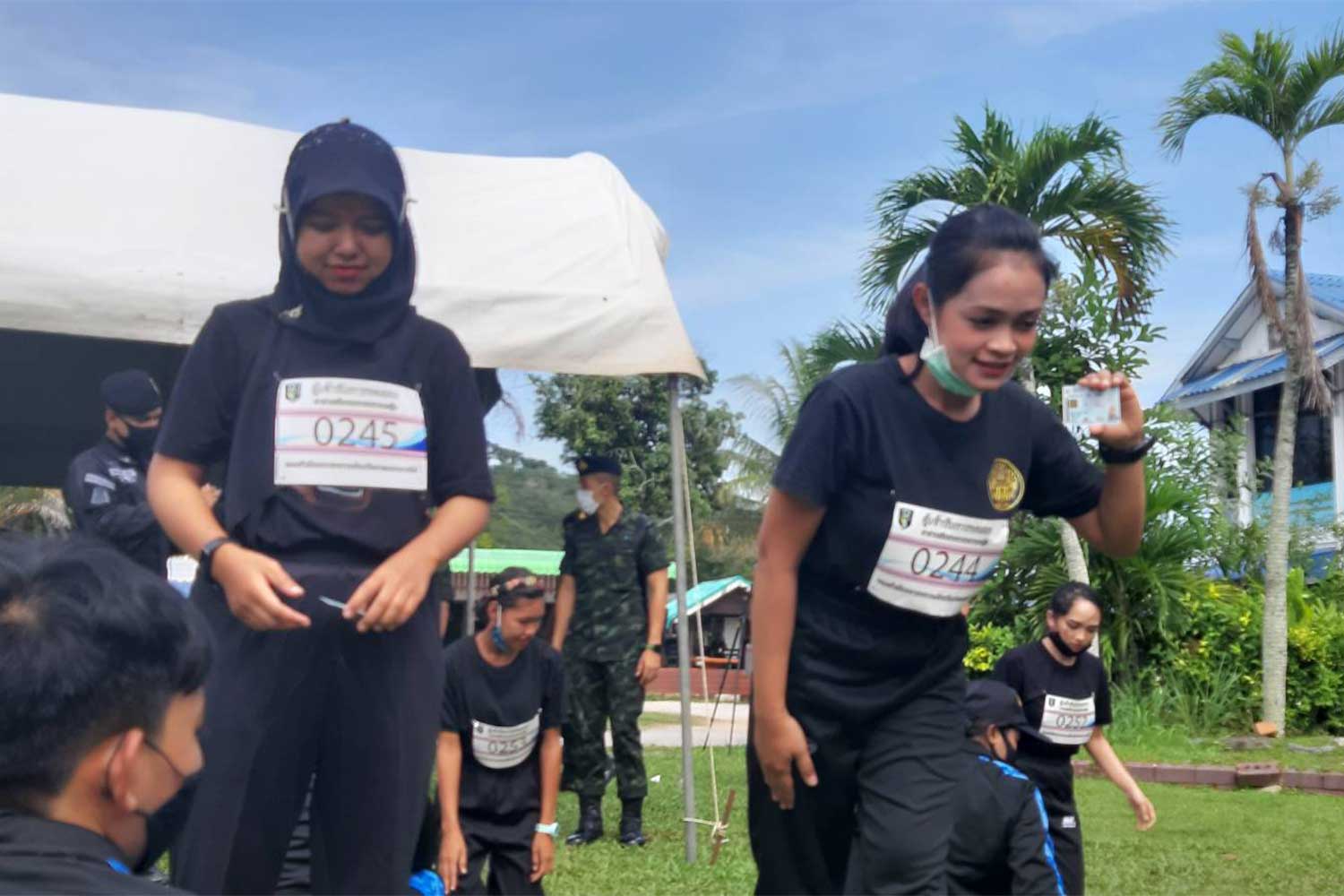 After testing, the list of 1,000 applicants for volunteer ranger positions will be narrowed to a shortlist of 135. (Photo: Abdullah Benjakat)