Rescue workers try to retrieve injured and dead victims from a double-decker tour bus that overturned after ramming into a trailer truck in Muang district of Nakhon Ratchasima early Saturday. (Photo: Prasit Tangprasert)

NAKHON RATCHASIMA: Seven people were killed and 40 others injured when a double-decker bus carrying health volunteers on a study trip to Pattaya rammed into a trailer lorry loaded with cassava roots at an intersection in Muang district early on Saturday.

The fatal crash happened at the Chai Mongkhol bypass on the Ratchasima-Pak Thong Chai route in Muang district, said Pol Lt Anucha Khammuang, a duty officer at the Pho Klang police station, who was alerted at 3.48am.

The tourist bus with Kalasin licence plates was carrying 47 health volunteers from Ban Nam Sai village in Chaturaphak Phiman district of Roi Et on a study trip to Pattaya. Police and rescue workers who arrived at the scene found the bus overturned, with many passengers injured and screaming for help as they were trapped in the wreckage.

Rescue workers rushed to retrieve all the people from the wreckage. Seven people were found dead and 40 injured. The injured were sent to nearby hospitals.

About 50 metres away, a 22-wheel trailer with Lop Buri licence plates lay overturned with cassava roots scattered over the road. 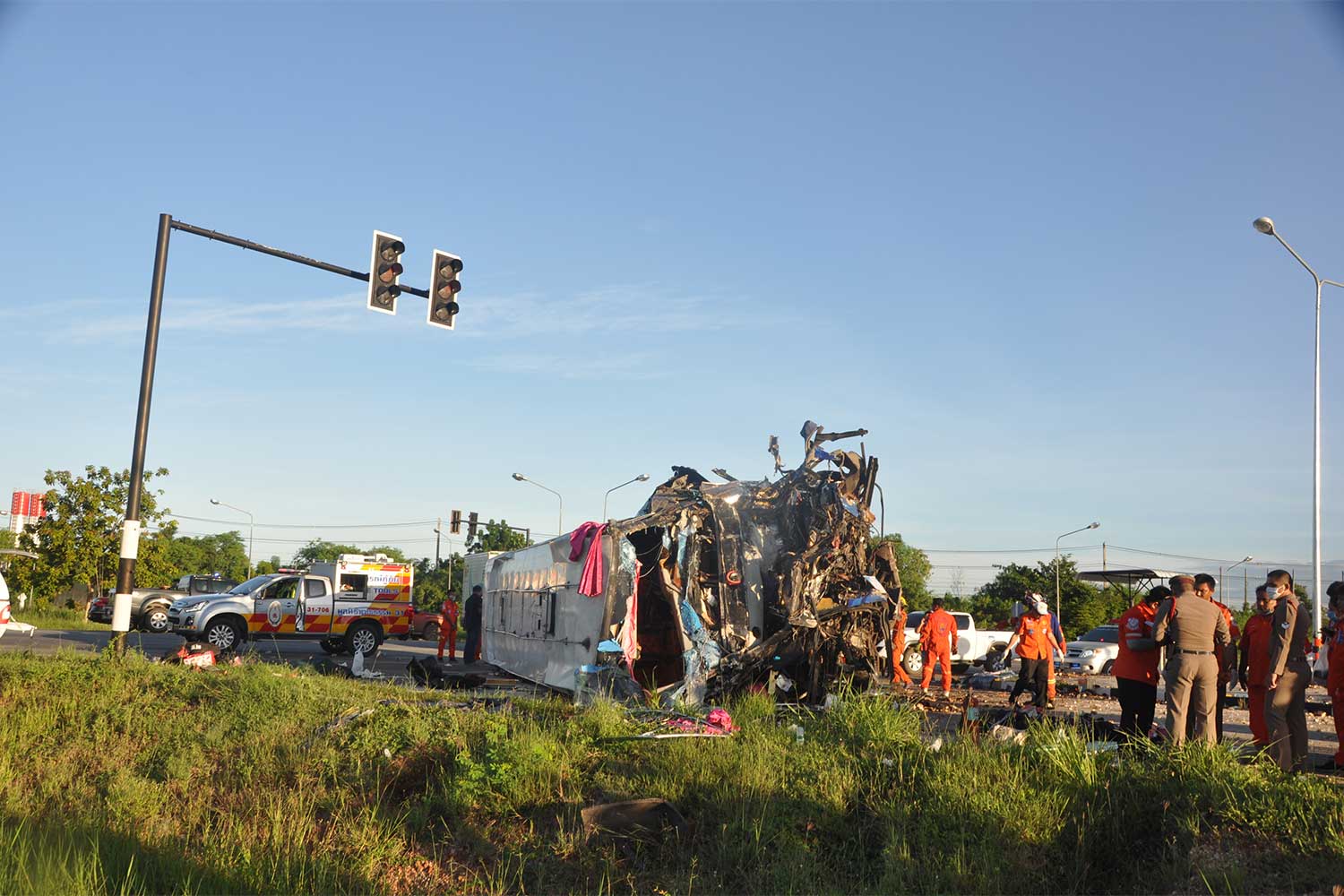 Police and rescue workers examine the overturned double-decker bus after it rammed into a trailer truck in Nakhon Ratchasima. (Photo: Prasit Tangprasert)

Police investigators said the bus was one of three tour coaches taking health volunteers from Ban Nam Sai to Pattaya.

One survivor on the bus told police that it was travelling at such a high speed that the passengers could not sleep. Before the crash, the driver briefly dozed off at the wheel and some passengers urged him to stop for a rest.

The driver said he could not do so because he had arranged to meet the drivers of the two other buses near the Hinson hill, said the survivor, according to the passenger.

As it sped toward the intersection, the bus rammed into the trailer truck. The driver lost control and the bus overturned.

Pol Lt Anucha said investigators were checking the identities of those killed. The officers believed the bus driver might be among the dead. 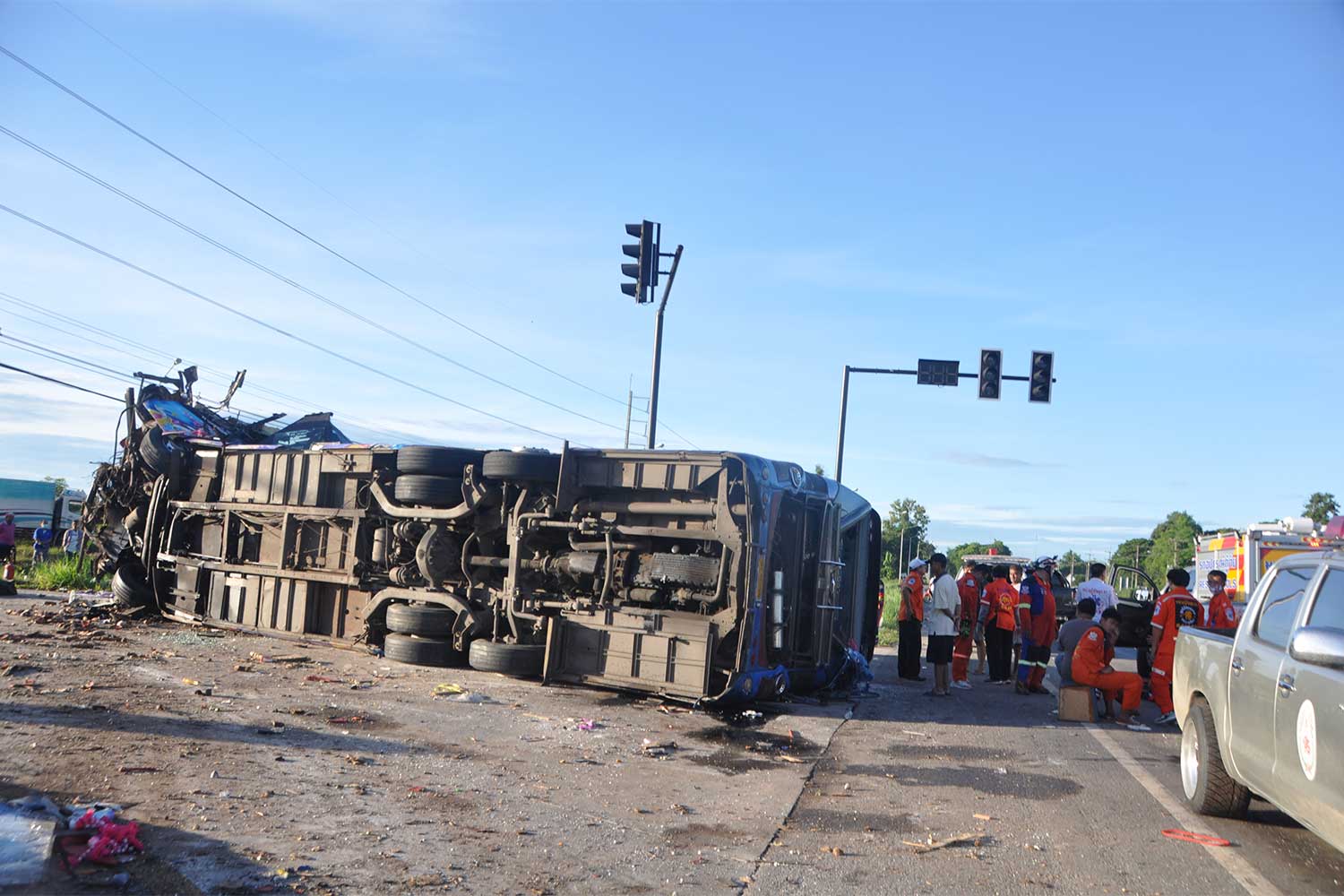 The overturned lorry lies on the side of the road following the crash. (Photo by Prasit Tangprasert)