The Three Pagodas checkpoint in Sangkhla Buri district of Kanchanaburi province has been closed until Oct 5 to prevent a coronavirus spread from Myanmar. (Photo by Piyarat Chongcharoen)

The government reported a single new Covid-19 case on Sunday, a Thai student who tested positive for the novel coronavirus three days after he returned from the United States.

The Centre for Covid-19 Situation Administration (CCSA) said on Sunday the 24-year-old student was found to be infected on Friday and is being treated at Bang Lamung Hospital in Bang Lamung district of Chon Buri.

He arrived in the kingdom on Tuesday and showed no symptoms while quarantined at a state facility in the province.

The new case took the accumulated tally to 3,523, with the number of fatalities still 59 after no new deaths were reported.

All eyes will be on a CCSA meeting on Monday when Prime Minister Prayut Chan-o-cha is expected to approve a special tourist visa to attract long-term visitors to bolster the sagging tourism sector.

While the government was hoping to see tourists return to the country, authorities in Kanchanaburi remained worried about the virus entering the border province from Myanmar, now one of the hardest hit in Southeast Asia.

Deputy provincial governor Thossaphol Chaikomin on Sunday urged residents in the province to keep their guard up to prevent the virus slipping in from the west.

The province has closed the Three Pagodas border checkpoint, a main landlink to Myanmar, until Oct 5 due to concern over the situation in Thailand's western neighbour. 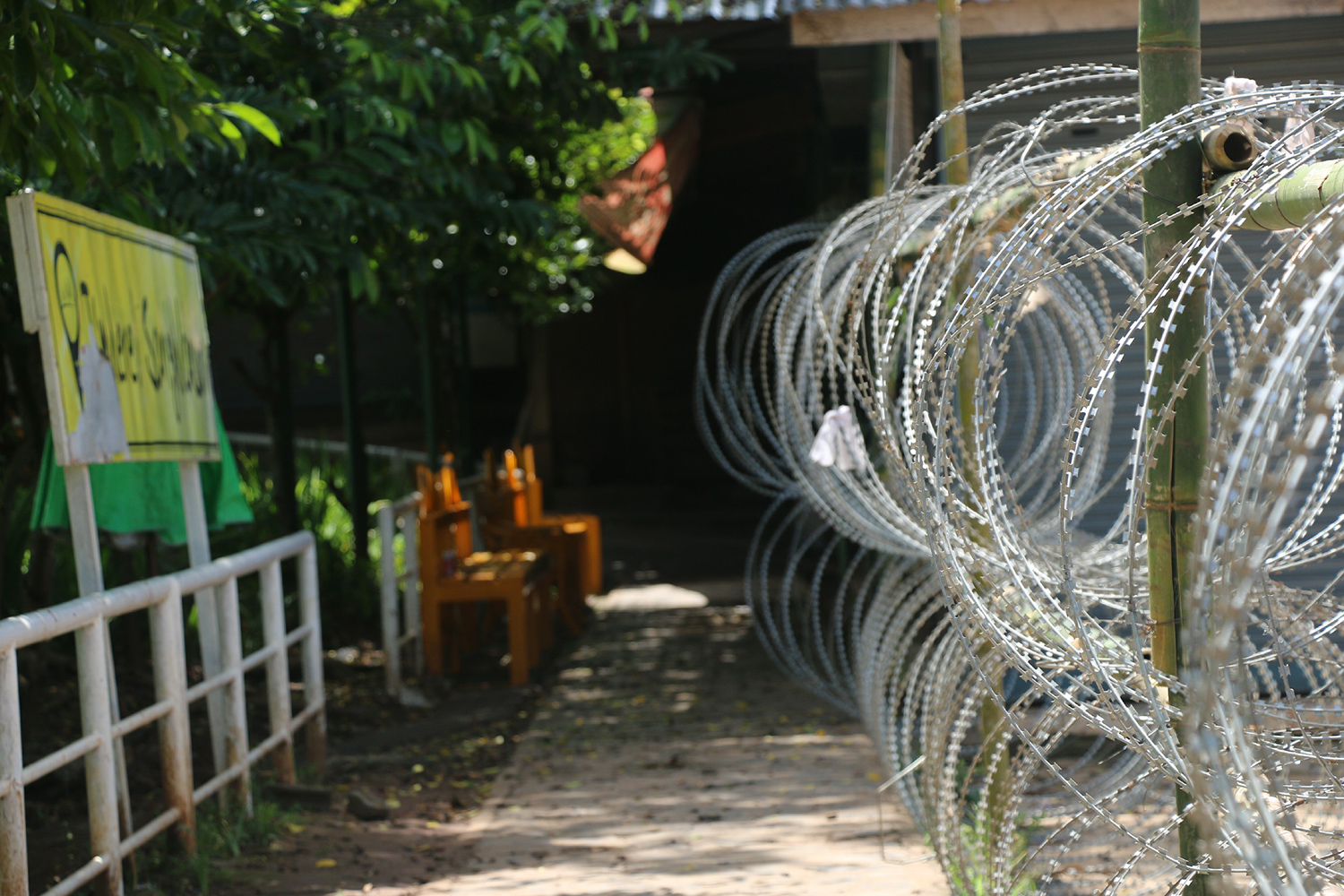 Barbed wire has been erected at the Three Pagodas pass to prevent illegal crossing from Myanmar. (Photo by Piyarat Chongcharoen)

Last month there were fewer than 400 total confirmed cases nationwide and just six deaths from the disease.

But rising case numbers in the country's west quickly spread elsewhere and infection numbers have doubled every week.

"We estimate there could be 10,000 more suspected cases out there," said Ye Nyi Nyi Htut, a doctor in a city clinic.

Medical staff around Yangon were "exhausted", he added.

Residents have been told to stay at home unless working in certain key industries or shopping for food or medical supplies.

Domestic travel out of the city is forbidden and a ban on international commercial flights has been extended until the end of October.