Hunters pose with the dead crocodile escapee, which was shot after fleeing from a farm into a swamp in Kham Sakae Saeng district, Nakhon Ratchasima. (Photo: Supplied/Prasit Tangprasert)

Hunters found the 1.5 metre crocodile dead under the water, about 10 metres from where it was shot on Wednesday. It had been shot in the head and sank, and apparently died overnight.

The reptile dashed to freedom while farm employees were moving some of the reptiles to another pond.

Photos of it were widely shared online, and residents worried about being attacked. Police asked the Hook 31 rescue unit to help them catch it.  (continues below) 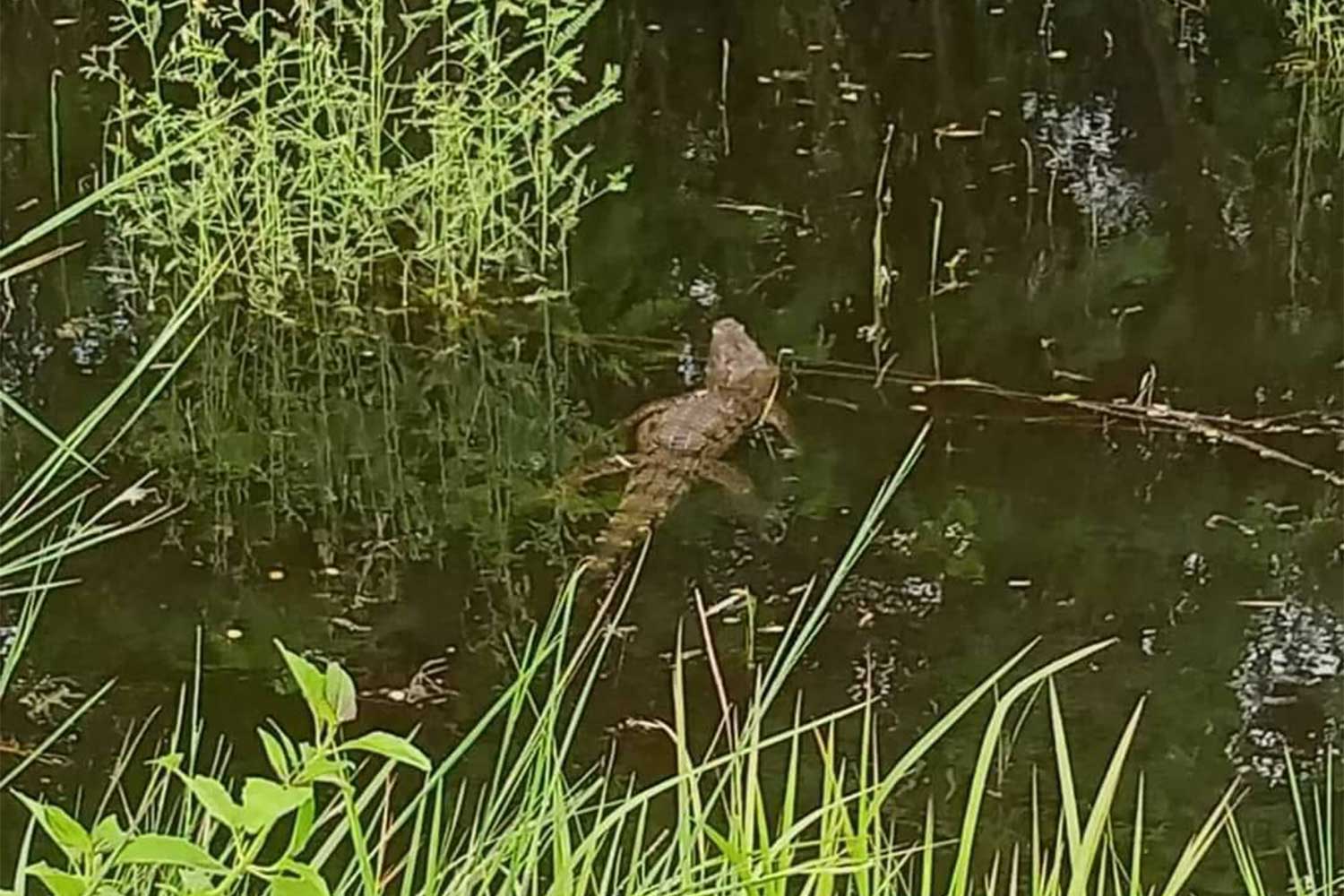 Hunters spotted the reptile on Wednesday in the middle of the swamp, eating a bait that had been laid out for it. One person fired a shot at the croc, and it rolled over and submerged.

It was feared the reptile was only wounded and could become aggressive. They searched for it into the night without success, and the hunt resumed on Thursday morning.

Searchers said the dead reptile woud be returned to the crocodile farm owner.

Local officials inspected the ponds and fences at the crocodile farm on Thursday. 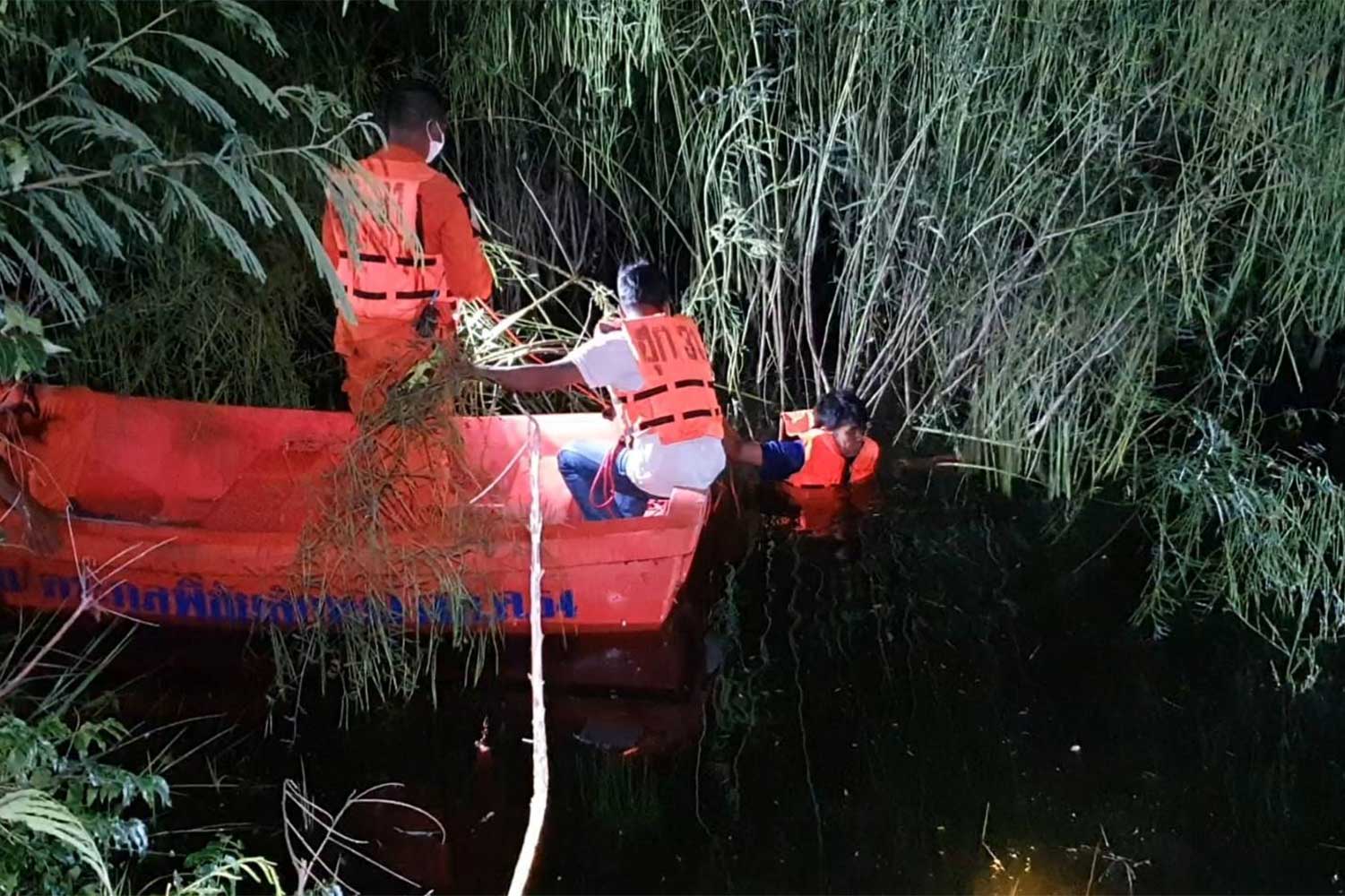