The first engine for use on the Yellow Line monorail system is handed over at Laem Chabang Port in Chon Buri on Thursday. (Photo: Apichart Jinakul)

The trains are for the Pink and Yellow lines.

Bombardier Transportation Holding (Thailand) is contracted to gradually supply 42 monorail carriages and their engines for the Pink Line and 30 for the Yellow Line, with delivery to be completed next year.

After all systems are installed and tests completed, the two lines are to begin service in 2022.

In the first phase four trains will run on each line, providing for a total of 17,000 passengers per hour in each direction.

In the next phase, seven trains will operate on each line, with capacity for 28,000 passengers per hour in each direction. 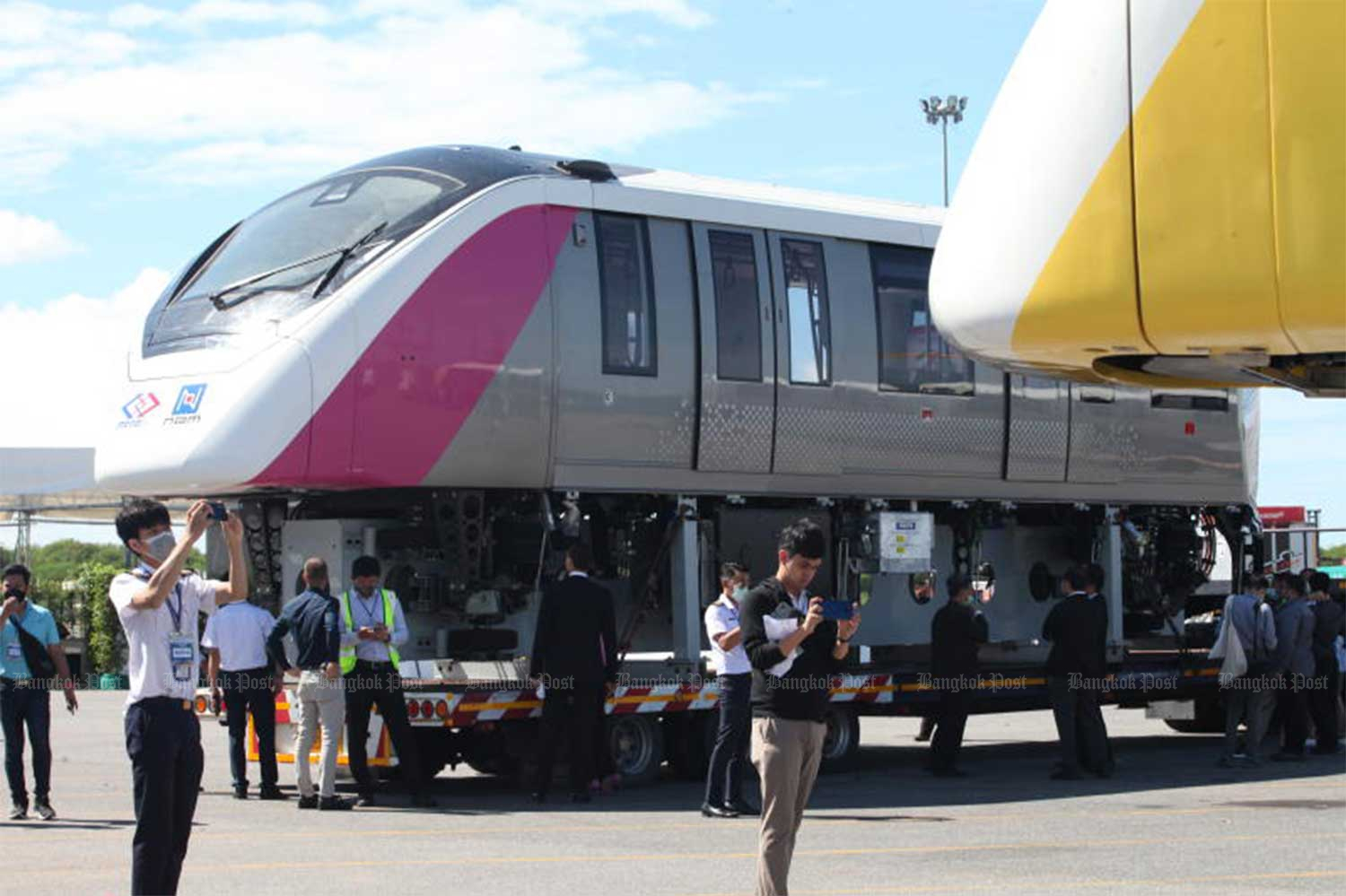 The first engine for the Pink Line. (Photo: Apichart Jinakul)