ZPOT director-general Suriya Saengpong (left), seen here on an inspection tour of Ubon Ratchathani zoo earlier in the week, was gunned down in Songkhla on Saturday morning. (Photo from ZPOT Facebook page)

SONGKHLA: The head of the Zoological Park Organization of Thailand (ZPOT) was shot dead on Saturday morning during a meeting called to investigate the unsolved disappearance of a rare albino barking deer.

The gunman, a senior veterinarian at the Songkhla Zoo, later shot himself to death in his living quarters inside the zoo compound in the southern province.

The tragedy adds a new twist to a months-old mystery that was back in the headlines on Thursday after Varawut Silpa-archa, the natural resources and environment minister, said he didn’t believe zoo officials’ claim that a python had eaten the rare animal in February.

Mr Varawut ordered a new investigation and Suriya Saengpong, the ZPOT director-general, travelled from Bangkok to Songkhla to get the process started on Saturday morning.

“I was told that Mr Suriya went to the Songkhla Zoo to meet its director at the latter’s office,” said Thanetphol Thanabunyawat, secretary to the minister. “He then called a meeting with zoo officials but I don’t know the details of the talks.

“During the meeting, one veterinarian based at Songkhla Zoo suddenly pulled out a gun and fired shots at Mr Suriya in the face and body. He died instantly. The vet fled.”

According to police investigators, Suriya had asked to speak with zoo director Chalermvudh Kasetsomboon and Phuwadol Suwanna, head of animal health research and conservation at the zoo, in Mr Chalermvudh’s office. Phuwadol later asked his boss to leave the room as he wanted to speak with Suriya privately. Shortly afterward, gunshots were heard.

Police and forensic officers who arrived at the scene found Suriya, 58, lying dead in a pool of blood with 14 gunshot wounds to his head and body. Nineteen spent 9mm cartridges were scattered around the room.

Police said they believed Phuwadol was upset by his abrupt transfer. The ZPOT chief had signed the transfer order on Friday evening in order to clear the way for the investigation into the deer’s disappearance.

The body of Phuwadol, 50, was found dead in the bedroom on the second floor of his living quarters inside the zoo compound. He had a bullet wound to his head, Thai media reported.

Mr Thanetphol said he had been been keeping Mr Varawut and Prime Minister Prayut Chan-o-cha updated on the incident, which he described as “violent and brutal”.

It was reported that Suriya had also ordered the transfers of other zoo officials pending the outcome of his investigation. Authorities are examining whether the rare animal was stolen, either to be sold on the black market or for other reasons related to superstition.

Chaowalit Chukachorn, chairman of the ZPOT board, acknowledged concerns about the possibility of state-run zoos being used to aid the illegal activities of wildlife traffickers.

The male albino barking dear, named Snow, was born in December last year at the zoo. Its pedigree traces back to a deer that a villager presented to Her Majesty Queen Sirikit The Queen Mother more than a decade ago.

Her Majesty later gave the deer to Dusit Zoo. Its offspring were subsequently given to other zoos, including Songkhla Zoo. 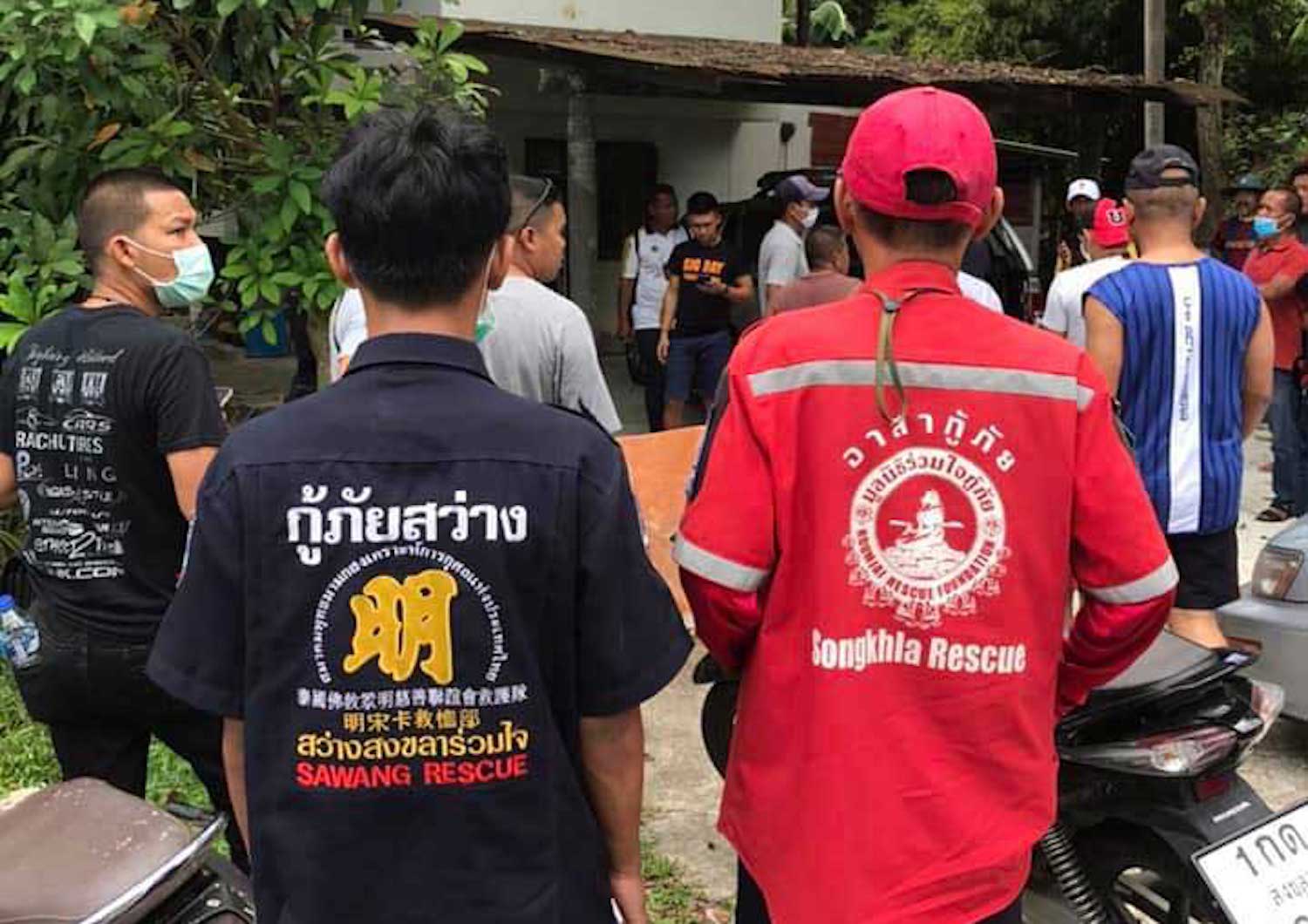