At least 80 households in four villages were inundated  in tambon Khanong Phra, with the average flood level over 50cm and the water still rising rising, when provincial governor Wichian Chantaranothai led officials to inspect the flood-hit areas on Friday.

The governor ordered that flat-bottomed boats be supplied to help residents move their belongings to higher areas. Flood relief packages, including drinking water, were distributed.

Local officials were instructed to prepare a shelter in case it became necessary to evacuate people from their homes, and to be on full alert for further flooding during the evening and night. (continues below) 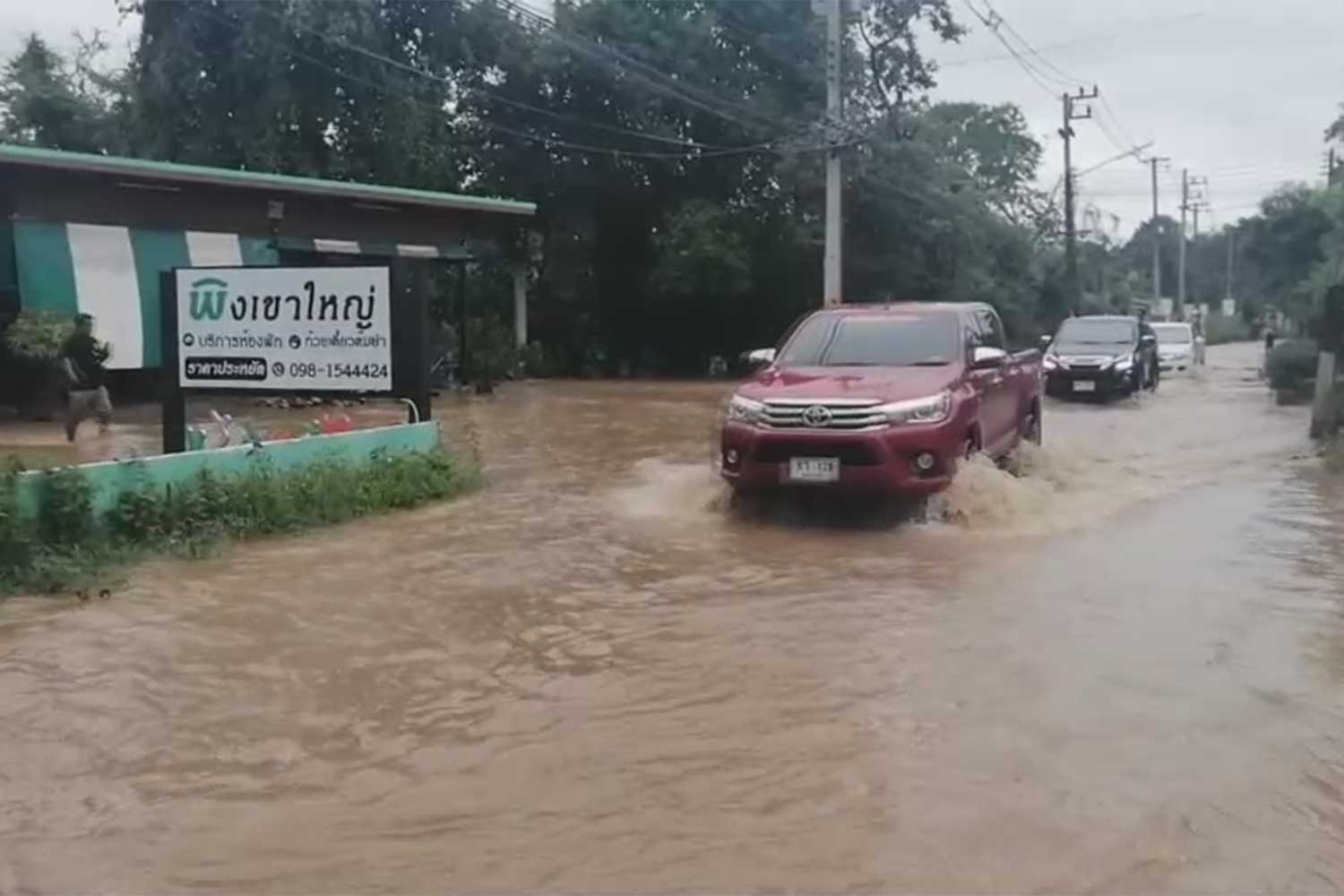 The Khao Yai National Park chief on Friday ordered the temporarily closure of the park on  Saturday and Sunday due to continuous heavy rain and landslides. Roads into the  park in Pak Chong district and in Prachin Buri province were closed.

Heavy rain brought down trees and power poles on several roads in the park. Work  gangs were clearing them on Friday. 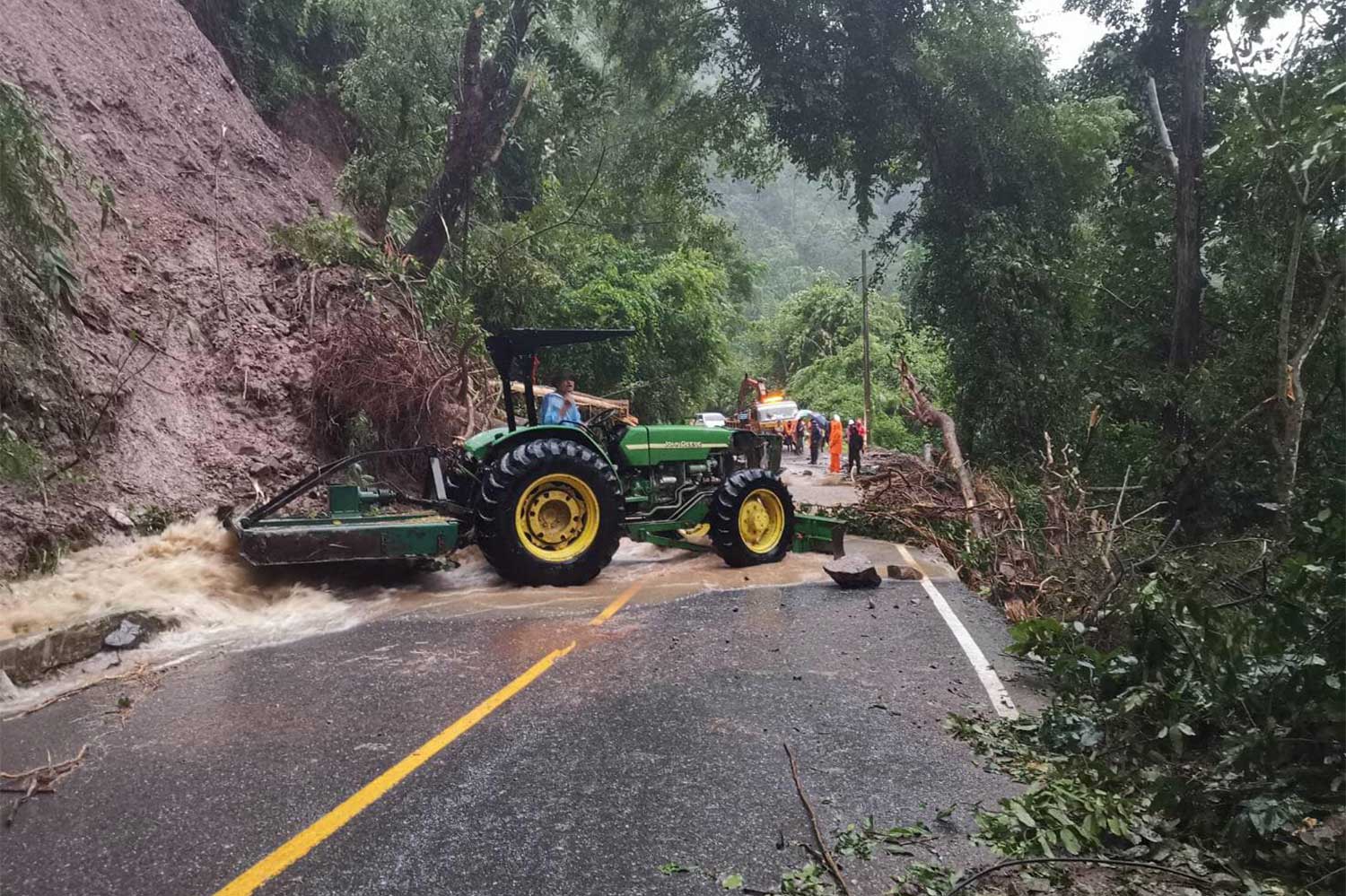