Days of heavy rain and runoff have caused flooding in many areas of Pak Chong district in Nakhon Ratchasima. (Photo: Prasit Tangprasert)

NAKHON RATCHASIMA: Massive runoff from Khao Yai National Park has flowed into Lam Takhong, causing a major canal to overflow and flood many areas in Pak Chong district in the worst flooding in 15 years.

Heavy rain since Wednesday has triggered runoff from the national park to flood roads, government offices, houses and farmland in seven tambons in Pak Chong district.

Worse still, runoff entered the Lam Takhong canal on Friday night, causing it to burst its banks. The overflow sent a huge torrent through downtown Pak Chong, where water levels were 50cm to one metre.

Khao Yai National Park has been closed for the weekend because of the risk of more flooding and mudslides.

More than 200 households in tambons Nong Nam Daeng, Khanong Phra and Mu Si were affected by the inundation. It was the worst flooding in the district in 15 years, Thai media reported.

Nakhon Ratchasima governor Wichian Chantaranothai met on Saturday with officials of various agencies at the Pak Chong district office to map out measures to cope with the situation. 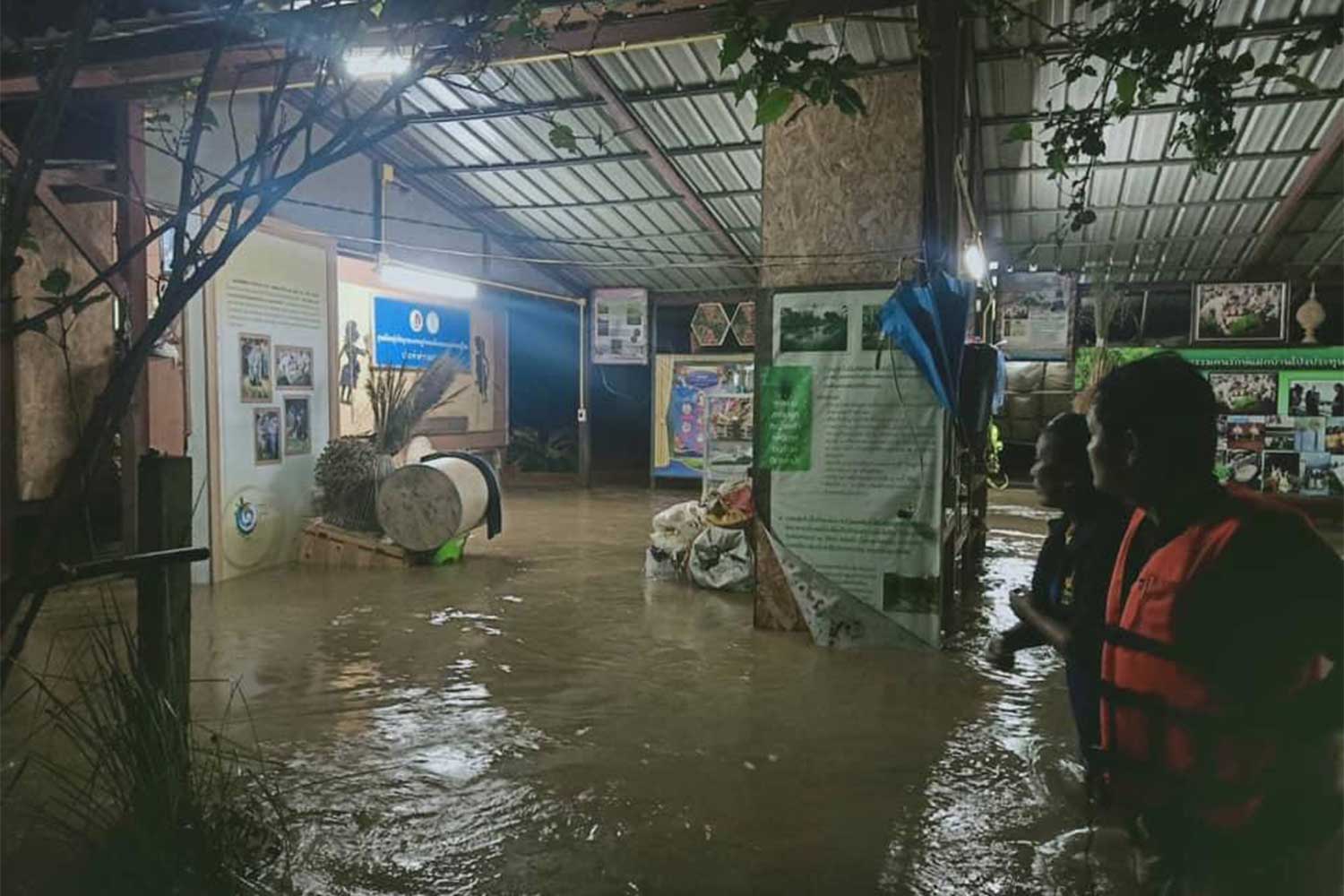 A man carries a piglet to higher ground from a flooded farm. (Photo: Prasit Tangprasert)