Officers from the Natural Resources and Environmental Crime Suppression Division inspect cages at a house in Rueso district of Narathiwat, where they said the owner was selling rare birds on Facebook. (Photo: Waedao Harai)

NARATHIWAT: A woman who admitted selling protected wildlife online for two years has been arrested and 61 wild birds and other protected animals seized from her house in Rueso district.

Officers from the Natural Resources and Environmental Crime Suppression Division searched the house in tambon Riang on Friday after receiving information that owner Nuseela Kama, 26, was suspected of selling wildlife on her Facebook page.

They found 61 protected wild animals, mostly birds of rare species and one pig-tailed macaque, in cages in the compound. Ms Nuseela was taken for interrogation at the Rueso police station.

Police said the woman admitted she had purchased the birds and other animals from local residents and then offered them for sale on her Facebook page.

As many people showed interest and the wildlife trade yielded handsome profits, she said she decided to make a living by selling them.

Police charged her with violating Section 17 of the Wildlife Protection Act, which prohibits anyone from possessing protected wildlife without permission. 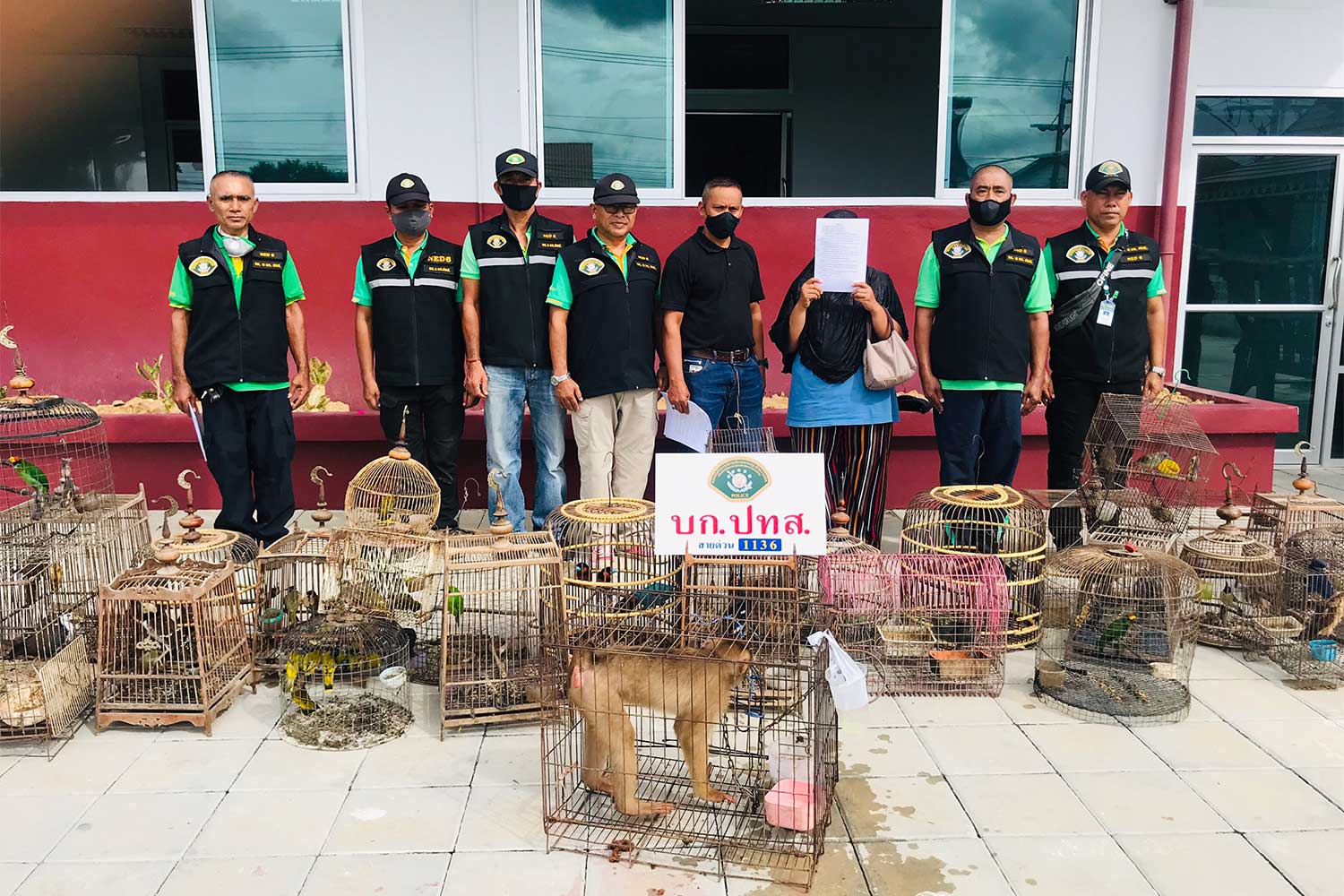