Yellow-clad people line up on Tuesday to pay homage before the statues of the nine late kings at Prasat Phra Thep Bidon (Royal Pantheon) inside Wat Phra Kaeo in Bangkok in commemoration of the passing of His Majesty King Bhumibol Adulyadej The Great. (Photo by Nutthawat Wicheanbut)

Yellow-clad crowds flocked to pay their respects to the statue of His Majesty King Bhumibol Adulyadej The Great at the Grand Palace on the fourth anniversary of his passing on Tuesday. Yellow-clad Thais give alms to monks on Wang Lang Road near Siriraj Hospital on Tuesday to mark the passing of King Rama IX.  (Photo by Arnun Chonmahatrakool) 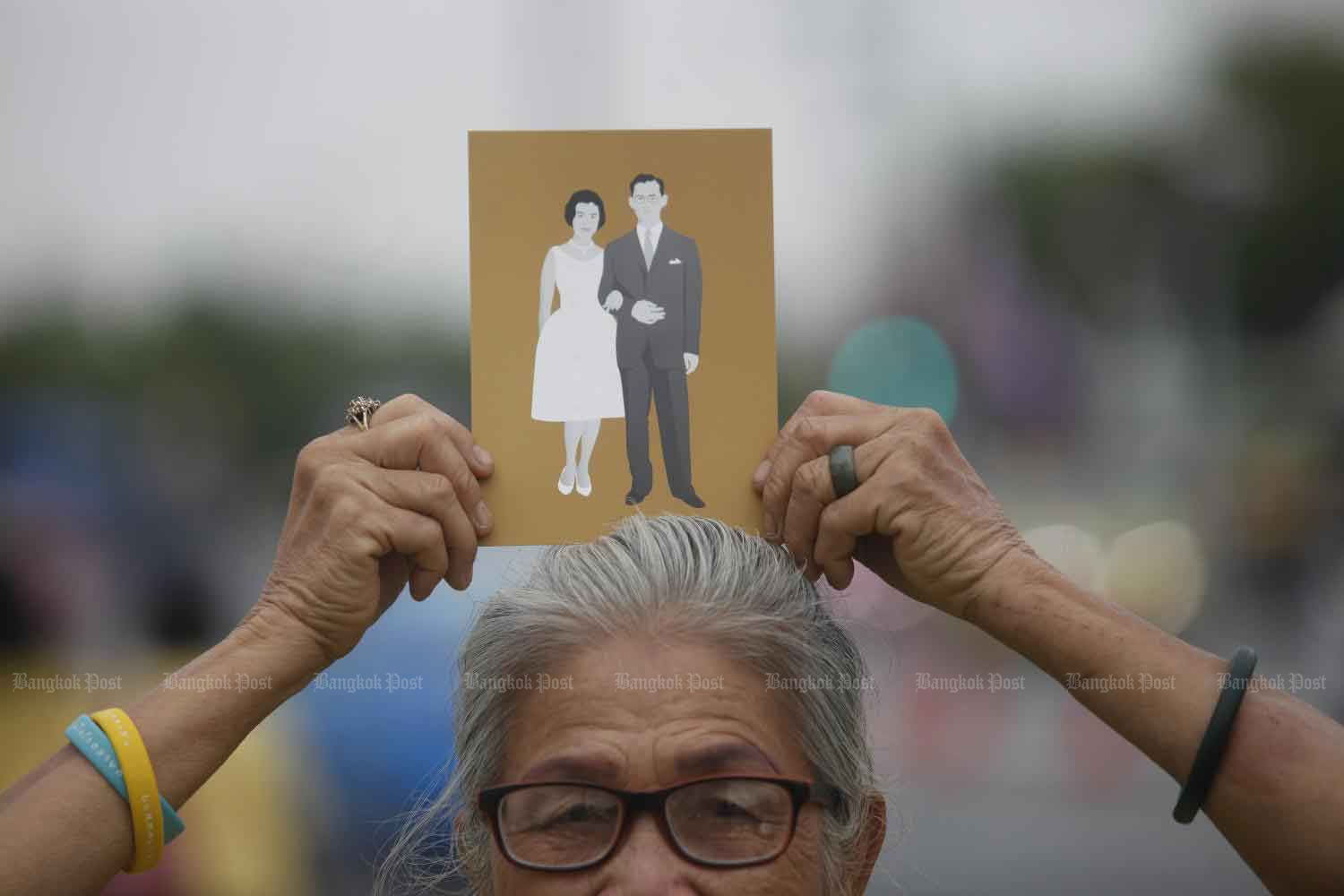 A woman holds up a portrait drawing of His Majesty King Bhumibol Adulyadej The Great and Her Majesty Queen Sirikit The Queen Mother above her head at the Grand Palace on Tuesday.  (Photo by Nutthawat Wicheanbut) 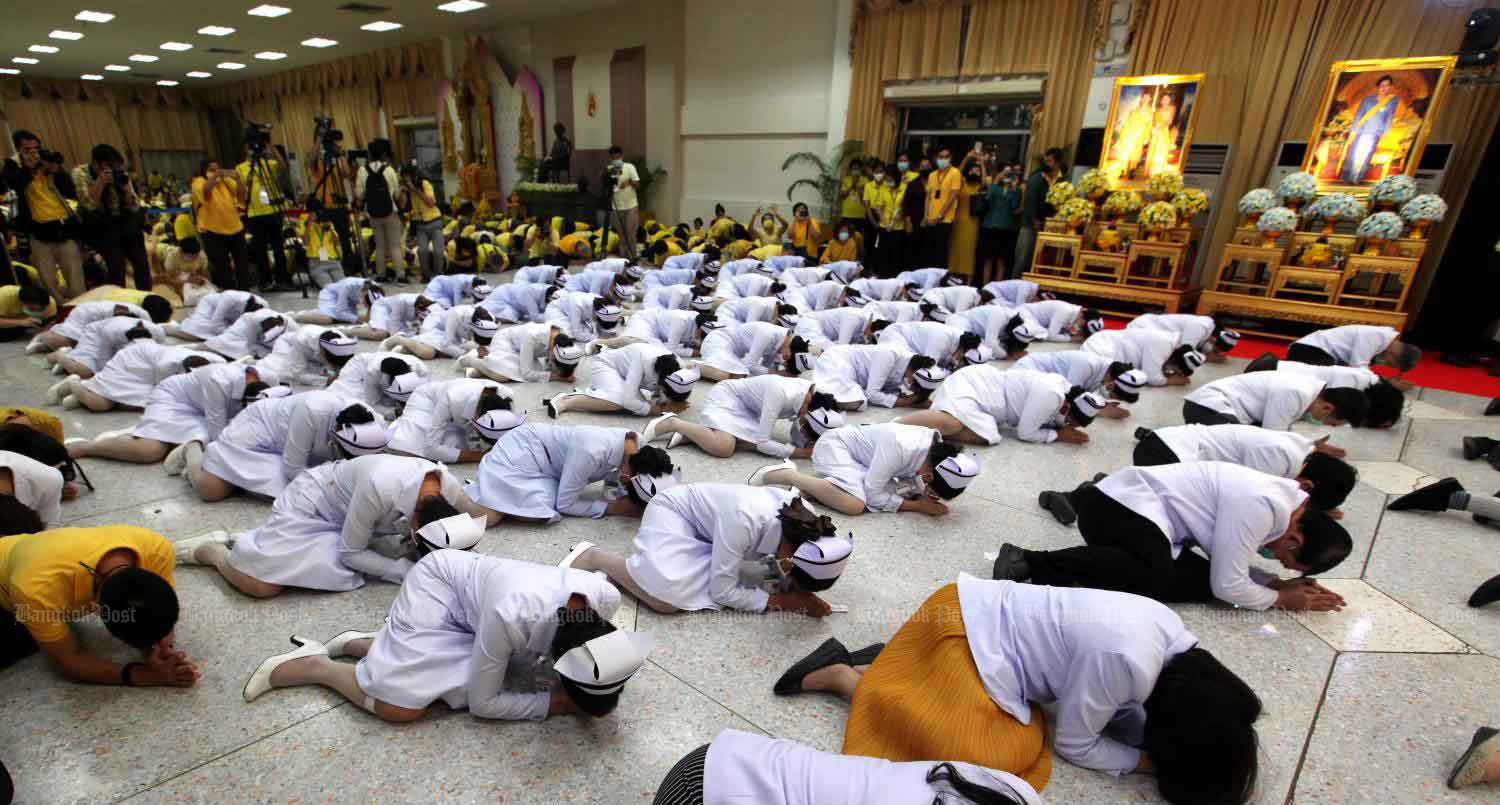 Siriraj Hospital staff prostrate before photos of His Majesty King Bhumibol Adulyadej The Great and Her Majesty Queen Sirikit The Queen Mother on Tuesday at the 100th Anniversary Siriraj Pavilion to mark the passing of King Rama IX.  (Photo by Arnun Chonmahatrakool) 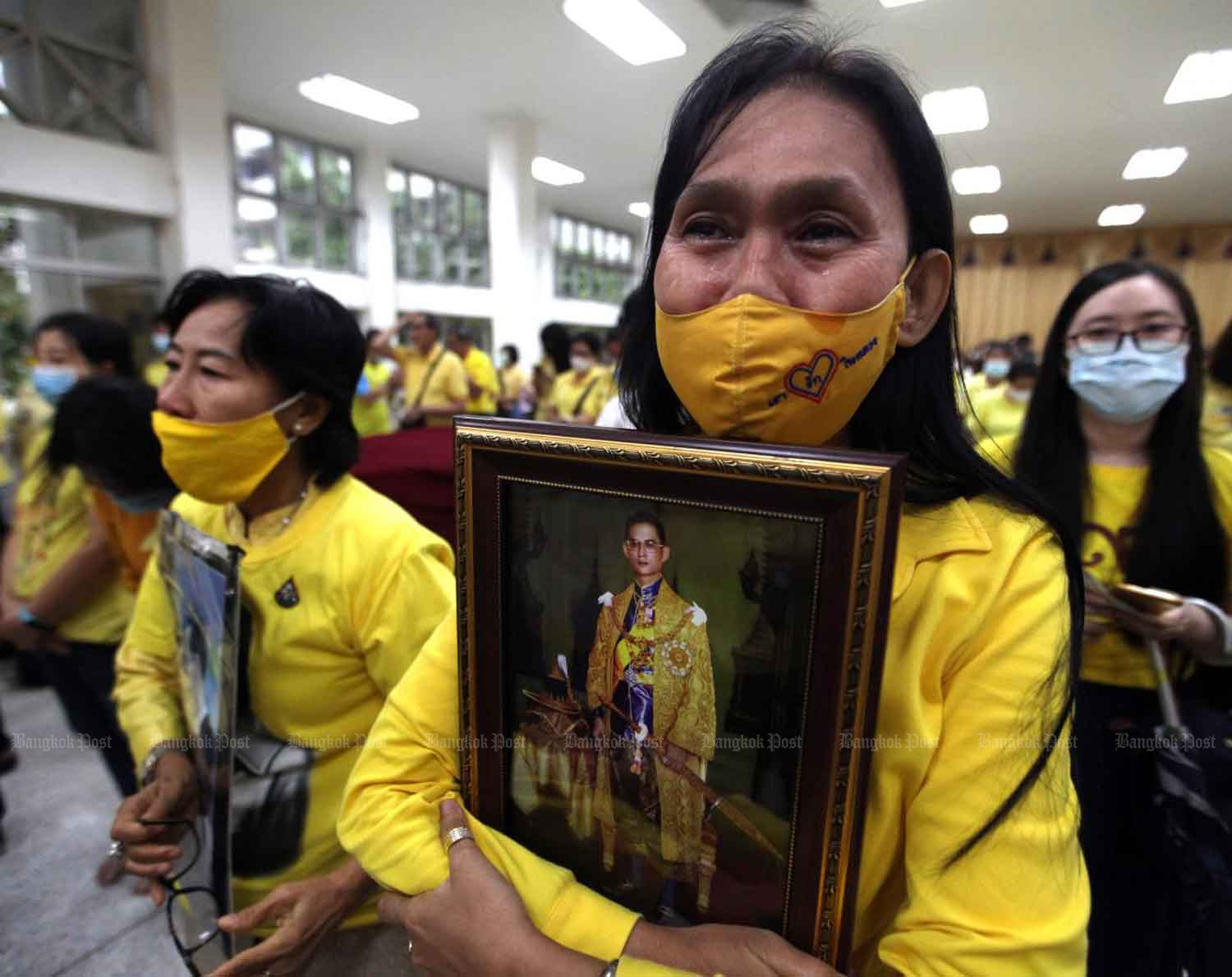 Mourners attend an event to mark the passing of King Rama IX at the 100th Anniversary Siriraj Pavilion of Siriraj Hospital. (Photo by Arnun Chonmahatrakool) 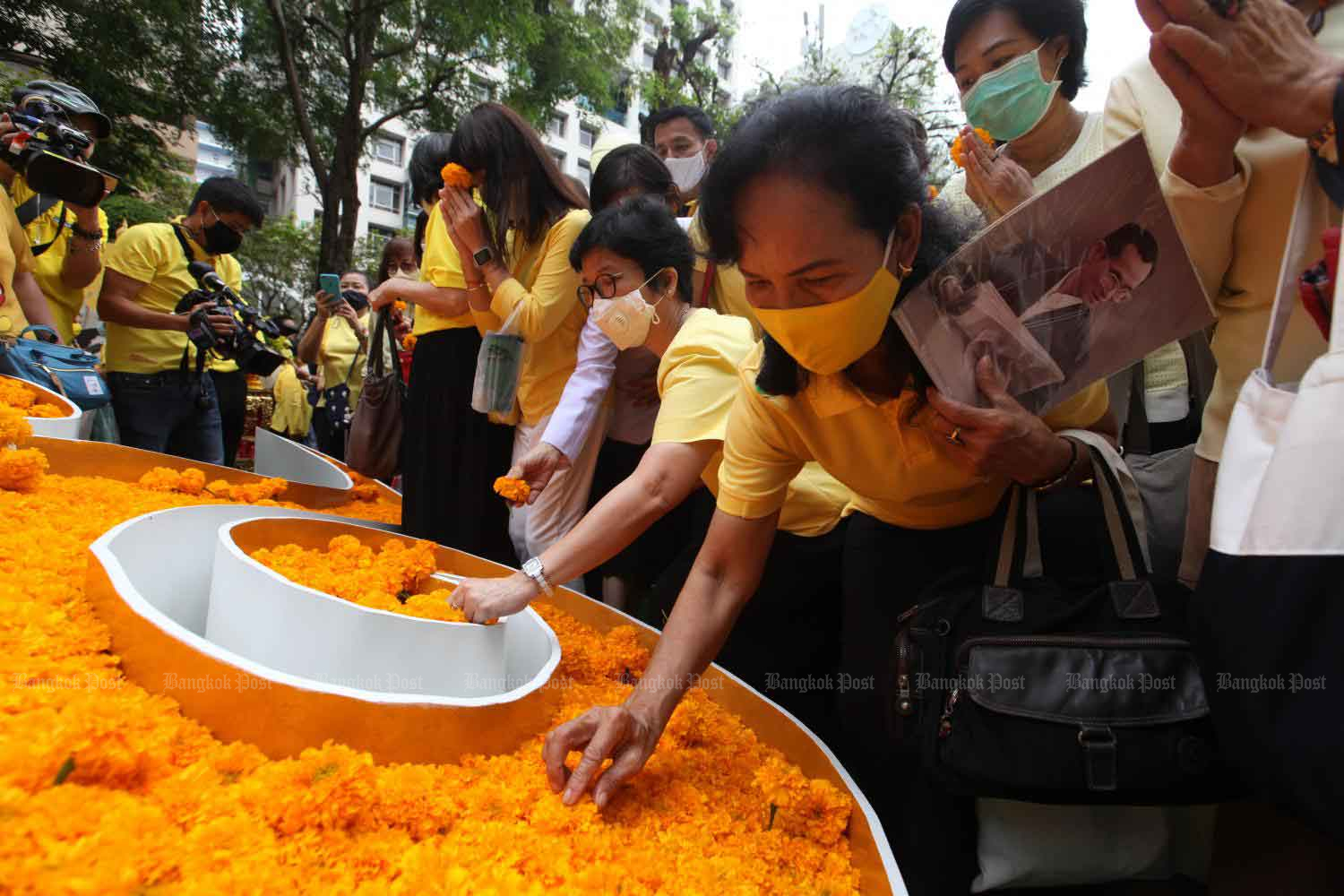 His Majesty the King granted the public permission to enter the Royal Pantheon and pay homage to the statues of previous kings which are enshrined there.

It was the first time during the King's reign that the premises have been opened to the public.

Even though Bangkok experienced heavy rain Tuesday morning, this did not deter crowds from visiting the Grand Palace to pay their respects to the statue of the much-revered late king.

Streams of people dressed in yellow queued up to enter the Royal Pantheon, with groups of 50 allowed inside at a time.

Precautions were also taken to prevent the spread of Covid-19 as visitors were required to wear face masks and use hand sanitisers.

The Royal Household Bureau will allow the public to pay their respects again on Oct 23, which is King Chulalongkorn Day, and on Dec 5, which is the birthday of King Rama IX.

Pattarawan Kaewsrirawong, 37, from Bangkok's Thawi Watthana district, said she and her mother came to pay homage to the late king's statue as they still hold the memory of their beloved king dear to their hearts.

"We learned that the Royal Pantheon would be open today [Tuesday] so we arrived here early in the morning only to find that there was already a long queue in front of us. There was heavy rain, but no-one was disheartened. This is another day to remember. It shows Thais remain loyal to the royal institution," Ms Pattarawan said.

The new round of the Covid-19 pandemic, which has seen a surge in the numbers of infections and deaths, has led to feelings of depression in most Thai people, a survey by Suan Dusit Rajabhat University,or Suan Dusit Poll, reveals on Sunday.