SAMUT PRAKAN: An Argentinian man was arrested and charged with growing cannabis after 108 plants were found at his townhouse in Muang district.

Police with a  warrant issued by Samut Prakan court searched the two-story house at Fuengfa housing estate on Monday, acting on a tip-off.

They found 108 cannabis plants, each about 1.5 metre high, growing in pots in the garden.

The tenant, Sagas Nur, 35, of Argentina, was detained for questioning at Bangpu police station.

He had rented the house four months ago and had bought seeds online. His Thai girlfriend bough the soil and other equipment.

He had planted two previous crops, but the quality was too poor to make cannabis oil, police said.

The third time the quality was good enough, but police arrived before he harvested the crop.

Police initially pressed charges of producing and having a category 5 narcotic in his possession. He was being held in custody for legal action. 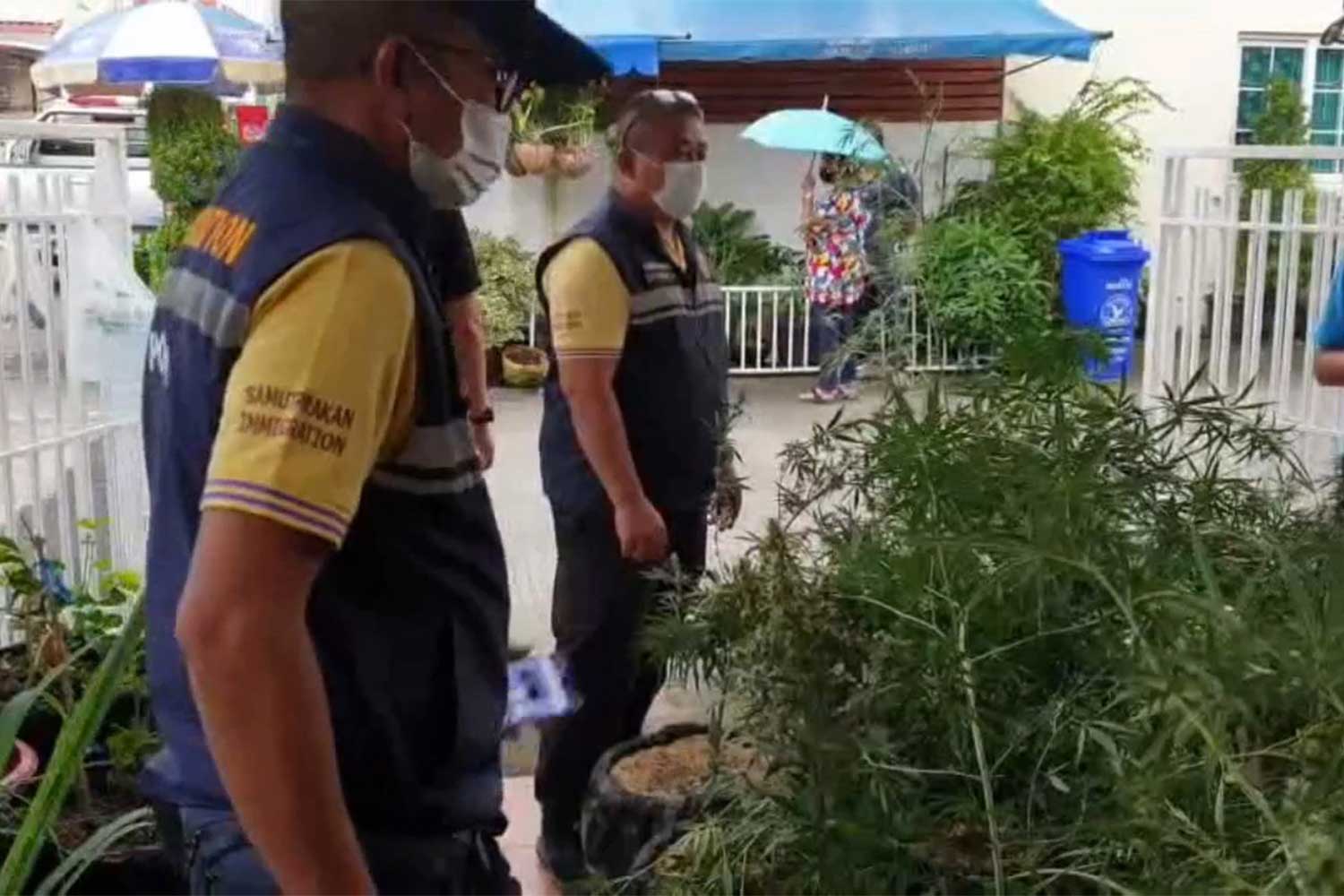 Police with cannabis growing in pots at a townhouse rented by an Argentinian in Muang district of Samut Prakan. (Photo: Sutthiwit Chayutworakan)