The gunfire occurred in an alley along south-bound Asia Road leading to Pa Pak-Han Thao route in Pa Bon district of this southern province. Three suspects were on board a white pickup truck which was blocked by two police vehicles in the area. The gunfire then erupted at around 9pm.

During the clash, one of the suspects was shot and seriously wounded. All three suspects were apprehended. They were identified as driver Chakkri Srichangsom, 33, Thawat Boonchurak, 33, both from Prachuap Khiri Khan, and the injured man, Santichai Seekhunthod, 30, of Lop Buri. Mr Santichai was sent to a hospital.

Pol Col Somchai Chanyang, chief of Pa Pon police station, led officers to inspect the scene of the clash. Seized from the pickup truck were 10 travel bags containing 200kg of crystal methamphetamine, police said. A pistol with 10 rounds of ammunition was found in the suspects’ pickup truck.

According to the police interrogation, the three suspects had been hired for 50,000 baht each to transport the crystal meth from Muang district in Prachuap Khiri Khan to Phatthalung province, where it would be delivered to a drug dealer there. 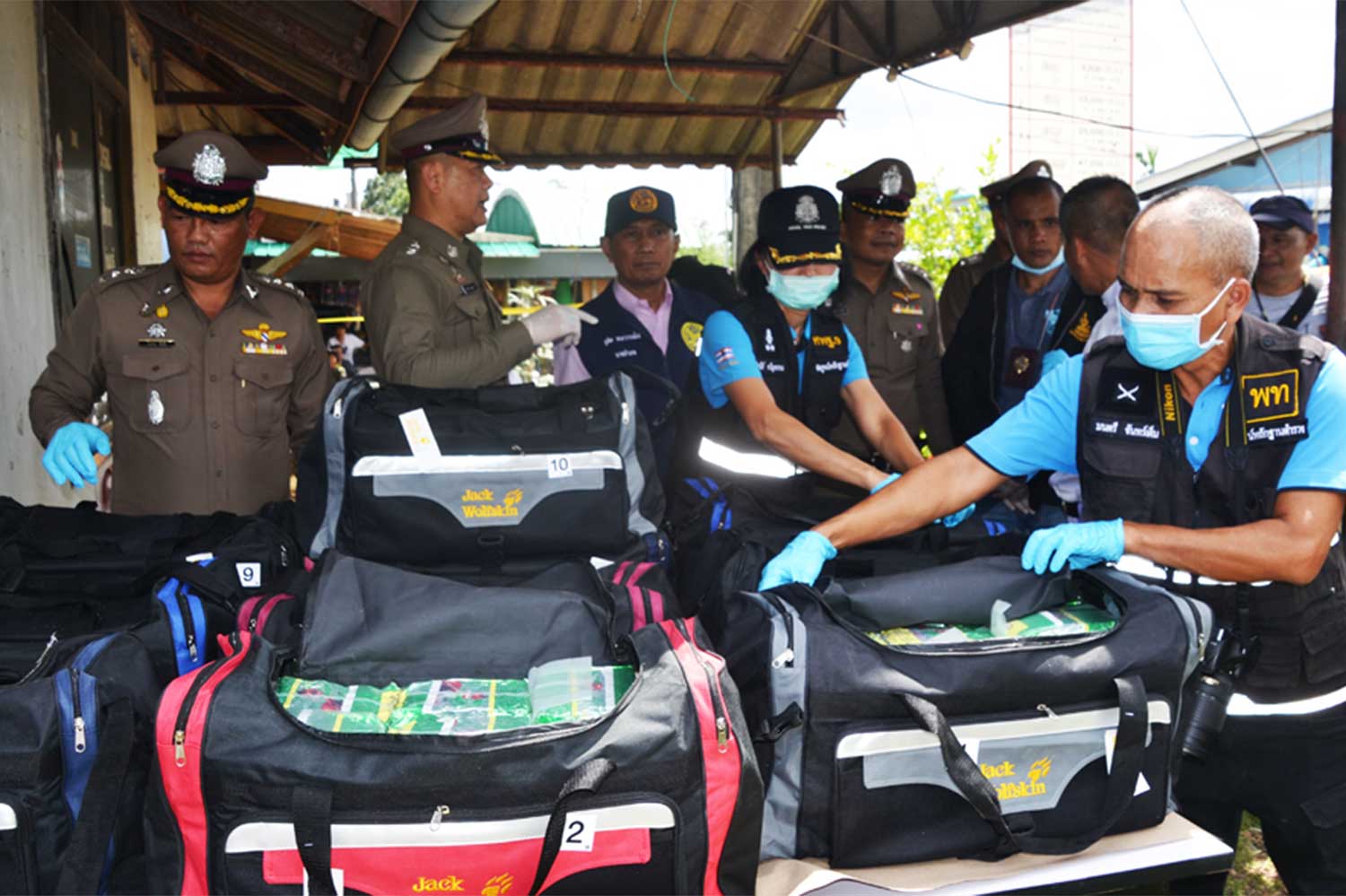