Man who held up picture of Rama IX, former protest-leader monk singled out

Their Majesties talk to people waiting to pay respects to them near the Grand Palace on Friday evening. (Photos by Pattarapong Chatpattarasill)

Their Majesties have thanked supporters, including a former yellow-shirt co-leader and a man who this week raised a photo of King Bhumibol near a rally site of young demonstrators, some of whom have been demanding reform of the monarchy.

The King and the Queen on Friday evening presided over a religious ceremony marking the memorial anniversary of King Rama V at the Amarin Winitchai Throne Hall in the Grand Palace. Accompanying them were the King’s daughters — HRH Princess Bajrakitiyabha Narendiradebyavati and HRH Princess Sirivannavari Nariratana Rajakanya.

On their way back to Amporn Sathan Residential Hall at Dusit Palace near the Royal Plaza, people wearing yellow, the colour of the King’s birthday, lined the streets to pay respects to them while chanting “Long Live the King”.

Their Majesties stopped a few times along the way to greet their subjects, including in front of the First Army Area headquarters on Ratchadamnoen Nok Avenue. The overjoyed people later shared clips on social media.

In one, a Facebook user by the name of Thitiwat Tanagaroon posted a video showing the Queen pointing to a man and saying to the king: “This man held a poster amid the protesters. Thank you very much. I remember. Thank you so much.”

The King thanked him again and the man said this was the greatest moment of his life.

The Queen also thanked the man and said: “We’re so proud of what you’ve done. Thank you so much.”

On Wednesday, the man was in the news when he held a large photo of King Bhumibol and the Queen Mother above his head at Central Pinklao mall near a crowd of protesters from the Ratsadon movement.

Another video was posted on Facebook under the name of Luang Pu Buddha Isara. The post read: “Thank you …” with a video showing His Majesty touching the shoulder of a man in white twice while talking with him.

The man was Suvit Thongprasert, formerly Luang Pu Buddha Isara, a co-leader of the People’s Democratic Reform Committee protests, which brought down the Yingluck Shinawatra government and culminated in the military coup in 2014.

Mr Suvit had asked his supporters to join him in a show of force to protect the royal institution on Oct 14.

Another video showed people changing their chants from the traditional “Long Live the King” to “Keep Fighting, King”.

The clips have been shared widely and hashtags related to the occasion — #กล้ามากเก่งมากขอบใจ #ในหลวงสู้สู้ #23ตุลาวันตาสว่าง — were trending on Twitter. They translate roughly as “Very brave, excellent, thank you very much”; “Keep fighting, King” and “October 23, enlightenment day”. 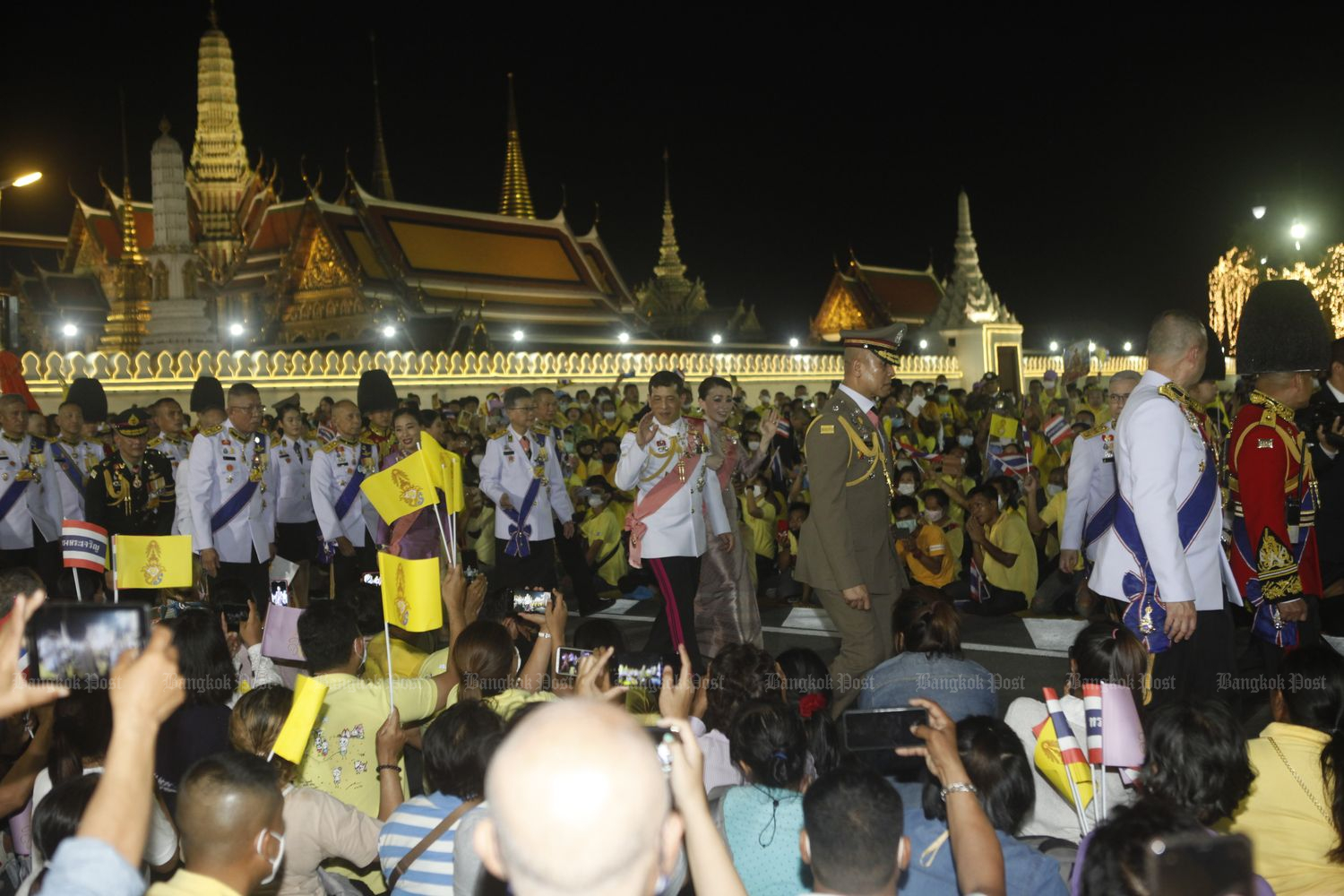 Deputy Prime Minister and Foreign Minister Don Pramudwinai has extended his condolences over the murder of a Swiss government official in Phuket.

There were record highs of 191 more Covid-19 fatalities and 21,379 new cases over the past 24 hours, the Public Health Ministry reported on Friday morning.