Six people have been arrested on charges of running an online gambling ring with tens of billions of baht in circulation, following police raids at a hotel on Koh Samui and other sites

They were arrested separately at a hotel in Koh Samui and other venues, said Pol Lt Gen Torsak.

Seized from them were about 50 million baht in cash, eight luxury cars and five guns with ammunition. (Story continues below) 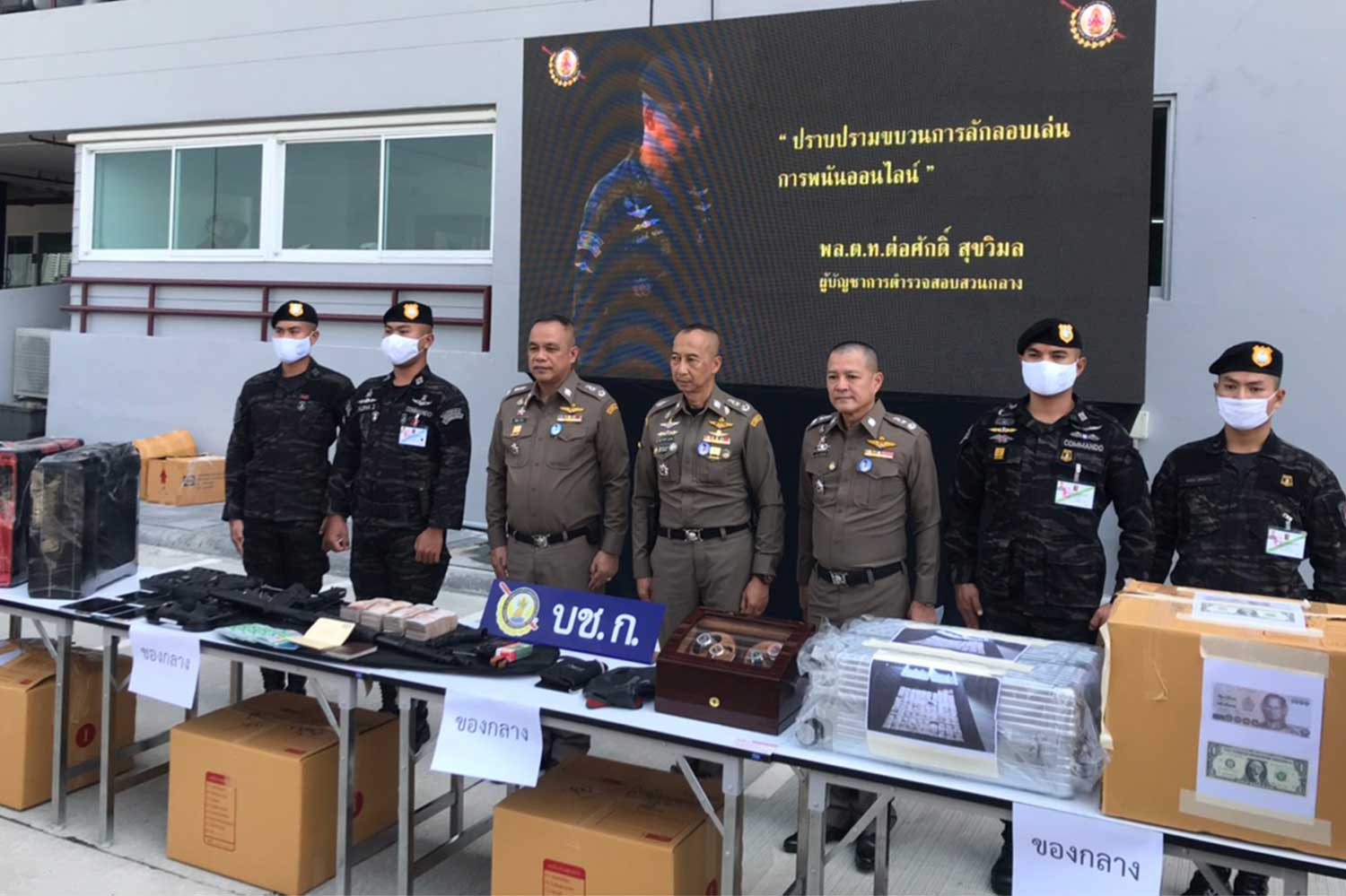 Police display seized items, including 50 million baht in cash (inside boxes) and other valuables from a major online gambling network during a briefing on Saturday. (Supplied photo)

Investigators spent more than three months looking into the operations of Mavinber.com. The website provided several types of gambling, including underground lottery betting, football and casino gambling. It reportedly had tens of billions of baht in circulation. The website owner and his accomplices allegedly used money acquired from the gambling operation to run other businesses and buy luxury cars, houses and condominium units.

The CIB then sought court warrants to arrest seven people, six of whom were caught while one fled abroad, said Pol Lt Gen Torsak.

The operation had been running since October 2018. Some members had been caught earlier in Chon Buri. Operators later changed the name of the website but it still used the old URL, said the CIB chief. The website ran on a server abroad, he added.

All of those arrested were charged with colluding in running gambling and money laundering and are in police custody pending further legal action. The investigation is being extended to find others involved.