Floodwater at Wat Thammathanwanaram and surrounding houses in tambon Lam Moon, Nong Sung district of Nakhon Ratchasima on Wednesday. The forecast is for heavy rain throughout Thailand over the next three days, as Typhoon Molave moves into Vietnam.(Photo: Prasit Tangprasert)

Flooding was reported in six provinces on Wednesday, with heavy rain and flash-flood warnings for all five regions into Friday, as Typhoon Molave moves into Vietnam.

The Department of Disaster Prevention and Mitigation said flooding triggered by days of heavy rain and runoff had hit 2,299 villages in 140 districts of 34 provinces across the country since Oct 7.

A total of 88,346 households were affected by the flooding, which claimed five lives (one each in Chanthaburi, Trang and Prachin Buri) and injured 3 people in Sing Buri, with one person missing.

In Nakhon Ratchasima, the Moon River burst its banks on Wednesday, flooding a temple, schools and houses along the river.

Monks were evacuated from Wat Thammathanwanaram in tambon Lam Moon, Nong Sung disrict, and were staying in tents set up along a road. The floodwater rose to almost two metres deep at the temple. (continues below) 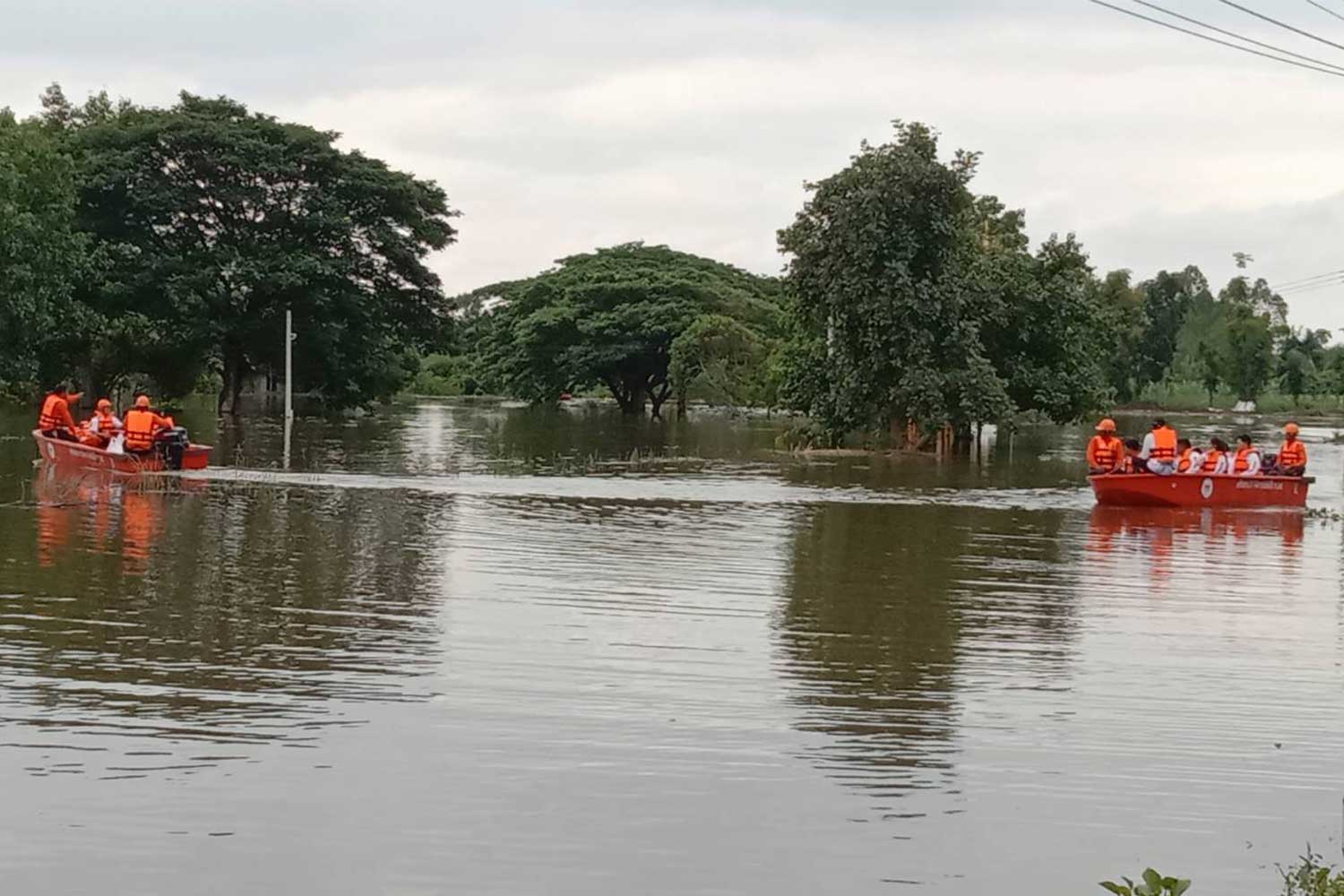 Many houses near the temple were also flooded. Rescue workers in motorboats provided assistance to monks and local residents.

Two schools were forced to close in tambon Lam Moon in Nong Sung district on Wednesday, at Ban Non Manthed and Ban Nong Jod. Floodwater in the school grounds was about half a metre deep.

About 500 households in seven villages of the district were affected.

Nakhon Ratchasima governor Wichian Chantharanonai said on Wednesday a warning had been issued for residents in the two districts of Pak Thong Chai and Chok Chai.

They should prepare for more flooding as Lam Phra Phloeng dam would discharge more water to make room for expected heavy rainfall from Typhoon Molave, now approaching Vietnam, through into Friday. 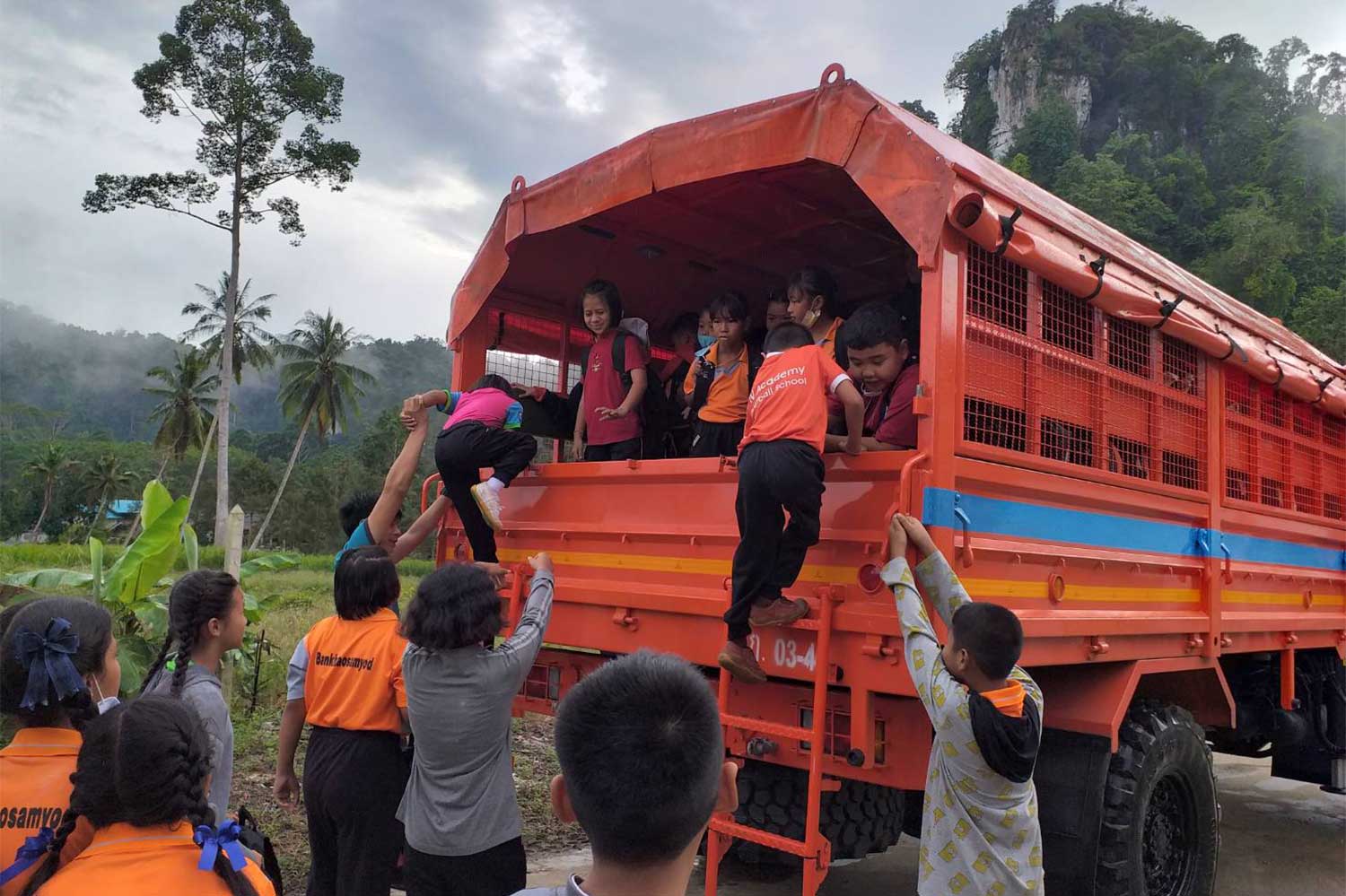 On Wednesday, the Meteorological Department said the category 5 typhoon was over the middle South China Sea and moving west-northwest at about 30kph. It was expected to make landfall over middle Vietnam on Wednesday morning. It would then downgrade to category 3 (tropical storm) before entering Thailand.

The department's forecast is for the westerly wind across the Andaman Sea, the South and the Gulf of Thailand to strengthen. This will cause isolated to heavy rain with strong winds in upper Thailand, especially the lower Northeast on Wednesday and Thursday.

It warned of storms in many areas in all five regions from Wednesday to Friday.