The Criminal Court on Wednesday dropped the contempt of court charge against Parit "Penguin" Chiwarak, leader of the anti-government Free People group after he apologised for his actions.

The court on Wednesday considered the case in which Mr Parit was charged with contempt of court for directing people to gather at the court on Aug 8 and obstruct the legal proceedings in the court case involving protest leaders Arnon Nampa and Panupong Jadnok.

Mr Parit, now detained in prison on charges connected to the anti-government protests, flashed a three-finger salute while he was being taken to the court in a Corrections Department vehicle.

Mr Arnon, another protest co-leader who has been released on bail this week and immediately brought back in detention on protest-related offences, also works as Mr Parit's lawyer.

Mr Arnon told the court on Wednesday Mr Parit, a 22-year-old political science student, spoke at the Criminal Court on Aug 8 without thinking it through and that his client had no intention of disrupting the court's proceedings. 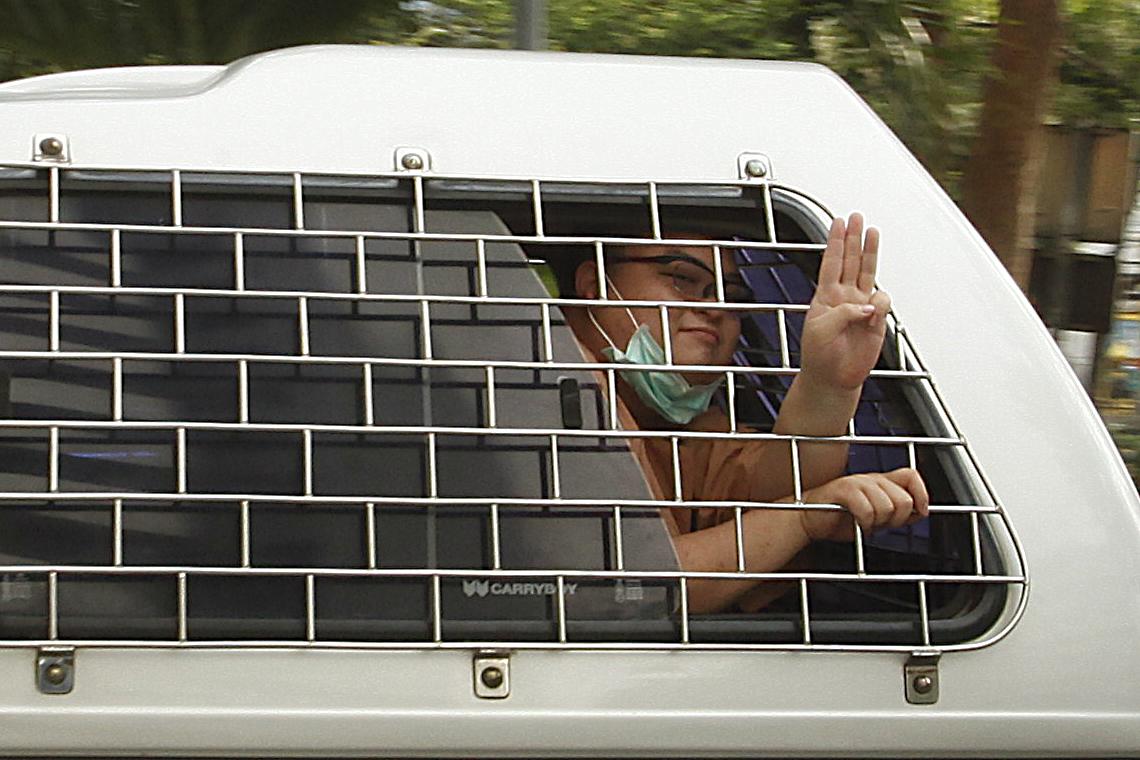 Parit 'Penguin' Chiwarak flashes the three-finger salute while being taken to the Criminal Court. (Photo by Pornprom Satrabhaya)

Mr Parit has accepted that his action was not appropriate and promised not to break the law again, the lawyer said.

The court reprimanded Mr Parit and made him promise not to repeat his wrongdoing in the future before dropping the case against him.

Also on Wednesday, four other protest co-leaders and their lawyers arrived at Pathumwan police station to acknowledge charges they face for violating the "serious" state of emergency during the Oct 16 demonstration of Pathumwan intersection.

Mr Korakot said they denied the charges and blamed the government for imposing the emergency decree without a sound reason.